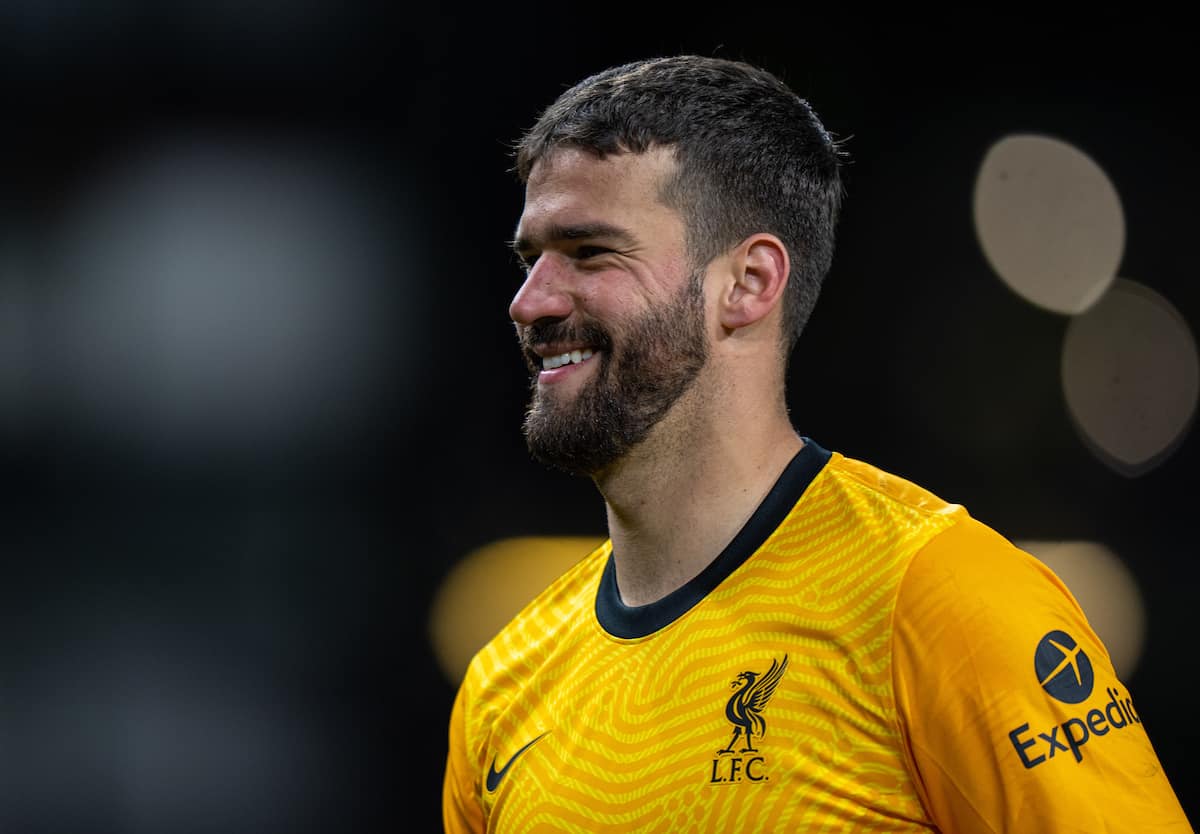 Liverpool fans get to enjoy the many talents of Alisson for another SIX years after he signed a new deal with the club, with all parties looking forward to more successful seasons ahead.

The Brazilian has been nothing short of outstanding since he landed at Anfield more than three years ago, with his prowess in goal also coupled with a threat at the other end of the field.

Responsible for countless memorable moments, that Alisson has committed to the club until 2027 ensures there will be plenty more to come in the coming years – we won’t say no to another goal!

He joins Fabinho, Trent Alexander-Arnold, Harvey Elliott and Caoimhin Kelleher in signing a new contract and he is not expected to be the last, with Virgil van Dijk, Mohamed Salah and Andy Robertson to be next in line.

The deal will take Alisson to the age of 34, meaning he is committing the prime of his career to the Reds and fans could not be happier about it.

Another six years of this fella ? pic.twitter.com/eNeafR9UbT

Liverpool’s spine committing to staying through their peak years is great news.

I don't care what anyone says, getting Trent, Fabinho and Alisson all to sign long term deals in a matter of weeks is unbelievable. We'd never be able to replace them with anyone as good. https://t.co/F4s2yhnwxY

Absolutely superb news – best in the world is here to stay until 2027? #LFC https://t.co/dxFYqKuHYt

Think of all the years our best players would force moves away at their peaks, now we’re signing them up for their best years. Alisson and Fab the most important to get done. Lovely ?

Alisson Becker is the only goalkeeper in Premier League history with a goal, an assist, a Golden Glove award and a winners' medal.

And he's staying at Liverpool. ? pic.twitter.com/UhylH6hRik

Nice to see Liverpool keep who they want to keep. The best teams prior to Klopp, Rodgers 13/14 & Benitez 08/09, consistently had their heart and soul ripped out of them. Even early era Klopp had to deal with losing Coutinho.

The Reds are now in a much stronger place.

Really glad we tied Alisson down before Spurs came sniffing around, seeking to replace Kane as their main goal threat.

Another key player tied down to a long-term contract. Having a goalkeeper of Alisson’s quality has made a huge difference – at both ends of the pitch. Great to see the spine of this team being secured for the next several years.

These contracts represent Liverpool’s change from a stepping stone to the final destination, no longer is a fake back injury the headline but it is instead that the players are here to stay.

Alisson is a key part of the jigsaw and his continued presence in goal provides a formidable foundation of which to build off each and every season.

The investment into the current squad will no doubt reap its rewards and as abovementioned, the club are not finished here.