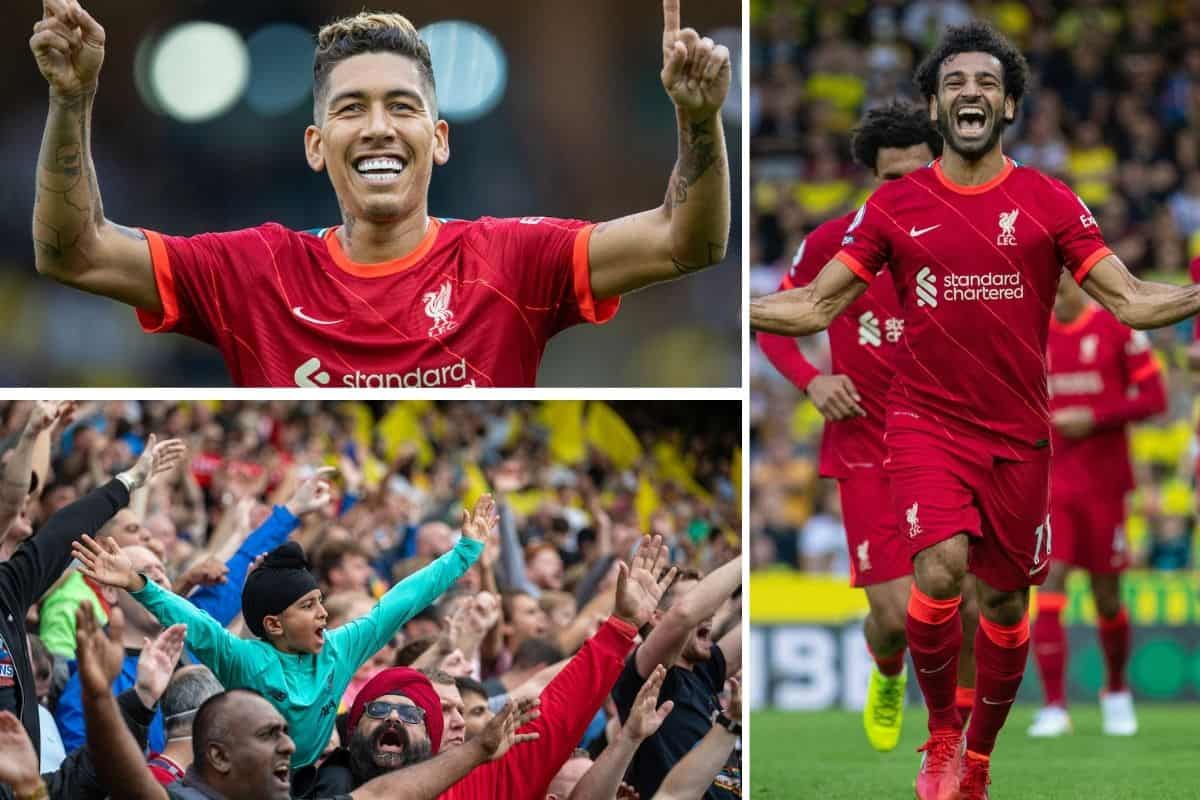 A win over Norwich by a three-goal margin kicked off the season, just as it did two years ago when the Reds went on to win the league.

Here’s the best pictures from Carrow Road, as the Reds returned with a bang – on the pitch and in the stands!

Captain for the day in the absence of Jordan Henderson was James Milner, appearing in his 20th season in the Premier League. 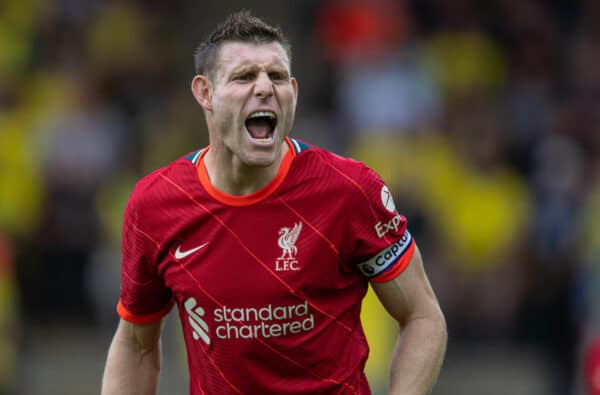 Virgil van Dijk was making his first start for over 300 days, a very welcome sight – and a clean sheet alongside Joel Matip in the heart of defence. 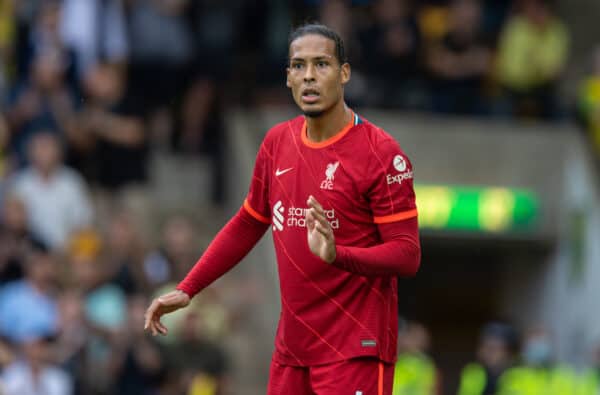 Diogo Jota, given the nod over Roberto Firmino up front after the Brazilian’s later return in pre-season, got the opening goal of the game and the season. 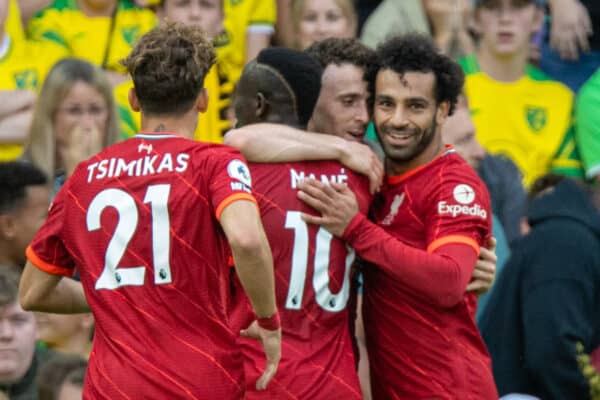 Carrow Road is always a good away day and the travelling Kop, for the first time since March 2019, was in full voice. 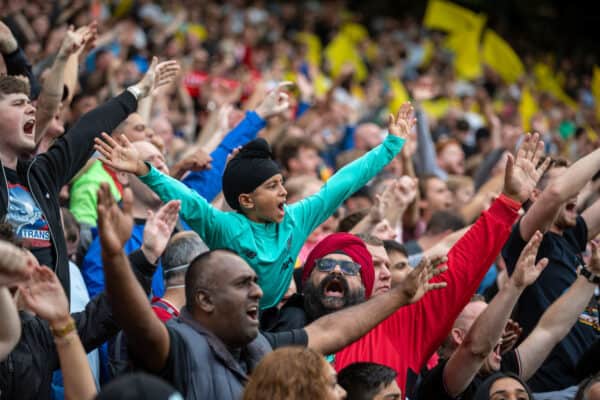 Minutes after coming on, Firmino got on the scoresheet, slotting home from Mo Salah‘s cross.

And then it was for Salah to get his customary opening day goal – in doing so setting a new Premier League record by scoring in five consecutive opening day fixtures. 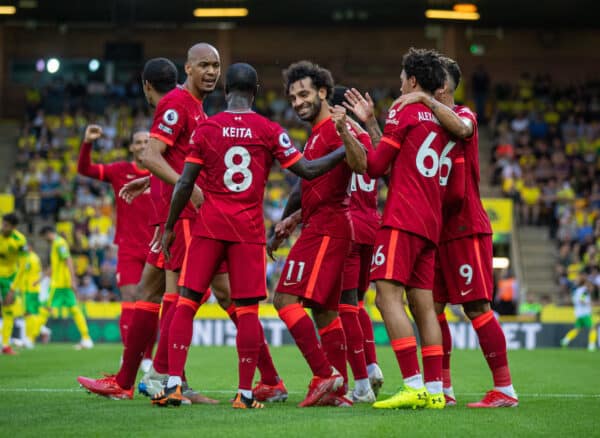 Jurgen brought on Harvey Elliott late on, because, why not eh! 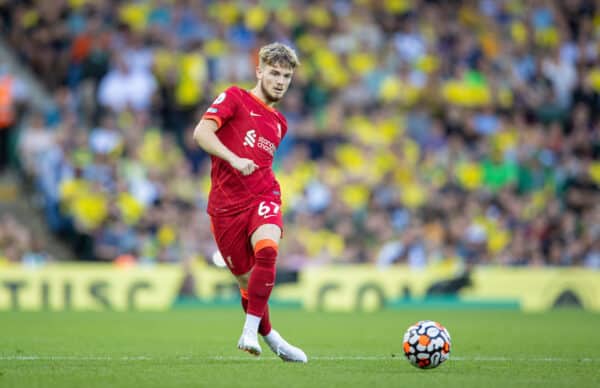 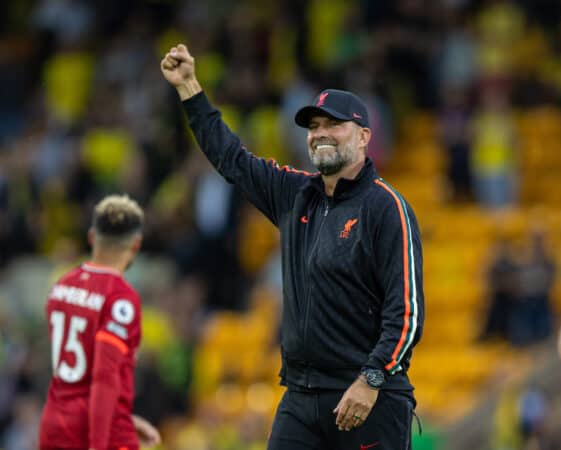