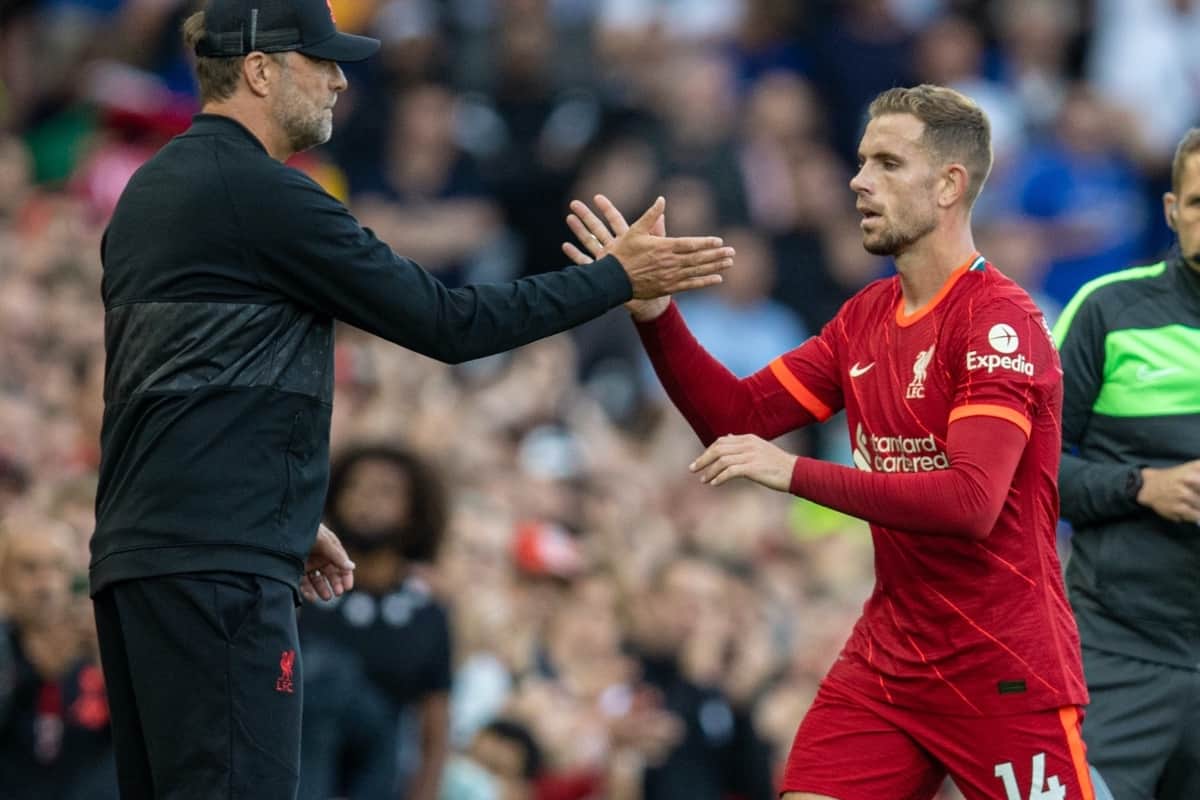 Liverpool began transfer deadline day with the announcement that Jordan Henderson has signed a new four-year contract, which prompted a cynical response from fans.

The Reds are not expected to be busy ahead of Tuesday’s 11pm deadline, aside from a handful of departures, the majority of which are academy youngsters.

But the club provided good news just over 13 hours before the transfer window closes in that Henderson has put pen to paper on a deal that keeps him at Anfield until 2025.

By that point, Henderson will be 35, which ensures he remains a Liverpool player through his peak years – which, he insists, he is just coming into.

Given the nature of modern football and how it is consumed, many supporters’ focus is tuned to transfers more so than the games themselves, which is unlikely to change as the years go by.

It is unsurprising, then, that with Roberto Firmino currently sidelined and the Reds arguably in need of a new midfielder and forward, response to the Henderson announcement was not wholly positive.

Many fans took to Twitter to point out the unfortunate – and certainly deliberate – timing of the news on deadline day:

Jordan Henderson staying at Liverpool is good news. Announcing this agreement on transfer deadline day is an *interesting* move.

Announcing Henderson's new deal on deadline day, when no signings are clearly going to be made, is a bold move.

I'm delighted with the news, don't get me wrong, but it's not going to be met with the overriding positivity it deserves, and rightly so.

Great to have Henderson's situation resolved, not so great for the club to use him as a pawn on transfer deadline day.

Henderson’s deal was agreed in principle 2 weeks ago.

Why wait til deadline day to announce!?!

Happy for Henderson but it was so obvious that was going to happen. Announce a contract that’s been agreed for weeks on deadline day to distract fans from no signings. They’ve been drip feeding contracts all summer. PR is unmatched

Announcing Henderson’s contract on transfer deadline day is elite level bullying of the LFC Family from the club. Hats off

The overall reaction to Henderson’s contract was mixed, with most fans welcoming the news but others questioning the length of the deal:

Whether everyone wants to acknowledge it or not, Jordan Henderson is still very much the heartbeat of this Liverpool side, fantastic news! https://t.co/yS67Shv5du

I know people will say it's just a distraction tactic from transfer news.

Our captain, our leader. He sets the tone for so much of what we do.

Great news. Jordan Henderson has signed a new long-term deal at #LFC. He has extended his Anfield commitment to 2025.
Convenient its announced on #TransferDeadlineDay to cover up, nothing else will happen today? I hope I'm wrong! ?

It's summer 2024 and Liverpool fans have been told they just have to understand new signings arent possible this window because 35 yo Jordan Henderson's wage's are still on the books.

It is certainly a difficult situation, as though Henderson’s contract is undoubtedly good news for Liverpool – as he is an excellent captain and a top-class player – there are caveats to consider.

There is still time for new additions on Merseyside, of course, but the announcement of an extended deal for the No. 14 is likely the big reveal out of the way early for deadline day.