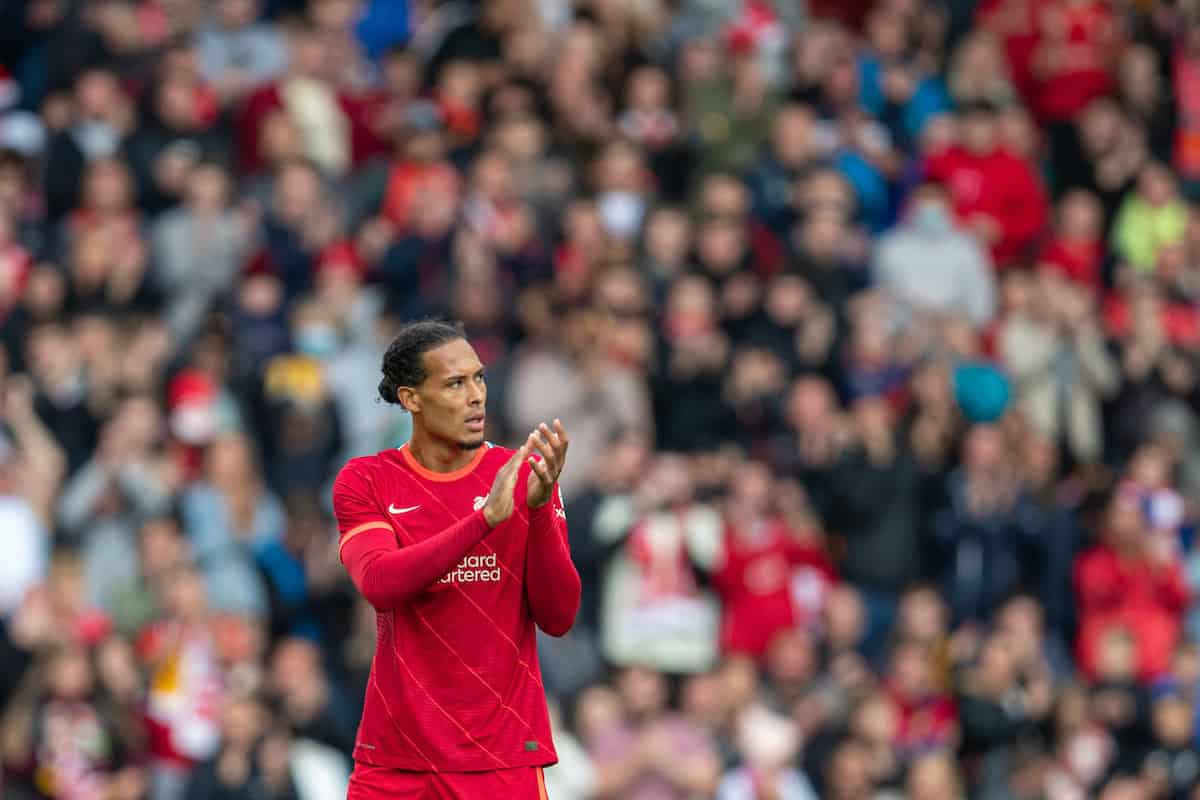 He’s our centre-half…and he’s signed on for another four years at Anfield, a new deal that will take him to 2025 and fans were thrilled with the news on the eve of the new season.

It’s been a summer of tying down the cornerstones of Jurgen Klopp‘s side, with Virgil van Dijk joining Alisson, Fabinho, Trent Alexander-Arnold and Harvey Elliott in committing their long-term future to Liverpool.

There will undoubtedly be more in the pipeline in what is another nod to the fact that the Reds are no longer a stepping stone but the final destination.

While new signings have been in short supply, Liverpool’s stance is one that keeps world-class talent at their disposal for the foreseeable future and Van Dijk’s signature is a lucrative one.

The No. 4 was a sorely missed figure last season but is ready to hit the ground running on Saturday, with a start expected for the first time since October 17.

And Reds were delighted following the news of Van Dijk’s commitment to the club being extended to 2025.

Huge news and a massive boost ahead of the new season ?

In an era where contracts mean very little; see Suarez & Coutinho. It’s refreshing to feel like #LFC, at current, is closer to being the pinnacle of a players career rather than a brief stepping stone.

Instalment three this summer of Liverpool tying down to a world class player to spend their peak at the club. Brilliant. https://t.co/8fIHjqzi7f

76% – Since Virgil van Dijk's league debut for @LFC in January 2018, he has won 72 of his 95 @premierleague games with the club (76%); this is the best win rate of any player to make 80+ appearances in the competition in this time. Colossal. pic.twitter.com/plcvywYQNa

VVD, Trent Alexander Arnold, Alisson and Fabinho all wouldn't have signed new deals if they hadn't been given some assurances about the club's future. Just saying

Next up, Mohamed Salah.

For me, this is a strong transfer window. https://t.co/wvhfC4VBcn

Whilst a lack of new signings can be frustrating, I’d much rather this scenario than 2010-15, where we’d sell our best players every year and chuck all the money at mid table dross. https://t.co/e7iLv67M9F

? The thirst for new arrivals will always be there – and I still think #LFC could do with one more – but tying down existing stars should recognised too.

World-class talents tied down, some of whom there are no better players out there in their position.

It’s another momentous day for the Reds as faith is shown by Van Dijk for the next chapter under Klopp, in which the centre-back will play a significant role in.

A leader, world-class operator and much-adored figure, the Dutchman’s new contract will take him to the age of 34 and considering FSG’s contract policy, it’s a clear indication of how highly he is regarded.

And the good news keeps on coming, with Van Dijk firmly in the running to make his competitive return in Liverpool’s opening game at Norwich on Saturday.