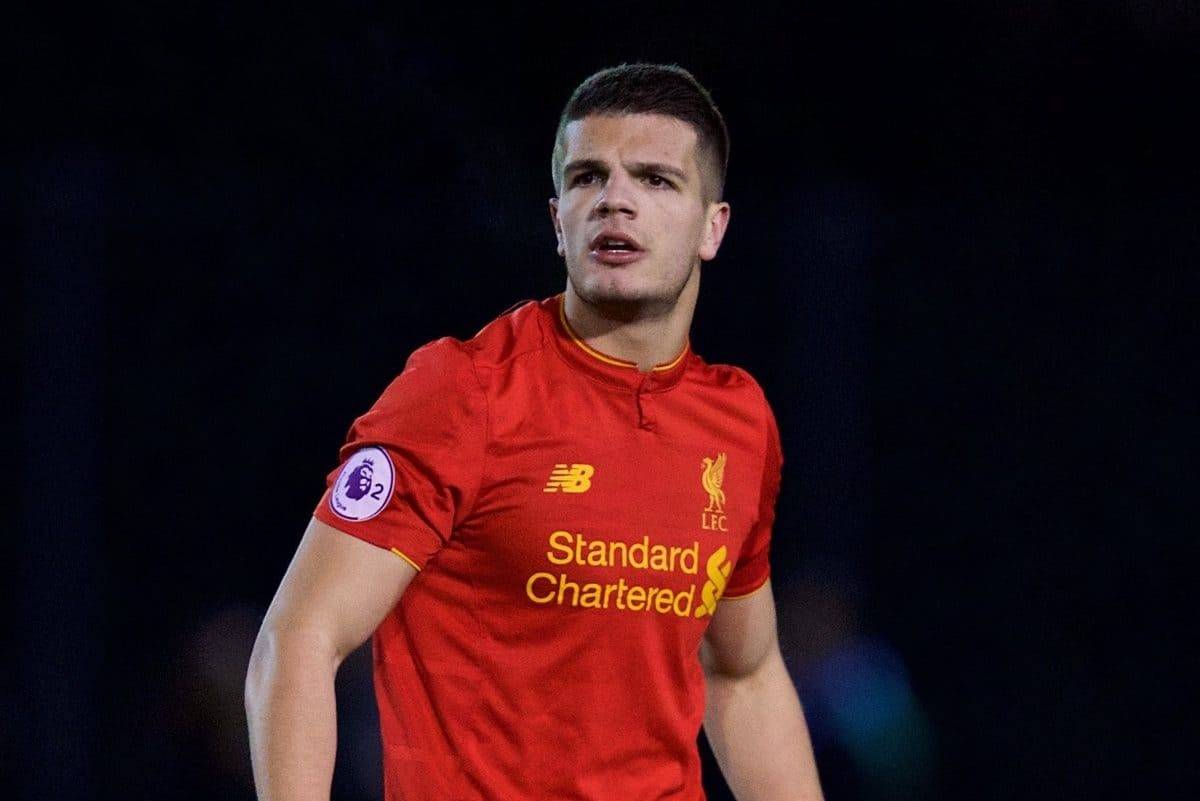 Ex-Liverpool academy youngster Tom Brewitt has conceded he regrets never having “the bottle” to knock on Jurgen Klopp‘s door and pick his brains.

The Reds have seen an abundance of talent rise through the ranks and make a long-lasting impact in the first team, but a future with the senior side is not always a reality.

And that was the case for Brewitt, who spent more than 10 years with Liverpool’s academy before leaving in 2017 after never having made an appearance for the Reds’ first team.

He did, however, have a taste of being involved in training at Melwood, first with Brendan Rodgers alongside the likes Steven Gerrard and Luis Suarez and then with Jurgen Klopp.

It was with Rodgers that the youngster felt he had a chance to “make it” but the departure of the Northern Irish manager made for uncertain times as Klopp then arrived in October 2015.

Then a teenager playing for the under-23s, Brewitt saw his opportunities limited and he cut a frustrated figure and looking back he “regrets” never having knocked on Klopp’s door to ask how he could carve out a chance for himself.

“I had a great relationship with [Rodgers] and his staff. They made me believe that I had every chance I could make it. It was a wonderful time in my career and I enjoyed every second of it,” Brewitt said, via Planet Football.

“Michael Beale could see that I was frustrated and asked me what was wrong. When I said I wanted more opportunities with the first-team squad, he told me I should go and knock on Jurgen’s door.

“I just didn’t have the bottle to do that as a 19-year-old. I didn’t have the same relationship with Jurgen as I did with Brendan. Looking back, I really regret not doing so.

“I wish I had picked Jurgen’s brains and for him to tell me what I needed to do to get an opportunity. My last year at Liverpool was a difficult time, but I learned a lot from it.”

Brewitt struggled to find a permanent home after leaving for Middlesbrough in 2017, but now 24, he has moved across the Atlantic and is plying his trade with Tacoma Defiance, MLS club Seattle Sounders’ second team.

It’s a new chapter after his training to become a coach which did see him return to Kirkby and have spells with AFC Fylde and Morecambe – and the chance in the States is one that came from his ties with former Liverpool academy coach Gary Lewis.

“Playing in the USL is hopefully giving me the chance to showcase what I can do and to give me the opportunity to play in MLS,” Brewitt, who now has 14 appearances with Tacoma, said.

At the end of the storm…

Delighted to be signing for the @SoundersFC franchise and @TACdefiance . Been a long time coming but I can’t wait to get out there, get to work and to call this place home.

“MLS used to be seen as an opportunity for international players towards the end of their careers, but now it is a fantastic career path for younger players building their careers.

“Before I came to Seattle, I asked Stevie [Gerrard] about his time with Los Angeles Galaxy and how it compared with England.

“He told me they can’t really be compared because, in the States, the picture is so different. One game you are playing in the heat, and then the next in the snow.

“You’re flying everywhere and playing games every few days. I definitely think it can only benefit me in the long term.