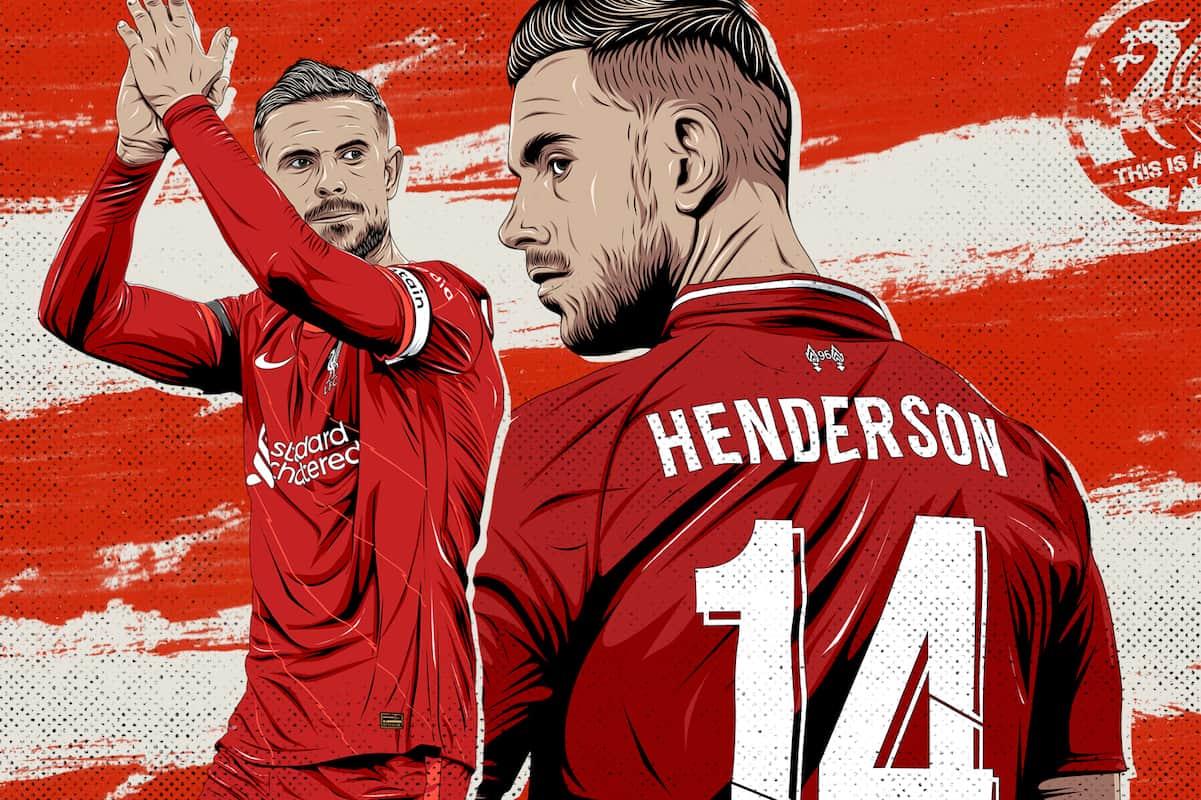 Jordan Henderson should play out his career at Anfield after signing a new four-year contract that keeps him at the club until he is 35.

After speculation over his future following turbulent initial contract talks, the captain is not going anywhere anytime soon.

Henderson has experienced a catalogue of ups and downs since landing at Liverpool back in 2011 but has shown what the power of perseverance can do with his name already one of legend.

And he will look to add further achievements next to his name after putting pen to paper on a new deal that extends his stay at Liverpool for another four years.

A stay until 2025 would take Henderson beyond his 35th birthday in what is another show of faith from the club that he can remain a key player at the top level for years to come.

“I’ve loved every minute of it, even when I look back at the tough times, I was still enjoying being a part of this football club,” he told the club’s official website, reflecting on his decade at Anfield so far.

“The longer I can do that, the better for me really. I want to be here as long as possible, I’ve always said that.

“To continue this journey is incredible for me and my family, and I hope the fans and the club feel the same way.”

The No. 14 is an invaluable member of Jurgen Klopp‘s team both on and off the field and with 392 appearances to his name to date, he could certainly look to break into the top 20 all-time appearance makers before his time is up.

The 31-year-old joins the likes of Virgil van Dijk, Fabinho, Alisson, Andy Robertson and Trent Alexander-Arnold in signing a new deal with the club to 2024 and beyond.