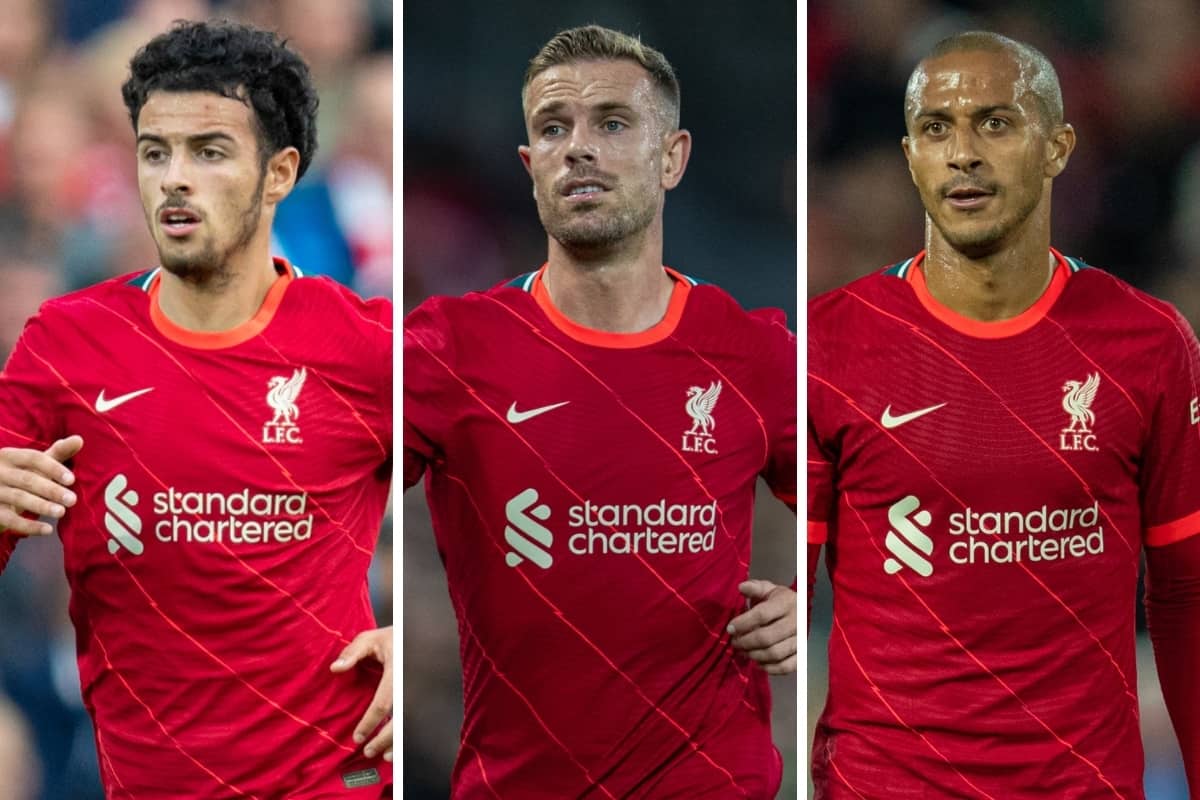 Liverpool take on Burnley in front of a full-capacity Anfield on Saturday, with Jurgen Klopp able to call upon a full complement of midfielders as three make their return.

The club has confirmed that Anfield will be full for this weekend’s clash with Burnley, which will be the first time over 50,000 supporters have been at the stadium since March 2020.

It will be a big occasion, regardless of the fixture, and the atmosphere inside the ground should be electric as Liverpool look to make it two wins from two.

Klopp witnessed a strong performance from his side as they dismantled Norwich on the way to a 3-0 victory in their opening game, which was particularly impressive given he fielded his second-choice midfield.

James Milner anchored in the No. 6 role, with Naby Keita and Alex Oxlade-Chamberlain interchanging as the more advanced midfielders, while Fabinho and Harvey Elliott came off the bench.

When considering Liverpool’s strongest midfield, at this point it is likely that only Fabinho comes into Klopp’s reckoning of those five.

That is a testament to the strength in the engine room, which will be increased as Thiago, Jordan Henderson and Curtis Jones all return to the fold for the visit of Burnley.

All three featured heavily in the 4-1 friendly win over Aston Villa on Sunday, with Henderson teeing up Kaide Gordon for his goal, adding to strikes from Divock Origi, Neco Williams and Jones himself.

It came against a relatively strong Villa side including the likes of Matt Targett, Wesley, Bertrand Traore, Frederic Guilbert and Axel Tuanzebe, serving as a useful runout for those Liverpool players who didn’t start at Carrow Road. 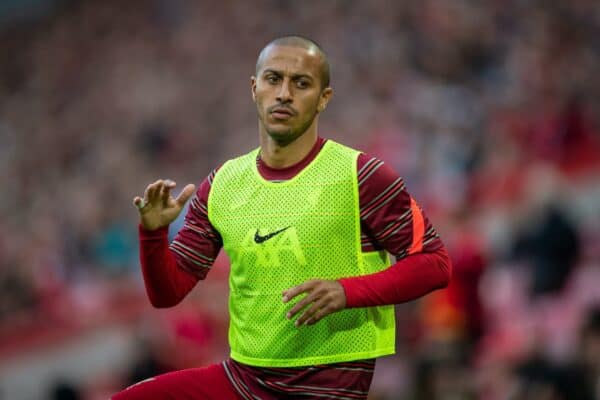 The friendly was most productive as it allowed Thiago and Henderson to build up their fitness after a late return to pre-season.

Both played 80 minutes at Anfield, which suggests they will be in the running for a starting spot against Burnley, while Jones was available after the five-day break required due to his concussion suffered against Osasuna.

Whether Klopp will turn to any of the three as starters in front of a packed Anfield remains to be seen, with Fabinho, Milner and Keita perhaps the most likely candidates.

But their availability certain makes it interesting for the manager, with there no doubt a temptation to field Fabinho, Henderson and Thiago together.

That would be Liverpool’s strongest trio at this stage on paper, with the release of the teamsheet at 11.30am on Saturday set to be a much-anticipated one.