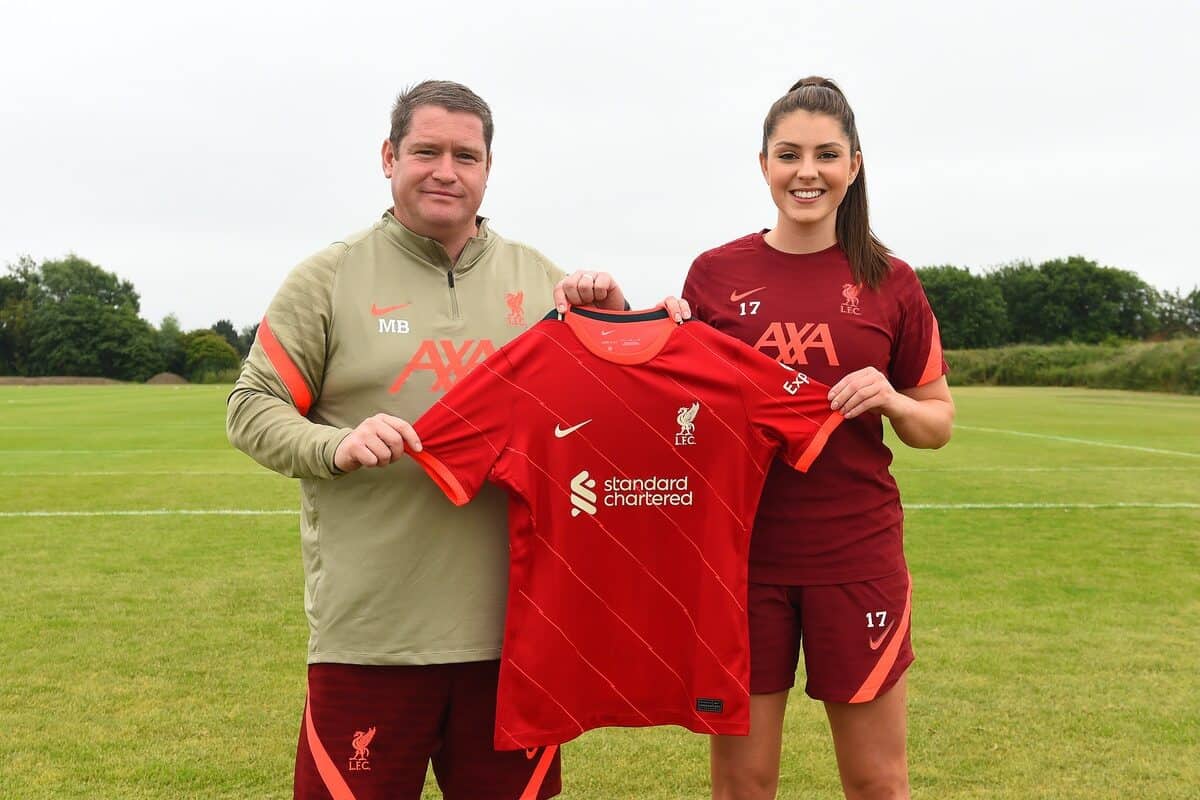 The eve of the new season is now upon Liverpool FC Women and the ambition and priority is clear, and that’s to get out of the FA Women’s Championship and “back up into the WSL.”

The Reds are under new management for the upcoming season, but it’s in the form of a familiar face in Matt Beard, who previously won back-to-back league titles with the Reds in the WSL.

Six years after his departure, he is back and ready to help steer the club back to the top division at the second time of asking after the team missed out by 11 points last season.

It has been a summer of change with seven player departures and nine new arrivals, but the objective remains the same for 2021/22, and Beard is excited to take the challenge head-on.

“Our ambition this year is to get promoted, it’s not going to be easy, it’s a tough league this year,” Beard told This Is Anfield.

“All the talks I’ve had with the club when I was in discussions about coming back and then obviously finally agreeing, I’m really pleased with how the talks have gone and the direction the club is going in.

“This is a really exciting project for me…the priority is to get out of this league, to get back up into the WSL.”

It all kicks off against London City Lionesses on Sunday in front of a home crowd for the first time since the pandemic started more than 17 months ago.

And the challenge will see Liverpool meet 11 other clubs in a bid to finish in the sole promotion spot by the end of the 22-game campaign after the division was expanded to 12 clubs this season.

It’ll be a tough ask, but Beard is optimistic over the squad he has assembled getting the job done.

“The ambition is to win a league title,” Beard continued. “There’s many coaches, managers and players that go through their whole career and don’t win anything so I think we’re in a good position to potentially win the league this year.

“I’ve got a group of players who know what this division is like and that’s the ambition, to win the division.

“I look at the players we’ve recruited and they’ve all got experience either internationally or in the division above, it creates more depth within the group we’ve got here and adds competition for places.

“To have that day in a day out is the biggest thing that will drive where we go.”