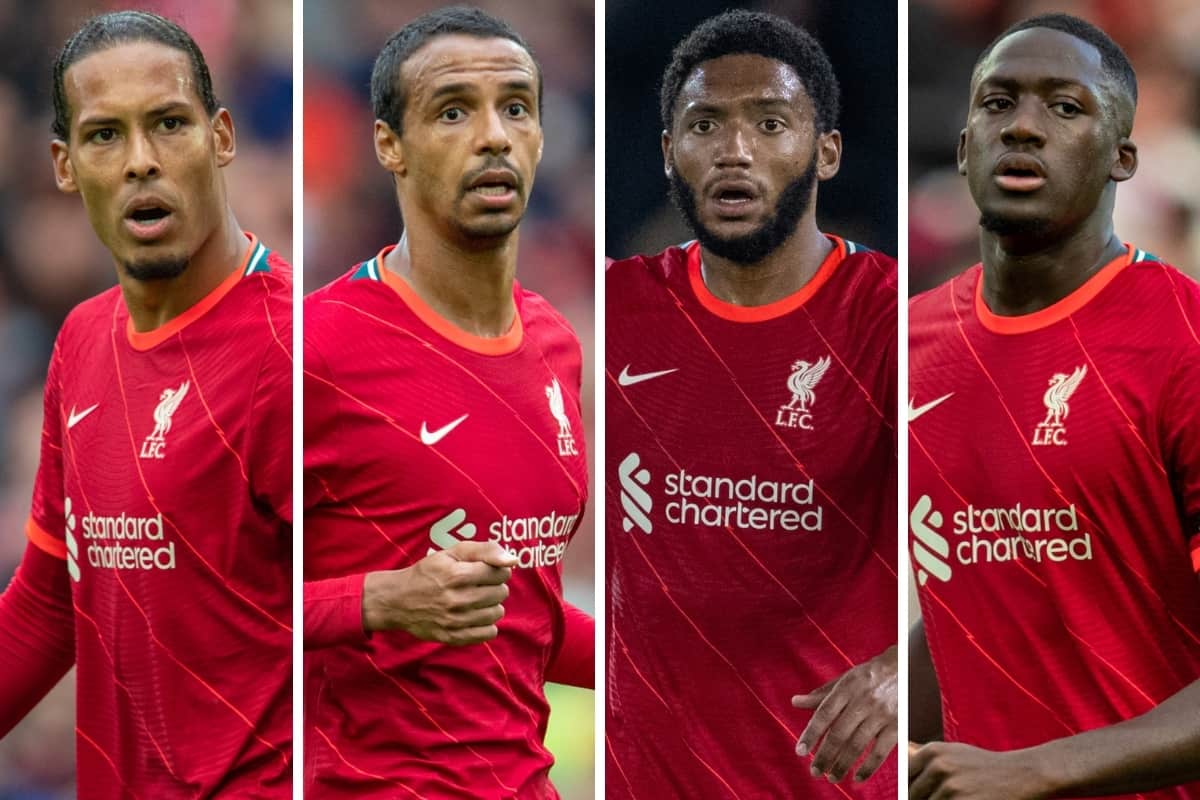 As Liverpool prepare to visit Norwich for their Premier League opener this weekend, Jurgen Klopp faces a centre-back selection conundrum. So who should start?

The Reds get their 2021/22 campaign started with a trip to Carrow Road on Saturday evening – with fans back inside grounds, this feels like proper football again.

While Klopp had a disaster in the centre-back department last season, losing three key men, he now has a host of options at his disposal.

Virgil van Dijk, Joe Gomez and Joel Matip are all fit again, while new signing Ibrahima Konate has looked the part during pre-season.

The question is: who should start at the back for Liverpool at Norwich?

Here, This Is Anfield’s Henry Jackson (@HenryJackson87) is joined by John O’Sullivan (@NotoriousJOS), Taintless Red (@TaintlessRed) and Owen Collins (@OGBCollins) to discuss who should make up Liverpool’s defensive pairing this weekend. 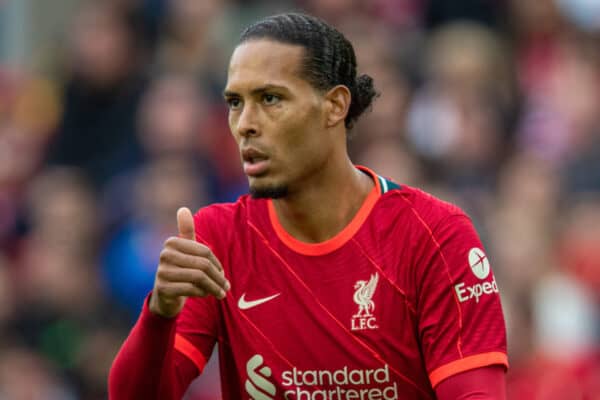 Firstly, how good is it to have actually have so many options again? I’m not sure Liverpool have had a stronger quartet in the Premier League era!

I won’t complain with whatever pairing Klopp goes for, but my choices would be Van Dijk and Matip.

There is an obvious risk in playing Van Dijk, given his lack of playing time and his understandably tentative nature in pre-season, but he needs minutes.

Fingers crossed, Norwich shouldn’t pose too great a threat, and if you’re not playing the Dutchman now, it will suddenly be the international break and he will still be lacking rhythm.

Matip has looked excellent in pre-season and is an outstanding centre-back when fit, so he more than justifies his selection.

Konate will have his chance soon, while Gomez still needs to be handled carefully and not be rushed back in.

My centre-back pairing would be Matip and Konate.

There is a huge temptation to play Van Dijk, but given how important he is, caution is the best course of action with him and Gomez.

They need to be protected after awful injuries and Matip and Konate, both of whom impressed in pre-season, are more than capable of stiffening the defence.

It’s also beneficial to give Konate minutes early and let him acclimatise to avoid a scenario where he’s thrown in at the deep end against tuned-up teams later on in the season.

I can envisage the defenders being rotated more than usual this season, so keeping them all sharp is important. 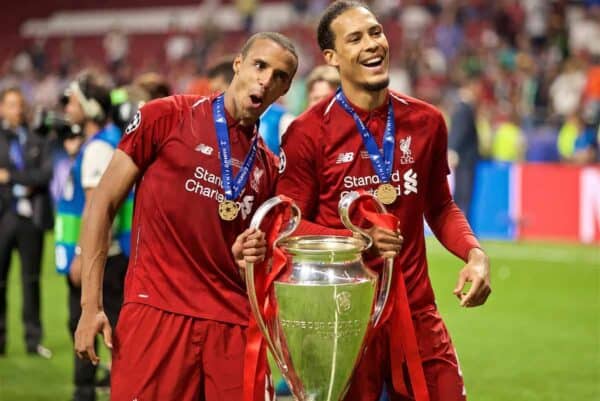 I would be tempted to go with the Champions League-winning pairing of Matip and Van Dijk.

Matip is top class when available and had a full uninterrupted pre-season. On the flip side, Gomez has played less and his injury needs extra special care.

Konate has done very well since arriving but is still young and learning our ways.

Van Dijk has looked comfortable, although understandably a little tentative in challenges, and he will only get back to his best with minutes, as Henry says.

He played 70 minutes against Athletic Club and then there was a week-long break before Norwich, another week before Burnley and another to Chelsea, which he needs to be sharp for.

That’s enough time to recover in between games. 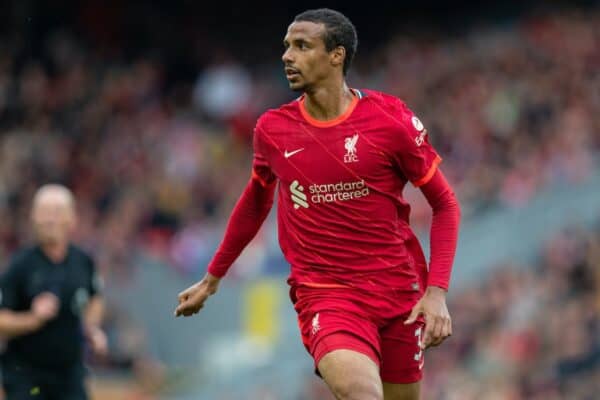 Given that, on paper, Norwich are one of the easier sides we’ll face this season, it makes sense to hand Konate his competitive debut, in a game where he should be relatively comfortable and free from pressure.

With no disrespect to Matip, managing the fitness of Gomez and Van Dijk is probably the next most crucial thing, so I’d put the Cameroonian in alongside Konate.

I do also still believe that at his peak Matip is the second-best defender we’ve got.

That said, I wouldn’t mind seeing Ben Davies line up, just to prove to myself that I haven’t been imagining the whole thing since February!