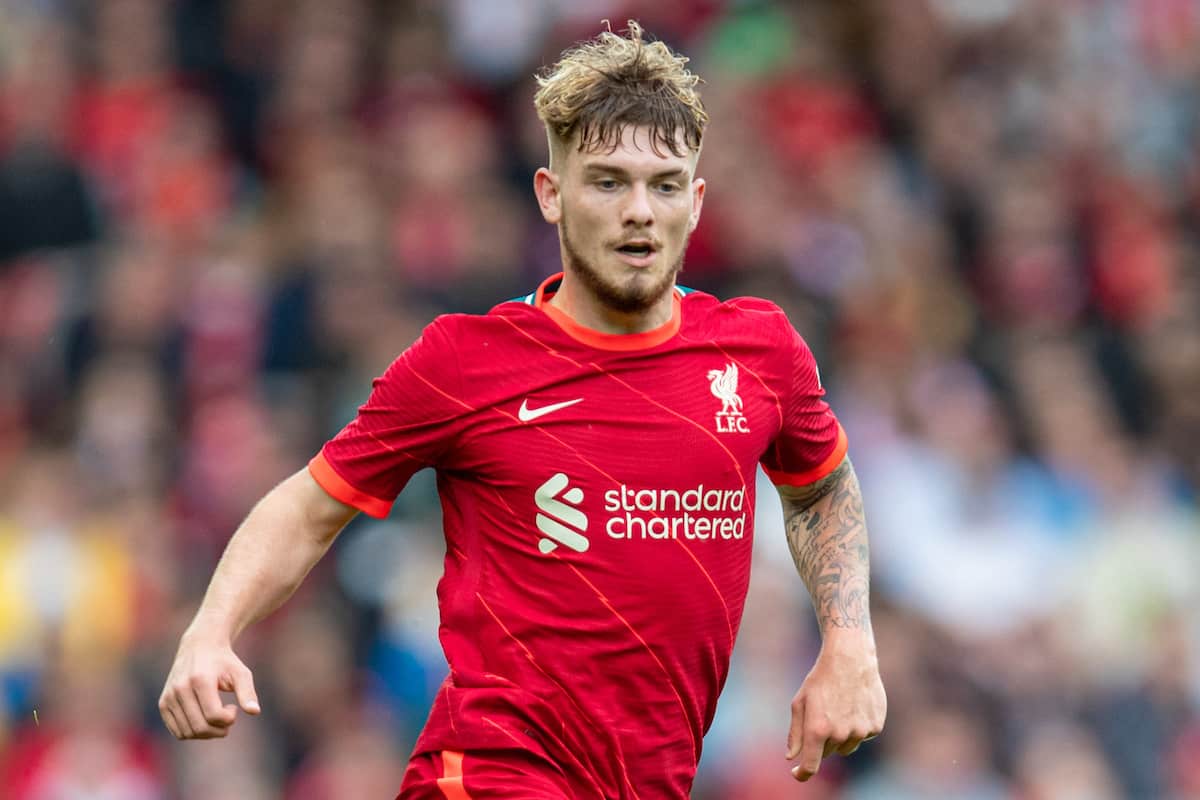 The Reds made an emotional return to Anfield in front of an almost 40,000-strong crowd, in their penultimate pre-season friendly of the summer.

After a delayed kickoff due to ticketing issues, Jurgen Klopp‘s side looked full of attacking verve and energy, with Diogo Jota firing them in front in the first half.

Robertson suffered a potentially serious ankle injury just before half-time, however, in an incident that dampened the afternoon a little.

Alex Berenguer tapped home to earn Bilbao what was an undeserved draw after the break, as Liverpool fell away a little in the second half.

Here’s how some Reds supporters reacted to the game on social media.

Robertson’s injury was an obvious concern…

My heart really can’t take another season of injuries here.

What's that – a Liverpool defender is injured?

THE PREMIER LEAGUE IS BACK BABY!

That Andy Robertson injury doesn't look too grand, does it?

Elliott was a strong Man of the Match contender…

Elliott is a starter for this Liverpool.

Elliott is the one. Special player,

Harvey Elliott is a special talent. So much ability and such an intelligent young player. He’s certainly delivered with his pre-season mission to force his way into Klopp’s plans for 2021-22.

He’s going to be a very special player. pic.twitter.com/5ZpY5hkPQI

How good is Harvey Elliott going to be? 18 years old. As much as shiny new players are exciting who could we bring in with a higher ceiling? Sometimes the next superstar is right under your nose. He can be a huge player for #LFC this season and £100m player in the making.

It’s not just Virgil Van Dijk’s presence in defence that’s been a huge miss, but his long-raking 70-yard passes that cut open teams at will. Liverpool really struggled without those last season. A significant aspect of their game, and a unique one to have. #LFC

The sight of fans back inside Anfield was heartwarming…

Good pre-season game to watch that but I’m just happy to be seeing VVD and the fans back at Anfield??