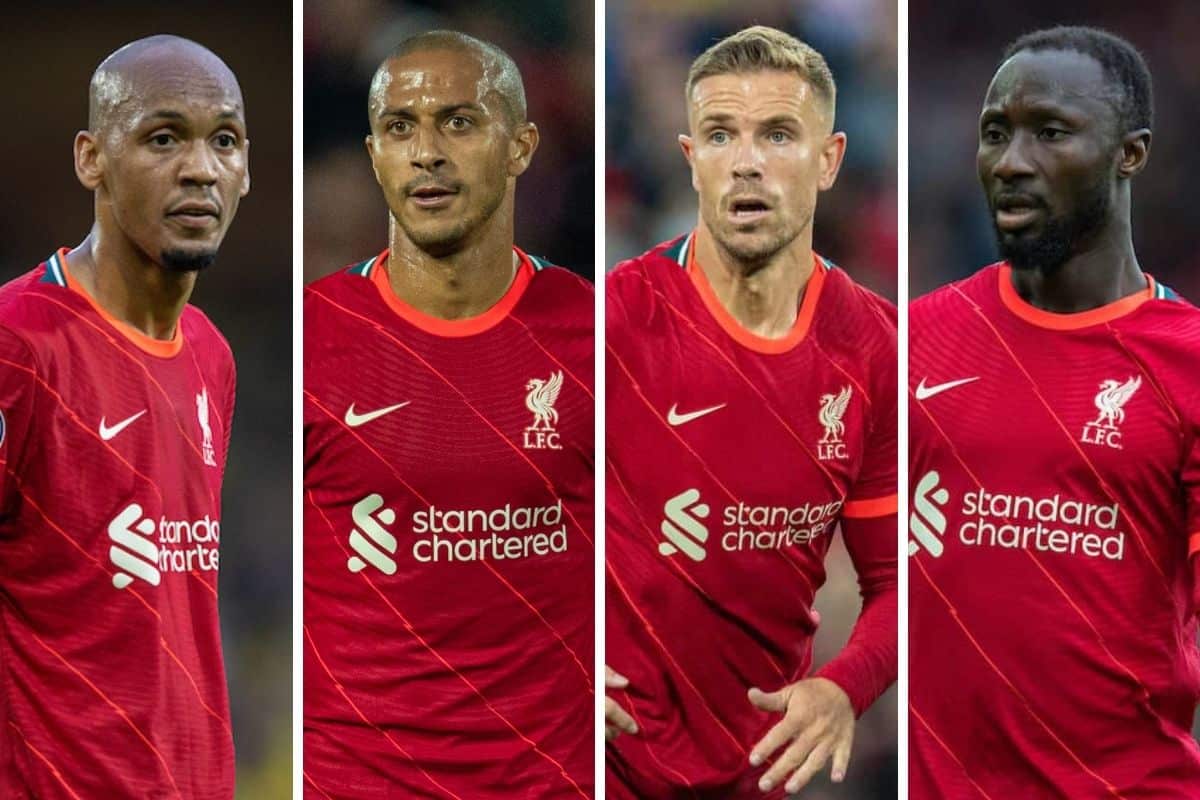 Liverpool’s midfield will be boosted once more for Saturday’s clash with Burnley and fans are divided over who should be named to start in the middle of the park at Anfield.

Jurgen Klopp is set to be spoiled by choice as his squad moves ever closer to full fitness, leaving him with plenty of welcome selection headaches in the weeks to come.

The Reds kick-started their season in perfect fashion by putting three unanswered goals beyond Norwich and they will now return to Anfield, where over 50,000 fans will be present for the first time since March 2020.

But midfield changes could be in the reckoning despite the second-choice contingent in James Milner, Naby Keita and Alex Oxlade-Chamberlain getting the job done at Carrow Road.

Fabinho came off the bench, as too Harvey Elliott, but Thiago, Jordan Henderson and Curtis Jones were absent before featuring in a behind-closed-door friendly against Aston Villa the following afternoon.

With the trio getting valuable minutes in their legs, it begs the question of how many changes the manager will make in the middle of the park with eight players to choose from.

This Is Anfield posed the question of who should start against Burnley across social media, with various perspectives shared on the choices Klopp has at his disposal. 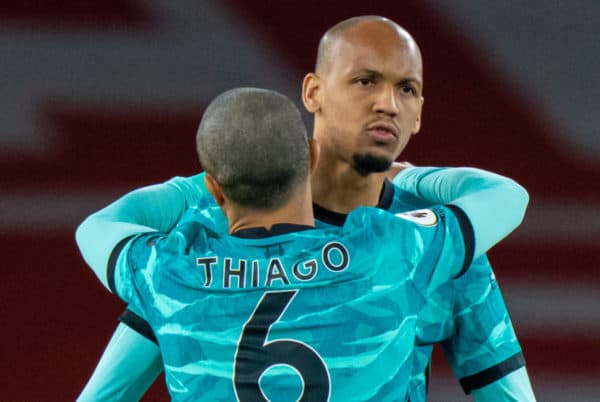 The strongest trio would see Fabinho, Henderson and Thiago start but there were also plenty who were not eager to see the captain rushed back after a late return to training.

“I wouldn’t rush Hendo back, I’d start with Milner, Fabinho and Ox,” one fan commented on Twitter.

And there was also a desire to see Henderson used from the bench while Thiago got his first start of the year, with another fan penning: “I would play Naby with Fab and Thiago.

“Hendo will start eventually, but he can be effective coming off the bench. Thiago needs to start if he plays. Such a rhythm/tempo player, it is more difficult when he comes off the bench.”

But there were plenty of alternative views, including Burnley offering the ideal starting place for the skipper ahead of the match against Chelsea:

Keita, Hendo and Fab. Have a lead and then put Thiago in the second half to control the game even more

Exactly right? Who else. See a lot on here saying dont rush hendo. Really no better game to get him ready for chelsea.

Fab, defo; Naby whilst he’s fit & in some sort of form we need to see what he’s can do. Hendo, gotta have your skippers voice & drive at a newly packed Anfield. Thiago can join later, when, hopefully we want to keep the ball and lead, and get 900 touches. Then start him vs CFC

There’s certainly plenty for Klopp to weigh up for the first game back at a full Anfield but one change may be all he looks to make with Fabinho next to Milner and Keita.

It’s a welcome conundrum for the Reds after the woes of last season and long may it continue throughout 2021/22.