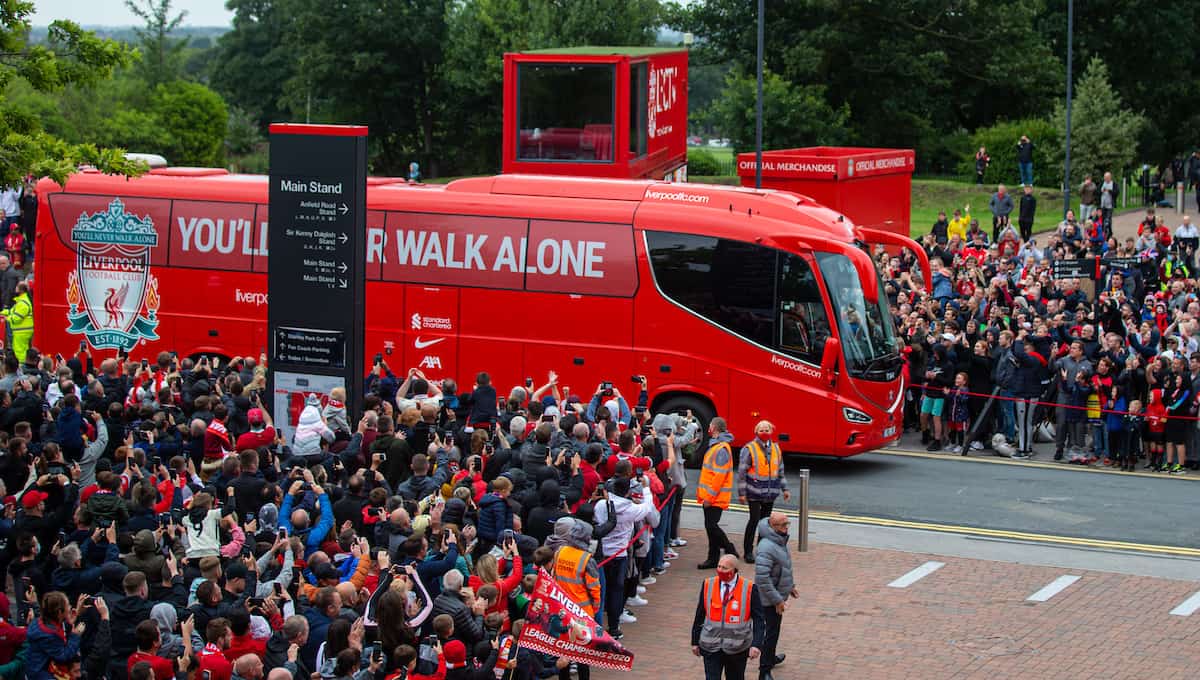 Liverpool have issued an apology to fans for the delay that saw the friendly with Athletic kickoff 30 minutes late as fans were unable to get into Anfield.

With the Reds’ friendly with Athletic Club hosting the biggest crowd since March 2020, 515 days ago, there was plenty of anticipation for what was to come.

But a new ticketing system caused chaos in the Kop and saw fans queue around the stadium long before the game was scheduled to take place at the original time of 4pm.

Instead, two delays forced the kick-off to be pushed back to 4.30pm, and even then fans were still left outside as the game got underway.

Less than 10 minutes to go until the scheduled (delayed) kick-off and queues are still huge. pic.twitter.com/tMrbmM1eRC

And the second queue for the Kop pic.twitter.com/DOE7FMrGhs

“We apologise wholeheartedly to all fans impacted by the delayed entry into Anfield today. This was due to issues relating to access processes and matchday operations.

“As a result of these challenges, kick-off was delayed by 30 minutes in order to allow our ticketing services team to reduce the queues and get supporters inside the stadium as quickly and safely as possible.

“We understand how frustrating this has been for our supporters, who have been looking forward to getting back into Anfield.

“We will be doing a full debrief of today’s entry process to identify why the system was slower than expected and will endeavour to ensure such issues are addressed ahead of Monday night’s match against Osasuna.

“As part of this we will communicate any changes impacting fans, along with additional guidance, for this next friendly fixture in due course.

“We thank supporters for their patience and understanding.”

Liverpool host Osasuna on Monday night and will need to ensure they make good of their promise to rectify the issue before another 40,000 fans decend for the 7pm kickoff.

The COVID-19 pandemic has forced changes to the ticketing system, with the NFC technology introduced in place of member and season ticket cards and accessible on mobile phones.