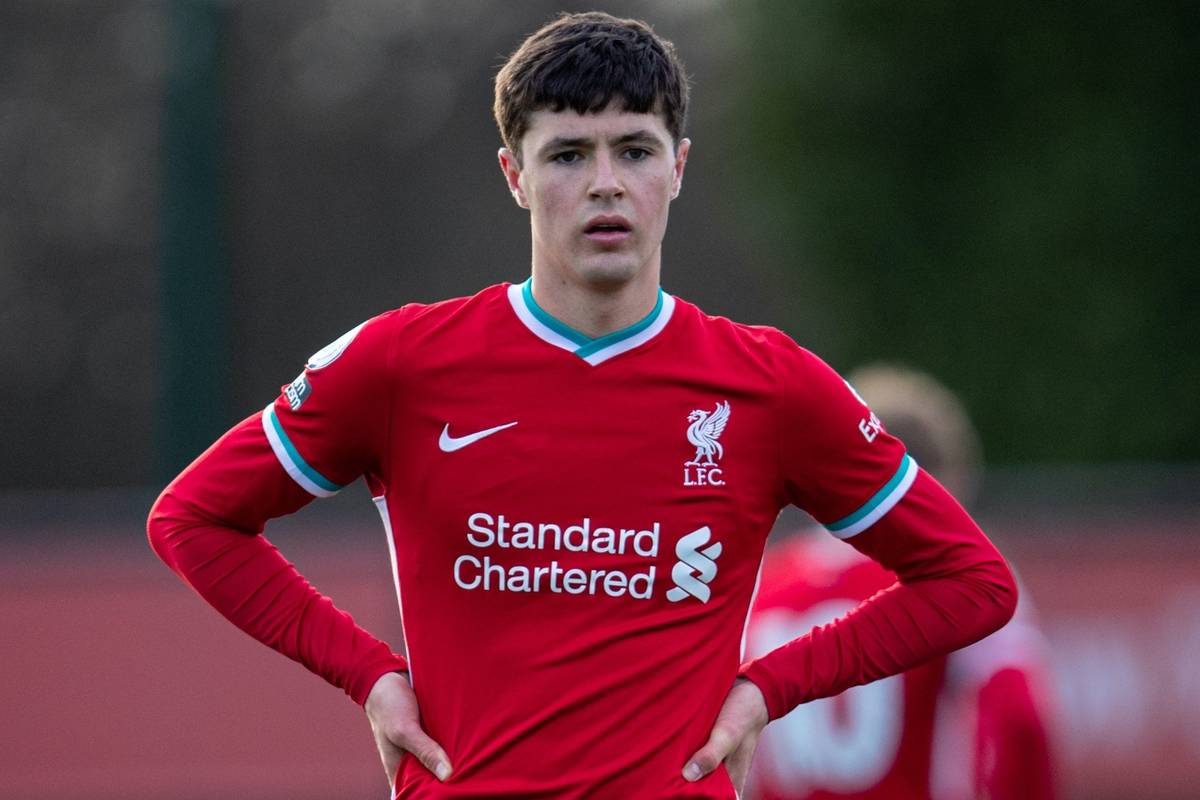 Highly regarded Liverpool striker Layton Stewart has made a big step in his recovery from an ACL injury after over five months out, with the 18-year-old closer to a return.

Stewart has been sidelined since March, having ruptured his ACL in the under-23s’ 1-1 draw with West Ham – his 11th appearance at that level for Liverpool.

The teenager is one of the most talented players in the Reds’ academy, having scored 17 goals in 18 appearances prior to his injury last season, but this was a major setback in his development.

Fellow striker Max Woltman – almost a year his junior – has stepped up impressively in his absence, starting the campaign with a goal in three appearances for the U23s.

But Stewart is aiming for a return to battle for a starting spot under Barry Lewtas, taking to Instagram on Monday to give an update on his recovery.

“Feels good to have boots back on and [be] back on the grass running,” the youngster, who turns 19 on Friday, wrote, suggesting he is weeks away from rejoining training. 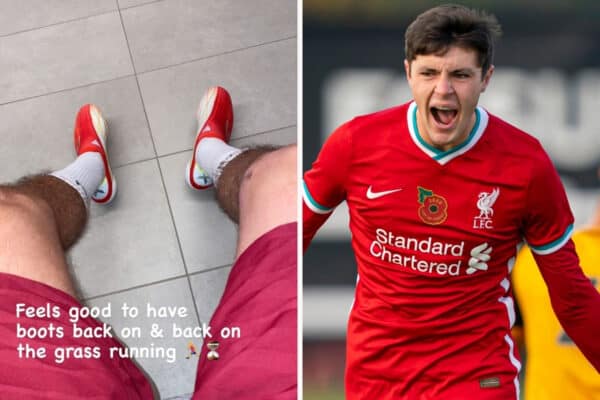 Liverpool could then hope to see Stewart back in action with the U23s before the end of the year, which would be a big boost to both player and club.

A big show of faith was given to the goalscorer in May as he was handed a new long-term contract, while he has also trained with the first team on a number of occasions.

Though expectations should be low in the early stages of his comeback, hopefully Stewart can soon pick up where he left off and keep progressing through the ranks at Kirkby.