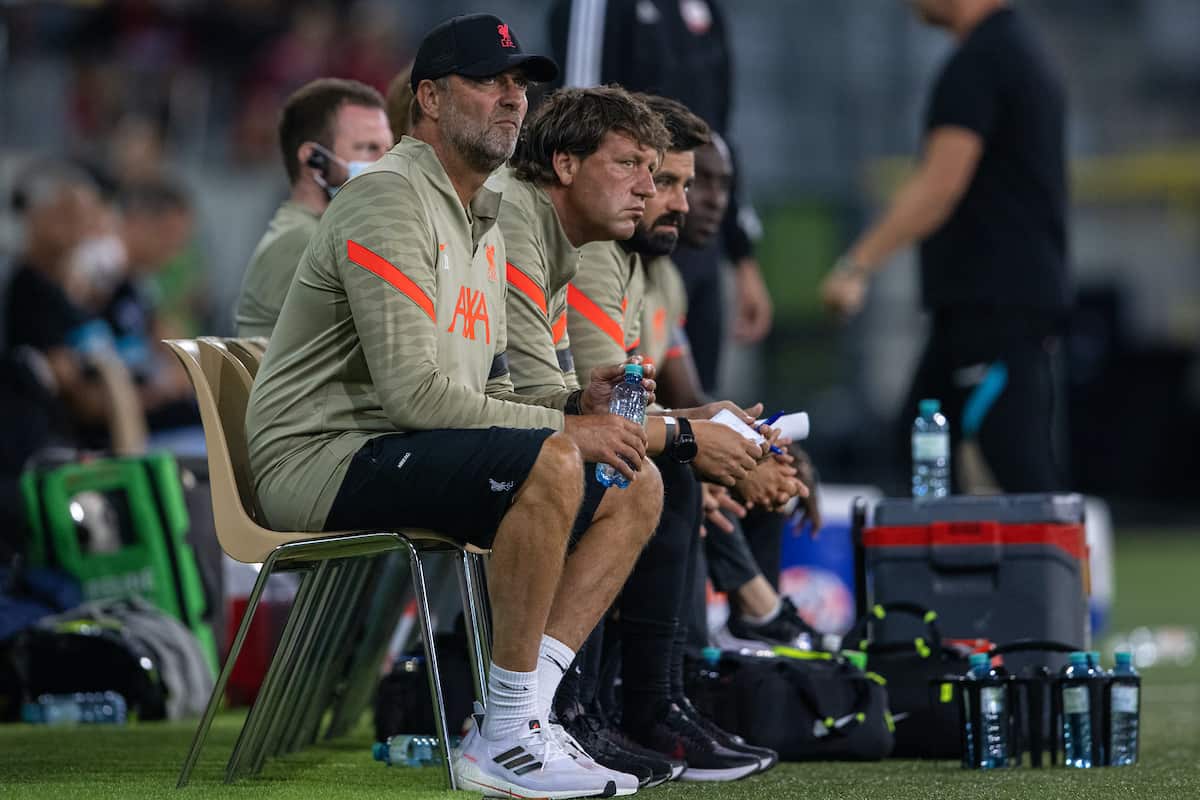 Liverpool will take in the sights of a fourth ground as part of their pre-season schedule when they meet Bologna on Thursday, with Camille Fournier Stadium to play host.

The Reds have four pre-season friendlies under their belt to date, with outings against Wacker Innsbruck, Stuttgart, Mainz and Hertha Berlin providing the early opposition.

Fitness and restoring match sharpness into the squad has been the priority ahead of results, to which Liverpool have one win, two draws and a defeat to their name – all providing valuable lessons.

Next up is Serie A’s Bologna on Thursday in two 60-minute games, where Jurgen Klopp will name two different XIs to see members of his team edge ever closer to completing a full 90.

And they will contest the two games at the Camille Fournier Stadium in Evian, France, where Jurgen Klopp‘s Reds have been training since their arrival in the town over the weekend.

The location of the fixtures had largely been kept under wraps for the 3pm and 5pm (BST) kickoffs, but it is not new surroundings for the Reds.

The picturesque stadium that sits on the banks of Lake Geneva was the training base for pre-season in 2018 and is a popular destination for clubs and national teams thanks to its impressive complex – Germany’s 2016 Euro squad were notable visitors.

The fixtures are expected to take place behind closed doors but they could offer an early look at the team who could start against Norwich on August 14.

Notably, Ibrahima Konate and Joel Matip will continue to add to their minutes with Virgil van Dijk and Joe Gomez set for more action from the bench, likewise Roberto Firmino and Fabinho following their late return.

The likes of Andy Robertson, Trent Alexander-Arnold, Sadio Mane, Mohamed Salah and Diogo Jota should prominently feature in the final action on the continent before the return to Anfield.

A 75 percent capacity crowd will greet the Reds on their return to home soil against Athletic Club (August 8) and Osasuna (August 9), the biggest crowd since March 2020.