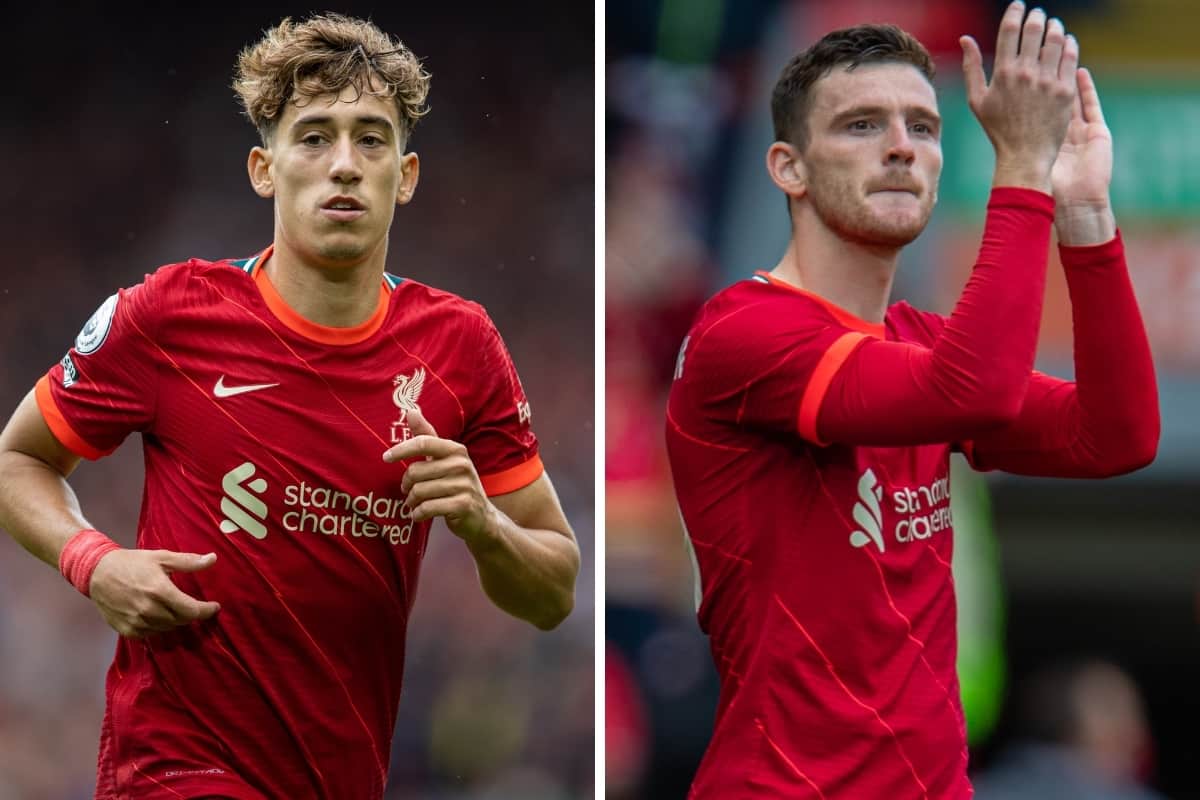 Jurgen Klopp is relishing the competition Kostas Tsimikas provides Liverpool’s “world-class” left-back Andy Robertson, saying it is “not a real problem” to have.

When Robertson slumped to the turf after rolling his ankle in the pre-season friendly against Athletic Club, there were concerns over serious injury to the Scot.

Fortunately, it was minor ligament damage for Liverpool’s No. 26, and after sitting out of the closing friendly against Osasuna, he was only absent for the Premier League opener at Norwich.

Back in the squad for the return to Anfield on Saturday – albeit as an unused substitute in the 2-0 victory over Burnley – Robertson confounded expectations and relieved fears among the support.

It is expected that Robertson will return to the starting lineup for this weekend’s visit of Chelsea, but the impressive form of Tsimikas throughout pre-season and in his absence gives Klopp a decision to make.

Posed the question of who would start against Chelsea by his former left-back Jose Enrique, the manager welcomed the battle between the two.

“It’s not a real problem, to be honest,” Klopp told Stadium Astro.

“In the last few years, it was really often the problem that it was quite tricky to replace Robbo.

“I would say it’s not actually really possible, because Robbo is a world-class player, an incredible player.

“He’s like the full package, it’s the defender and attacker you wish for in that position. He’s a leader in the team.

“Kostas needed, like Robbo before, some time to get used to all the different things we are asking from left-backs – and absolutely in time he got it.

“So Kostas, yes right, is in a good moment, played well, set a goal up with a sensational cross.

“That’s no problem, it’s just great to have them both. For a manager, it’s a problem when you don’t have a left-back. When you have two, that’s no problem.” 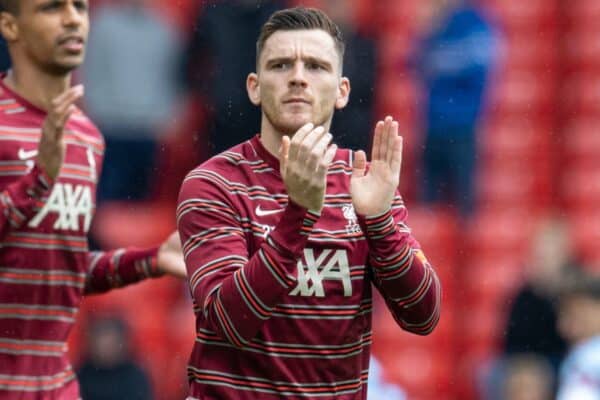 Klopp’s comments would suggest that, when fully fit, Robertson will be back in the side, which could come as soon as Saturday – particularly given the threat of Chelsea.

But it is certainly encouraging that Tsimikas has been able to fill in to such a high standard, earning the admiration of the Kop in the process for his determined efforts against Burnley.

The situation could allow Klopp to rotate more frequently this season and beyond, which he felt unable to do last time out due to injuries throughout the rest of his defence and the time it took Tsimikas to adapt.

So while Robertson is likely to remain first choice moving forward, there could be times when Klopp turns to his backup left-back, safe in the knowledge that he is up to the challenge.