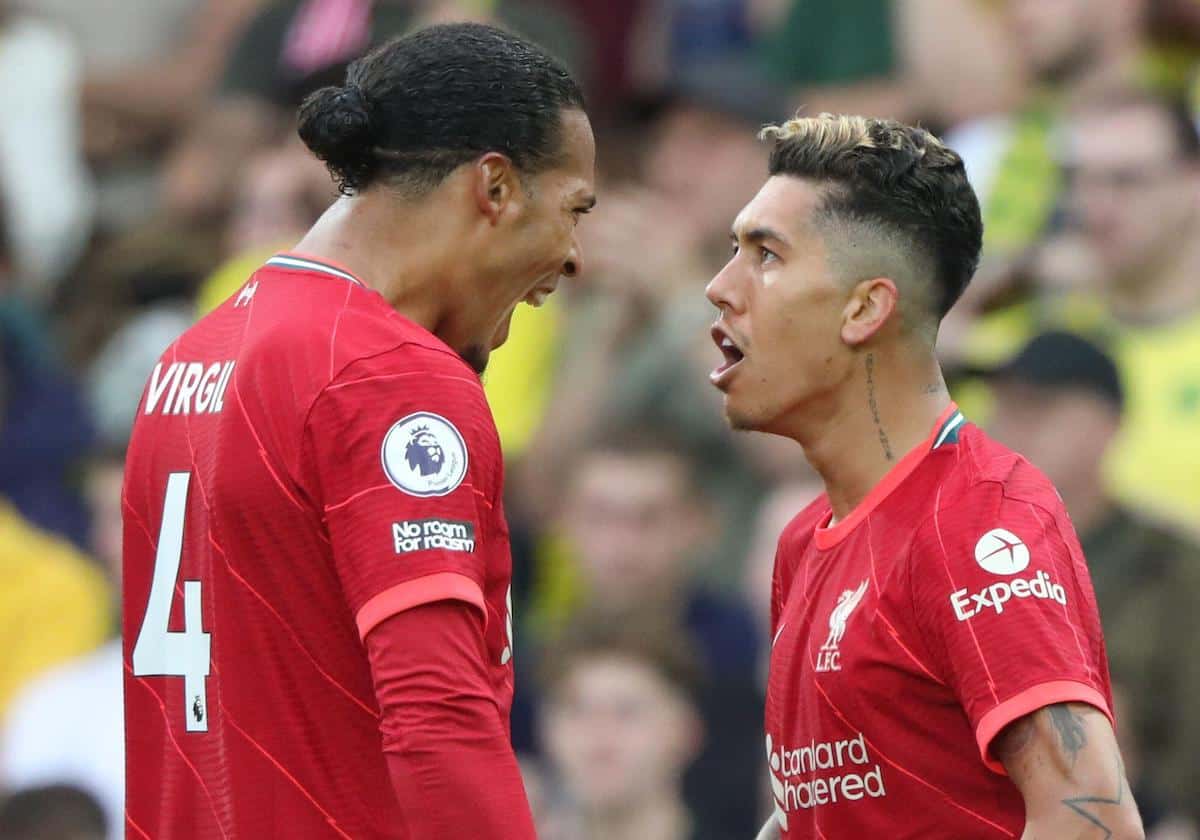 Mohamed Salah received glowing reviews after his performance against Norwich, as Liverpool started the season with a resounding 3-0 win.

The Reds have gone a little under the radar this summer, with their rivals spending big and doubt creeping in about a lack of reinforcements.

Jurgen Klopp‘s side have flown out of the traps in 2021/22, however, cruising to victory at Carrow Road after goals from Diogo Jota, Roberto Firmino and Salah.

It was a display that saw numerous individuals shine, but some were deemed better than others on a glorious evening back in front of fans.

Here we compare our player ratings with those from the Liverpool Echo, WhoScored, BBC Sport, FotMob and the TIA readers. 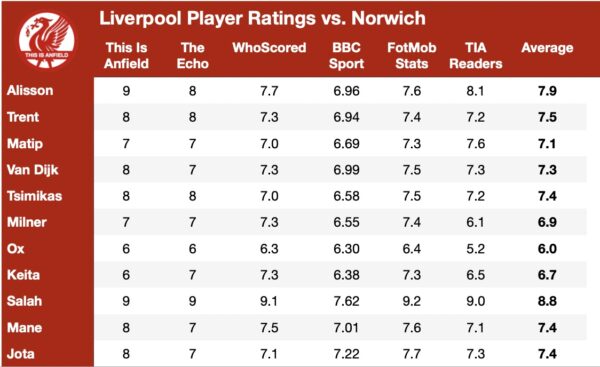 It was no surprise to see Salah (8.8) take home the highest first average rating of the season, with the Egyptian superstar in unstoppable form.

The 29-year-old is one of the world’s leading footballers and he produced a virtuoso showing against a Norwich side who found him impossible to handle.

This Is Anfield’s Danny Gallagher rightly gave Salah the Man of the Match award, hailing him as “absolutely instrumental” to Liverpool’s victory.

Meanwhile, FotMob noted that the Reds’ No. 11 played three key passes during the match, as well as making four recoveries in addition to his two assists and goal.

Alisson (7.9) didn’t have a huge amount to do, but his assured performance saw him come second in the voting.

The Brazilian pulled off one staggering double save late on, leading to the Echo‘s Ian Doyle describing him as “remarkable.”

Gallagher felt Alexander-Arnold “read the game maturely” and Doyle called him “excellent” as he made a flying return to form after a below-par 2020/21 campaign.

Alex Oxlade-Chamberlain (6.0) got the lowest rating, with his disappointing showing seeing him make no key passes from his attacking midfield role, as highlighted by FotMob.

Up next for Liverpool is their first home match of the season, as Burnley make the trip to Anfield next Saturday in the early 12.30pm kickoff.