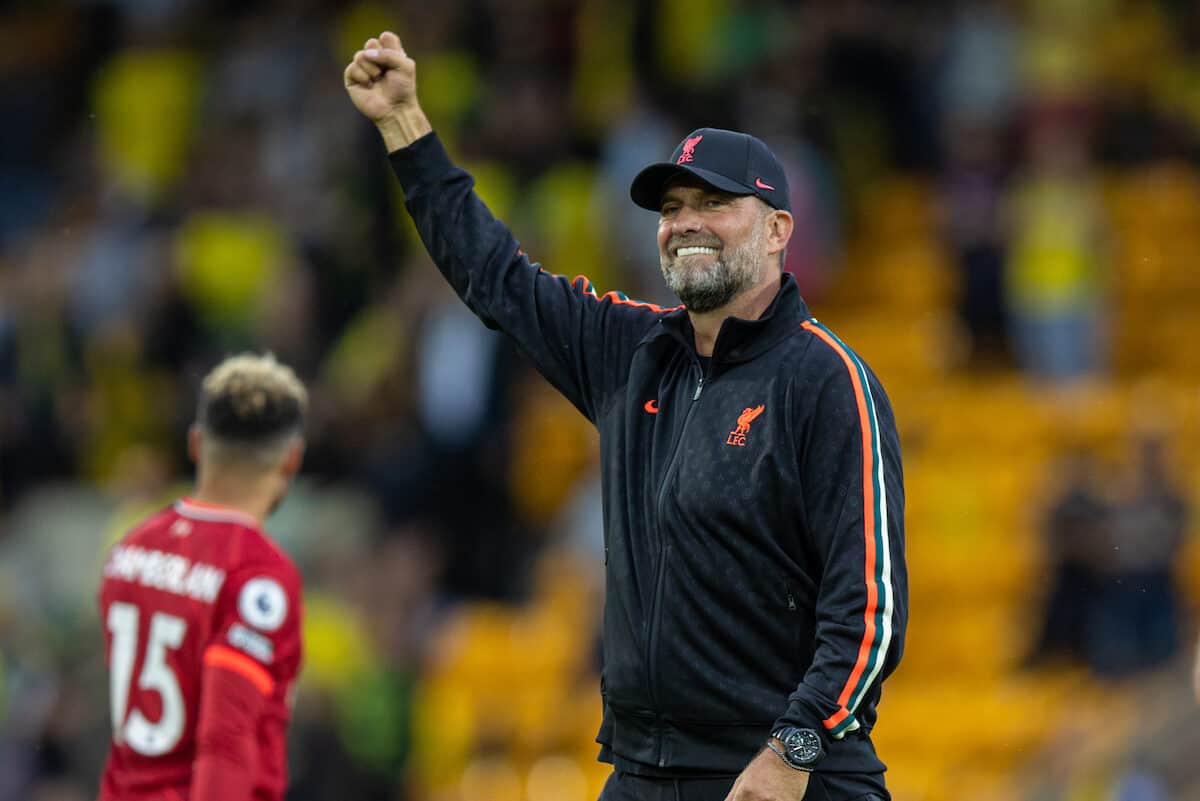 Jurgen Klopp was a happy manager in his post-match press conference on Saturday evening after watching his side start the season with a bang with a 3-0 win at Norwich.

Here are five key things the boss told the media and supporters in his press conference:

You’re right there, Jurgen! Another game and another record for the Egyptian King after netting on the opening day of the Premier League for the fifth season in a row – the first player to do so.

“I assume he knew about it and wanted to score, extra motivation! Mo is Mo. When the competition starts he goes into the next gear.”

Start as you mean to go on, Mo.

2. It’s result over performance at this stage

One could never expect the Reds to be the final product on opening day and while the scoreboard made for comfortable reading, Klopp knows there’s plenty to improve.

But a win is the most important thing at this stage.

3. It’s really good to have Van Dijk back

A 302-day wait came to an end, and every Red would have been delighted with what they saw from the No. 4.

“It was really good to see him back on the pitch again, especially on defensive set-pieces – look really, really good!”

The first step of many!

It was the first Premier League start for Kostas Tsimikas and the left-back seized his opportunity, notably catching the eye in attack before being culpable of late mistakes.

But Klopp was happy with what he saw, even if someone pulled the plug!

“Kostas played very good, I would say for at least 80 minutes played good, involved in all the stuff. Then someone obviously pulled the plug a little bit but that is normal.

5. More to come from Naby

There’s a need for Keita to perform this season and his first league start since March came as a reward for his pre-season form.

“Naby was in great shape, so I am really happy with that.”

It was a solid first step but he will continue to face competition for a starting spot as Fabinho, Jordan Henderson and Thiago all hit peak fitness, but it’s a fight for positions the Reds will relish.