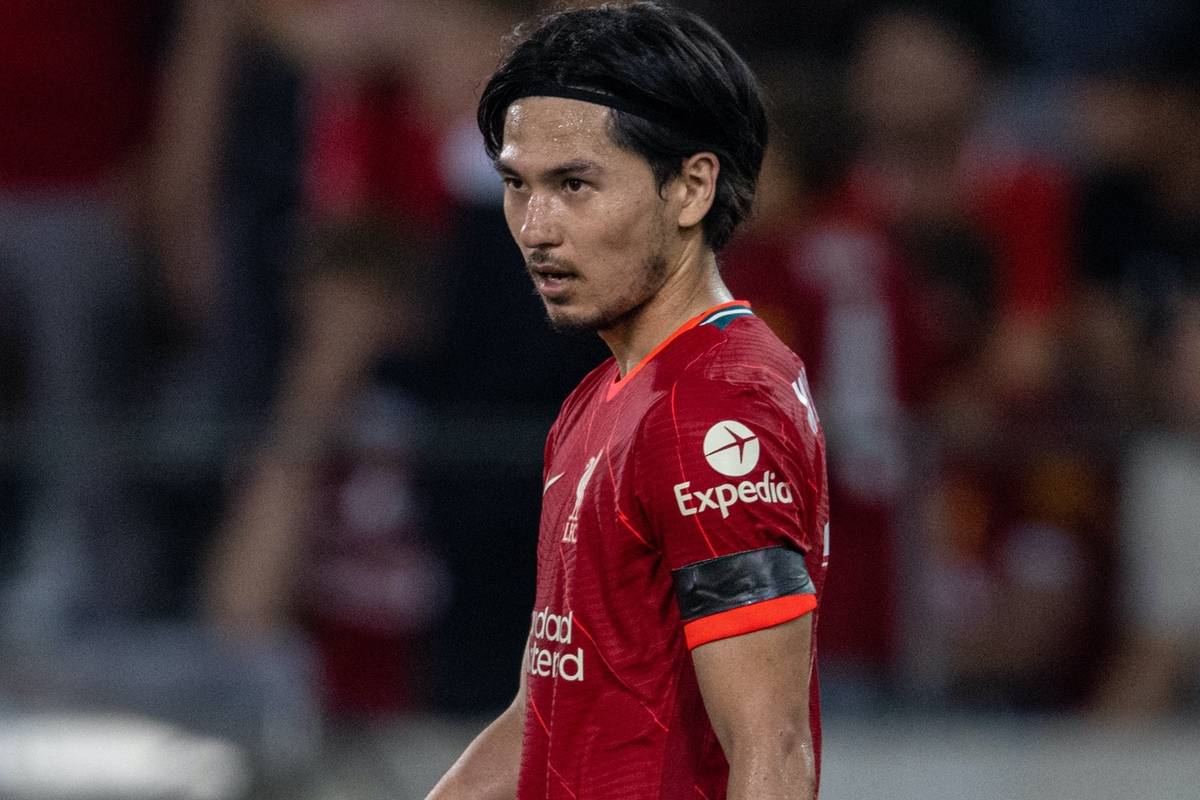 Liverpool produced another useful exercise as they came away from their second 60-minute friendly against Bologna with a 1-0 win, as Takumi Minamino scored again.

After a routine 2-0 victory over a lethargic Bologna in the first of two friendlies, a new-look Liverpool side took to the field for another hour in Evian.

Jurgen Klopp‘s lineup saw a first start for Joe Gomez since his comeback, along with outings for Alisson, Fabinho and Roberto Firmino, days after their return from a post-Copa America break.

It was a side full of fringe figures and the likes of Curtis Jones and Kostas Tsimikas were clearly eager to impress in the opening stages, while it took Minamino less than quarter of an hour to make his mark.

Latching onto a wonderful pass from Xherdan Shaqiri to perfectly beat the offside trap, the Japanese hit it first time on the turn and volleyed into the back of the net for 1-0.

Tsimikas was bright on the left flank, and he should have finished the first half with an assist as he bent in a brilliant cross for Firmino, who was unable to convert the header.

Klopp made four changes at the break as he withdrew Alisson, Fabinho, Shaqiri and Firmino following their half-hour of action, with 16-year-old Kaide Gordon among those to come on.

It was a brilliant outside-of-the-boot pass from Gordon that sparked the first big chance of the half, with Tsimikas’ fierce drive kept out after a nice interchange.

Like Virgil van Dijk in the first friendly, Gomez was given just over 40 minutes on a positive afternoon for the centre-back, with Nat Phillips coming on to replace him.

Another substitute, Ben Woodburn, was brought down in the penalty box soon after, but Divock Origi was unable to put the spot-kick away as his effort struck the post.

The quality was certainly lower than in the first of the two friendlies, but the second hour was still a useful one for Liverpool, as a number of players strengthened their case for the campaign ahead.