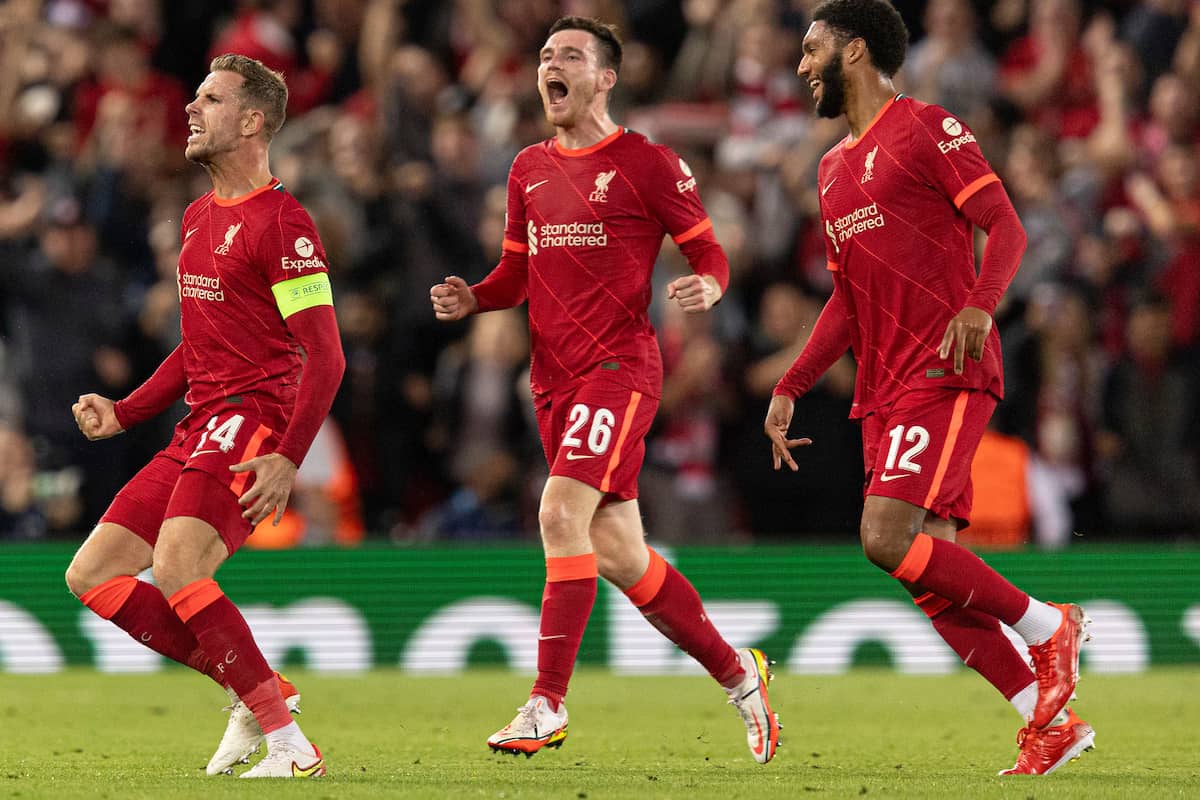 Meeting Porto in the Champions League has acted as a good omen for a final berth under Jurgen Klopp, but at this stage, a win is key to take Group B by the scruff of the neck.

Here’s our match preview with 10 key things you need to know ahead of Liverpool’s Champions League trip to Porto in the second match in Group B:

Sergio Conceicao’s side have only three blemishes on their record in their first eight games so far, all of those draws to see them welcome Liverpool without a loss to their name.

In that time they have conceded only four goals, with their scoreless draw at Atletico Madrid the result that caught the eye of many.

It leaves Porto with a point in Group B heading into the encounter against a Liverpool side who are also without defeat in their eight games across all competitions in 2021/22.

And the Reds will be out to ensure it is the Dragons’ run that comes to an end.

2. Grujic in the pack

While the Estadio do Dragao is a familiar backdrop with two visits since 2017/18, the presence of Marko Grujic will also provide a sense of familiarity after his summer switch.

The 25-year-old bid Anfield farewell after five years and 16 appearances but has seen his return to Portugal hindered by injury early in the campaign, meaning he has just 99 minutes under his belt.

A start against Atletico could hint at a similar role against the Reds in midfield, but niceties will have to wait until after the full-time whistle if that’s the case.

And we also have one of their former players in Diogo Jota!

Jurgen Klopp has a welcome boost after Naby Keita made his return to training after a minor foot injury, but suffered another setback as Trent Alexander-Arnold was not deemed not fit enough to travel.

Thiago remains sidelined, with the No. 6 seen on crutches following his calf injury.

But more welcome news is that Roberto Firmino will be in contention for a place in the XI after coming off the bench on Saturday, providing flexibility as the manager weighs up his attacking options.

4. What else is happening in Group B?

AC Milan are hosting Atletico Madrid at the same time as Liverpool get their match underway in Portugal – be sure to get your score updates on!

The Italians, obviously, have zero points to their name while Diego Simeone’s men have one after the first game. 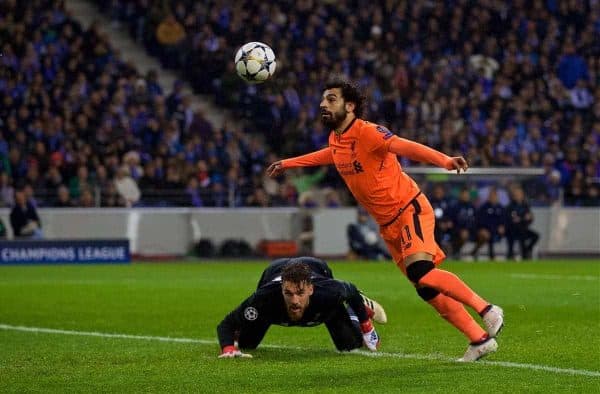 An aggregate score of 9-1 is emphatic to say the least, and it makes for brilliant reading for any Red as Liverpool made the scoreboard read just that over their last two trips to Portugal.

In 2017/18, Klopp’s men put five unanswered goals beyond Porto in the last 16 first leg before returning just over a year later to inflict a 4-1 defeat in the quarter-final second leg.

The front three of Sadio Mane, Mohamed Salah and Roberto Firmino, in particular, have felt right at home with four goals for the former and two apiece for the latter duo across those two games.

Will they heap more misery on Porto this time around?

It could be a milestone night for Jordan Henderson, with an appearance at Porto to make him only the 27th player in club history to make 400 appearances for the club.

A total of 212 of them would have come under the tutelage of Klopp, making up for 53 percent of his career at Anfield.

After signing a new deal until 2025, Henderson could very well push himself into an illustrious list of players who have amassed more than 500 games, therefore breaking into the top 14 all-time appearance makers. 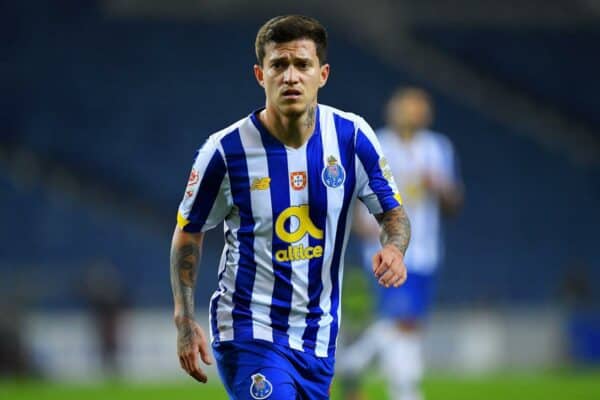 A handful of changes are a real possibility for Porto following their late win over Gil Vicente on Friday, with Grujic one of the new faces while Luis Diaz aims to add to his season tally of five goals.

After conceding three goals at Brentford after a far from impressive defensive display, the manager did not shy away from the issue and said Liverpool “have to show a reaction.”

It’s not currently a cause for concern, rather a hope of a one-off, but the Reds need to show that against a “top team” in Porto:

“It’s not that much of a concern. I don’t think we should make these things bigger than they are, but we have to show a reaction. That’s for sure.

“I think it’s really tricky to win a football game when you are not defending on your highest level, and that’s what we didn’t do.

“I know the common opinion is that we only talk about the last line, but it was not only that problem – we had a problem in general with our defending.

“But it’s not now the moment for being concerned or whatever. We spoke about it obviously, and we know we can’t do it like that.

“So I think we sorted that and we have to show that tomorrow, that’s right.”

It’s a Russian officiating team on Tuesday, with Sergei Karasev the man in the middle — and he is certainly fond of a card or two.

The match is live on BT Sport 3 in the UK, with coverage starting at 7.15pm (BST) ahead of the 8pm (BST) kickoff on Tuesday.

You can also follow all the action with us on This Is Anfield with our liveblog, with Joanna Durkan on hand with her unapologetically biased commentary from 6.30pm.