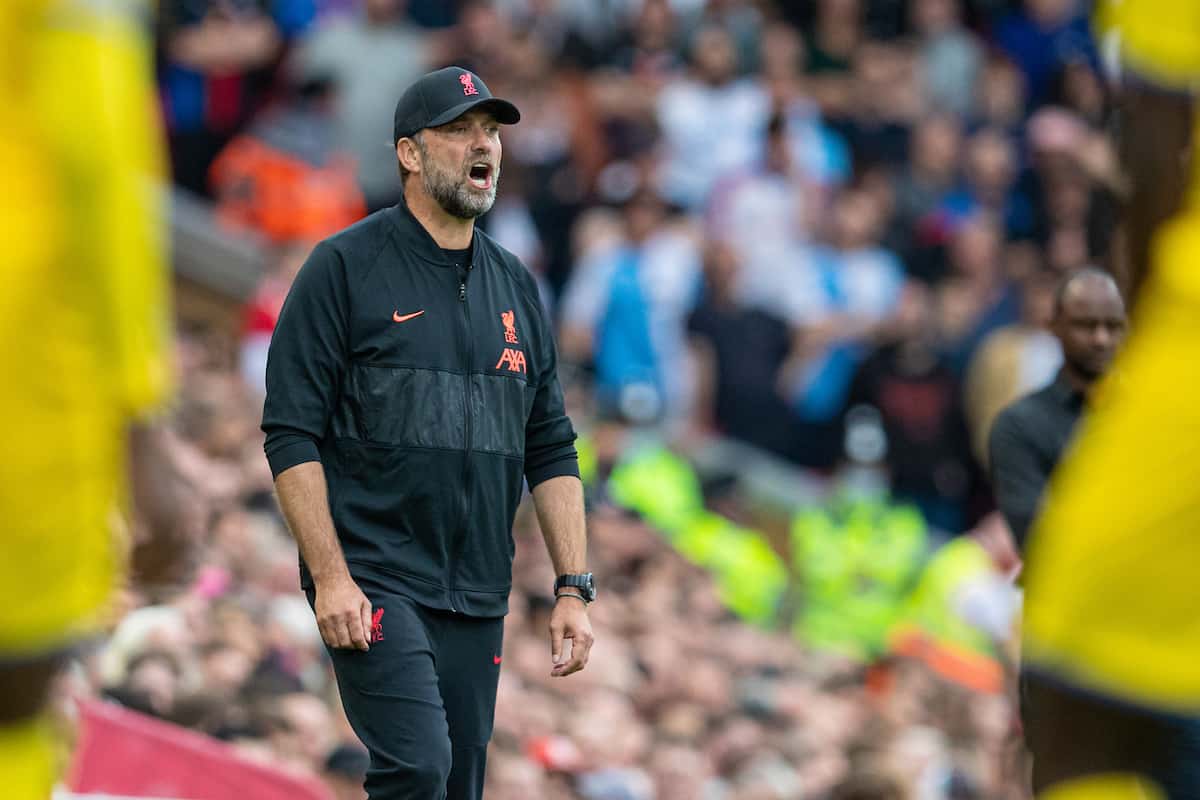 Jurgen Klopp was delighted with the way his side battled through the challenge Crystal Palace presented, with the 3-0 win the “most hard-fought” he’d seen.

Here are five key things from the manager’s post-match press conference on Saturday:

The game had the mood of a drab affair, with one goal to take it if any. But Sadio Mane‘s opener would flip that on its head and be followed by goals to Mohamed Salah and Naby Keita.

Palace were not without their chances and Alisson was made to work at Anfield, leading Klopp to praise his side for digging in.

“I told the boys after the game this was one of the most hard-fought 3-0 wins I ever saw, we had to give it absolutely everything.

“Today we were not brilliant, but we were good. And accepted the battle Crystal Palace were here for and that’s why I’m really happy about the performance.” 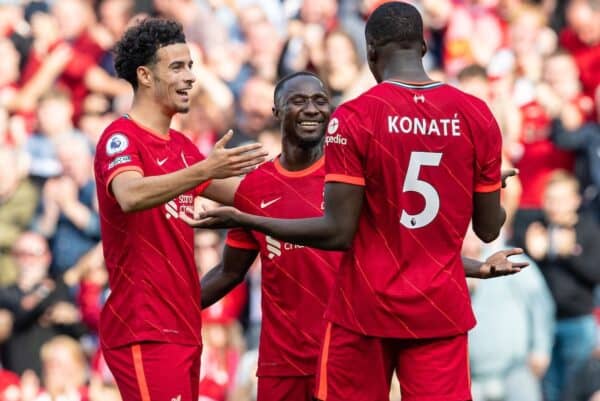 It was certainly a jaw-dropper and the boss agreed, saying: “Naby Keita scored the most wonderful goal of all three.”

More of where that came from, Naby lad.

3. The rotation had to happen

A total of six changes were made on Saturday following the exploits of mid-week and it was a must for Klopp during what is an incredibly taxing period.

Trent Alexander-Arnold was an unforeseen one, leading to an entirely new backline that saw behind a midfield trio who had previously started one game together.

“We had to do the changes, that was clear. After breakfast, Trent didn’t feel right. I actually planned to start him but Milly did an incredible job.

The sight of Thiago hobbling down the tunnel was the sour point of the day, with the manager confirming he “felt his calf and we hope it is not too serious.”

It would be an untimely blow just one week after fellow midfield option Harvey Elliott sustained a long-term injury.

But there are no concerns for Trent and Joel Matip, with the right-back to recover from illness and the No. 32 simply rested after five successive starts.

5. “A lot more to come from” Konate after debut

It was a solid debut from the young Frenchman, settling in alongside a much-changed defensive line.

Klopp was full of praise but was quick to point out that this is only the start for his young defender.

“We all saw what kind of potential the boy has, it’s incredible. Physicality, technique and game understanding is all there.

“But the Premier League teaches you harsh lessons and Palace was a good example. There’s a lot more to come.”