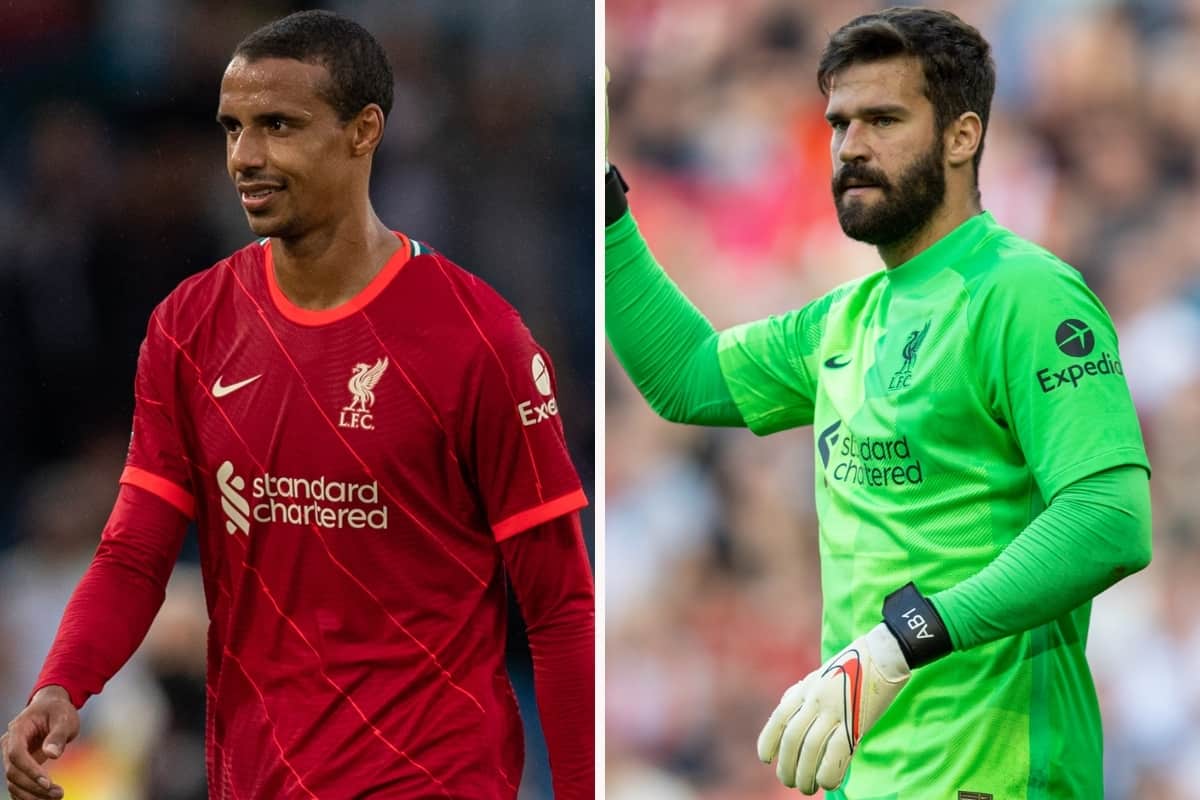 Alisson has welcomed the return of “consistency” in helping Liverpool keep three clean sheets in four games so far, while lauding Joel Matip as a “playmaker.”

After a ridiculous campaign of injuries, the Reds have been boosted by the availability of Matip, Virgil van Dijk and Joe Gomez following long-term absences.

So far this campaign, Matip and Van Dijk have been Jurgen Klopp‘s go-to centre-back pairing, with Gomez’s only outing coming as a late substitute at left-back and Ibrahima Konate yet to make his competitive debut.

It has paid off, with Liverpool keeping three clean sheets in their first four Premier League games, with their only goal conceded coming in the 1-1 draw with Chelsea.

Sunday brought a 3-0 victory over Leeds that saw Matip play a big part in the opener for Mohamed Salah, as his trademark runs from deep served as a vital outlet for the Reds. 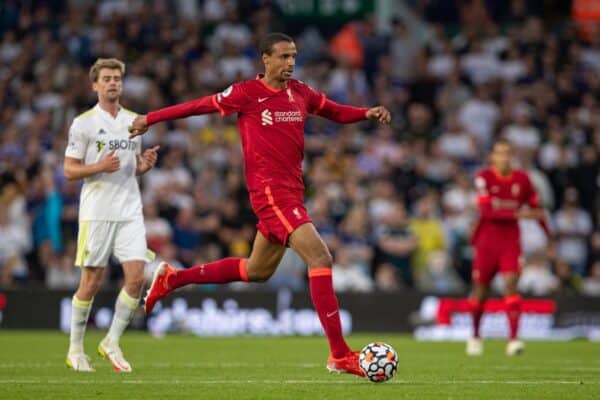 Alisson, who was part of Liverpool’s pre-AC Milan press conference on Tuesday, noted the No. 32’s unorthodox role as he praised the impact of his returning centre-backs.

“It’s really good to have them back on the team. Not only for me, but for everybody,” Alisson said.

“Virgil, Joel, Joey…they are those kind of players who give you the feeling of safety. They can help to bring us the consistency, that is a main part of our way to play.

“If you can have the clean sheet, you are halfway to a victory. So counting on them is really important for everybody.

“And Joel shows in the last match as well that he can also contribute as a playmaker!” 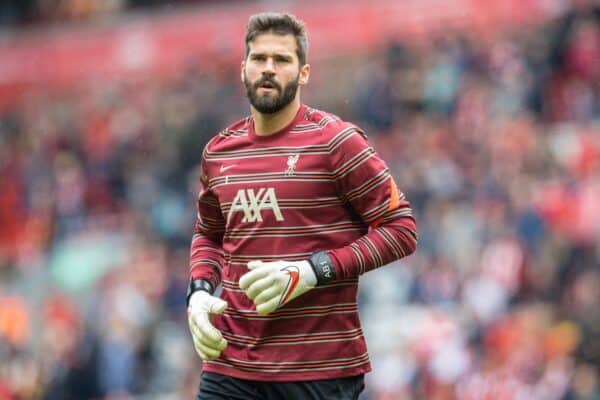 Liverpool could have been subjected to more unwanted absences for the trip to Elland Road had Alisson and Fabinho been ruled out due to a complaint from the Brazilian FA to FIFA.

With Premier League clubs blocking call-ups for players travelling into red-listed countries for internationals this month, Brazil had sought a five-day ban for those not permitted to report for duty.

Thankfully, common sense prevailed and the pair were able to start, and Alisson is hoping for a positive solution ahead of the next string of World Cup qualifiers in October.

“The way things are going in the world in the last two years, I think we are prepared for all the situations,” he continued.

“I think we’ve learned a lot from these difficult times we are living.

Not a bad start to the season for the Reds! pic.twitter.com/h3aTn1vptf

“This week wasn’t different, I wasn’t sure if I would play or not, but I just needed to be sure that I’d be ready for the game.

“My preparation was the same as the other games, and I’m really happy that all the sides worked together – the national teams, the clubs, the Premier League, FIFA – to bring a solution for this situation.

“Also, I really trust them to find a solution for the next international break. That’s something that we need to start to speak about now.”