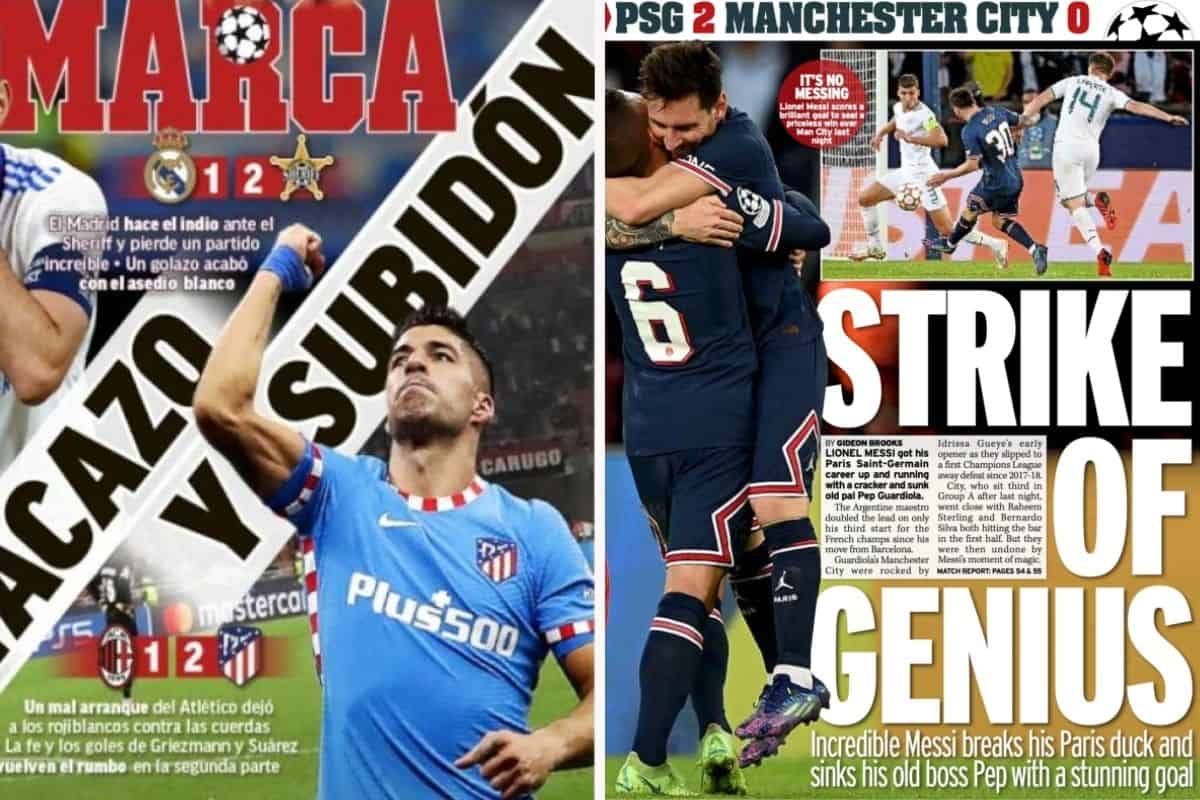 Liverpool romped to a convincing 5-1 win at Porto on Tuesday night, while elsewhere in Group B, Atletico Madrid completed a last-minute comeback to notch their first victory.

The Reds were in cruise control for much of their proceedings at Estadio do Dragao and a 2-0 half-time lead ought to have been more in the second Champions League group game.

More goals would come in the second 45, however, to heap further misery on Porto as Mohamed Salah and Roberto Firmino went home with a brace while Sadio Mane settled for a single.

A headed goal from Mehdi Taremi would be the only blemish on the night for Jurgen Klopp‘s men who have laid down an early marker in their group with a 100 percent record.

But Atletico Madrid managed to keep the deficit to just two points thanks to a very late comeback at AC Milan, with ex-Red Luis Suarez converting a penalty to clinch a 2-1 win.

The contest was a frenetic one, played out in front of a wild atmosphere at San Siro – although only 50 percent full – that saw Milan capitalise first with Rafael Leao opening the scoring in the 20th-minute.

But it took a turn for the worse when Franck Kessie was sent off after picking up two yellow cards in quick succession, leaving Milan to navigate more than an hour with just 10-men.

And they came so very close to doing just that but as they dropped deeper and deeper toward their own goal, Atletico pounced first through Antoine Griezmann before a handball in stoppage time handed Diego Simeone’s men a penalty.

Suarez converted, albeit not very convincingly, in the seventh minute of stoppage time to prove the difference and move Atletico up to four points, two behind Liverpool.

The result still keeps the Reds at the top of Group B but it sets up a fascinating outing next time out when Liverpool are tasked with travelling to Spain for the third game.

And Klopp will know from recent memory that it is not an easy place to come away with a victory.

Elsewhere in the Champions League on Tuesday night, Sunday’s opponents in Man City were handed a 2-0 defeat by Paris Saint-Germain as Idrissa Gueye found the net before Lionel Messi wowed the crowd with his first goal for the club.

Pep Guardiola’s side had enough chances of their own to win the game as Gianluigi Donnarumma and the goalpost played a crucial role for the French outfit, which will still give Klopp plenty to ponder.

Finally, there was a clear shock of the day as Sheriff Tiraspol clinched a 2-1 win over Real Madrid, while Simon Mignolet‘s Club Brugge notched a 2-1 victory away at RB Leipzig.