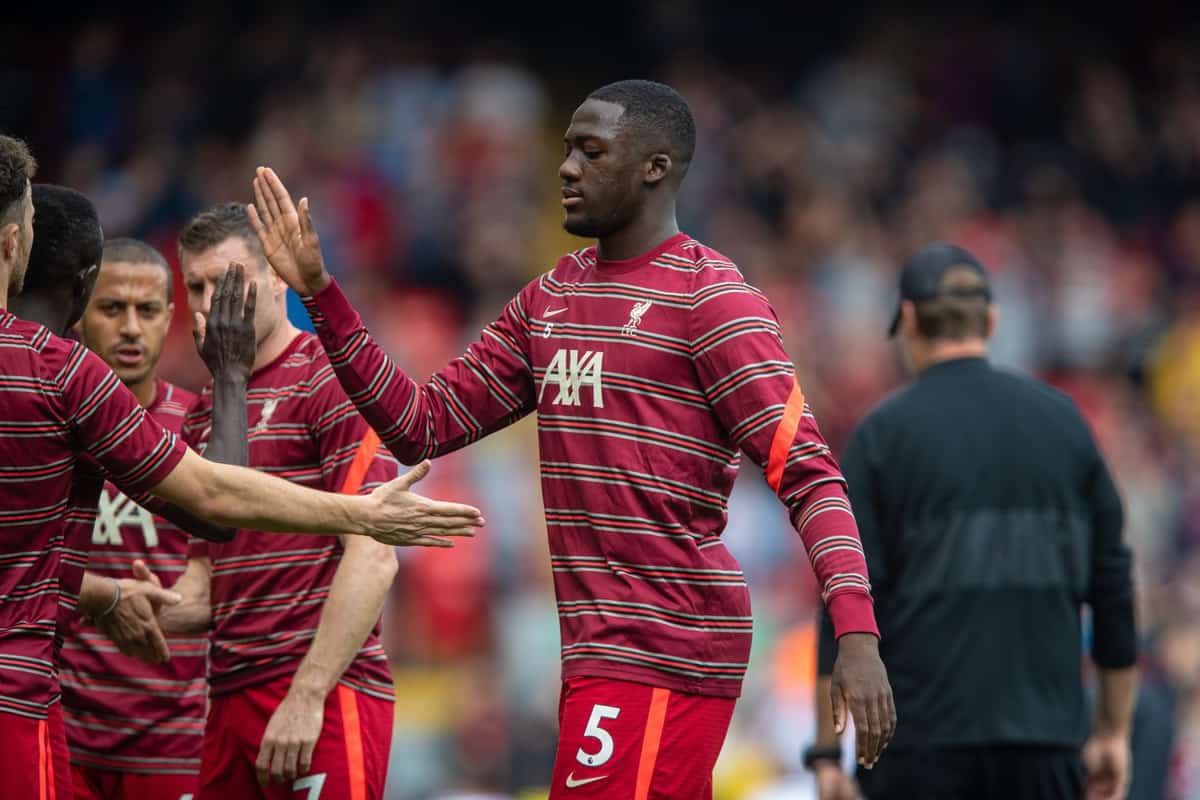 The manager sprung a surprise as he named his lineup for the Group B opener, with Joe Gomez and Divock Origi handed first starts of the season.

“We have to be sensible,” Klopp explained after the game, specifically noting the need to reshuffle his centre-backs throughout a busy run.

This trend has continued this afternoon, with Virgil van Dijk among those back in the side as Liverpool take to the field with six changes from Wednesday night.

Alisson is among those to keep his place, with James Milner, Ibrahima Konate and Kostas Tsimikas joining Van Dijk in the back four.

Fabinho starts in the No. 6 role, with Thiago returned to midfield along with Jordan Henderson.

With Roberto Firmino still out, Sadio Mane is in next to Mohamed Salah and Diogo Jota.

Trent Alexander-Arnold is absent due to illness, while Joel Matip has been rested. Origi is able to take a place on the bench after cramp issues in midweek. 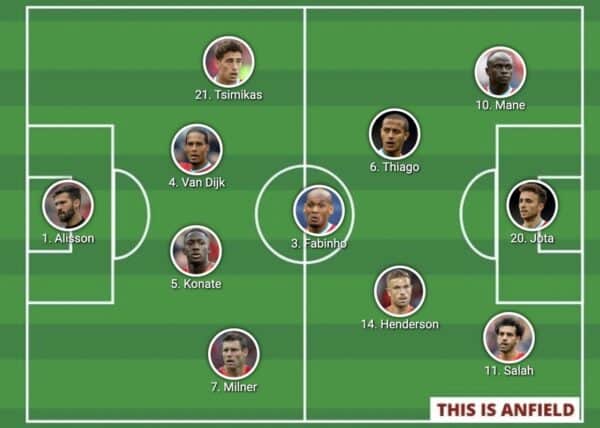