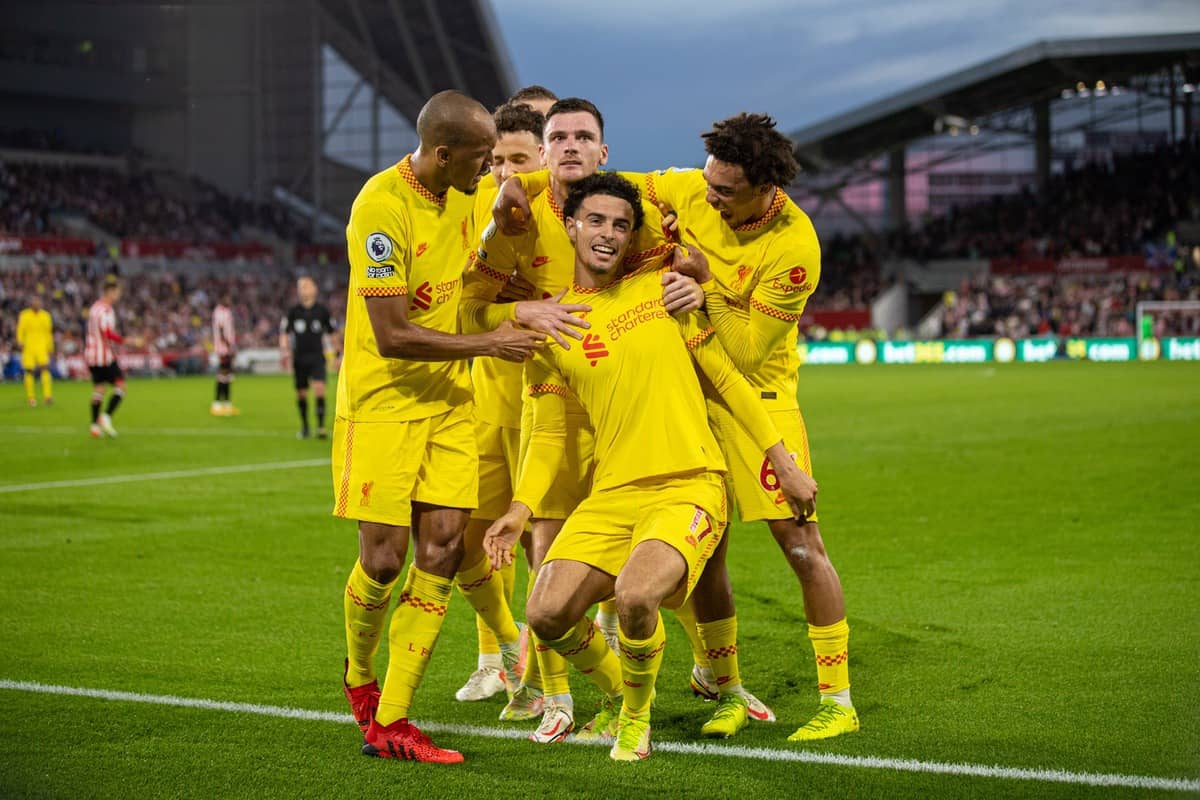 Curtis Jones was disappointed that his sizzling strike at Brentford did not earn Liverpool all three points.

The midfielder lashed Liverpool in front in the Premier League contest with a fierce drive which flew into the net via a slight deflection.

But Brentford substitute Yoane Wissa finished from close range eight minutes from time to secure a 3-3 draw for the hosts.

The Reds are a point clear at the top of the table but left west London with the feeling it should have been three.

“I got the ball and came inside and it opened up, so I saw the goal and I just hit it. I was fortunate enough that it went in,” Jones told Liverpool’s website.

“But I’m disappointed that we never came away with all three points and we’ll definitely be going for them in the next game.

“We came here and we played well but they’re a good side as well, so I thought a draw was actually fair. They’re a very good side, they were hard to play against, so fair play to Brentford.

“That’s what happens, you know – it’s the Premier League and the teams are all good. If you’re not at 100 per cent, you get punished.”

Ethan Pinnock had fired Brentford into an early lead but goals from Diogo Jota and Mohamed Salah – his 100th in the Premier League for Liverpool – put the visitors in control.

However, Vitaly Janelt headed Brentford’s first equaliser and after Jones’ strike, Wissa earned a deserved point from a breathless encounter.

“I spoke to the players and I said we need to be brave and we need to show the attitude. Be humble, but make sure we’re brave and don’t have regrets against a big team.”