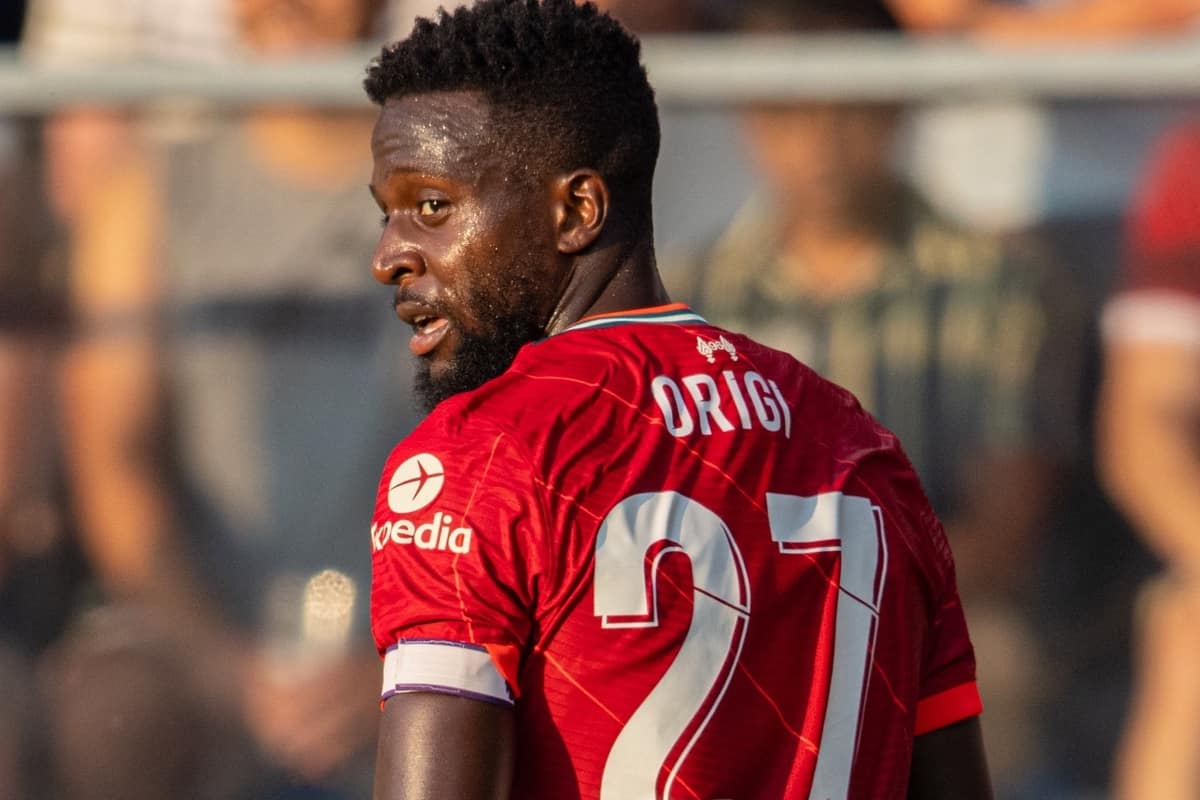 Divock Origi‘s love affair with the League Cup could continue tonight as looks to add to take his goal tally in the competition to 10.

The Reds have won 16 and lost nine of 34 visits to Norwich in all competitions, with nine draws. In that time, they have scored the opening goal in each of their last 15 meetings with the Canaries – all in the league.

This will be the first domestic cup meeting between the teams since an FA Cup tie in January 1990.

A Night to Remember?

Curtis Jones is set to play his 50th game for Liverpool in all competitions.

There could also be possible League Cup debuts for Alisson, Ibrahima Konate and Nat Phillips.

And Liverpool have been involved in 12 League Cup penalty shoot-outs, winning eight – but the club have lost four of their last six shoot-outs in all competitions.

Of the current squad, Divock Origi has scored more goals in this competition for the club than any other player. He has scored nine times in just 13 games. His last Liverpool goal came in the win at Lincoln in this round last year.

If he scores this evening Origi would become only the ninth player in Liverpool history to score 10 or more League Cup goals.

The Luck of the Draw…

This is the 13th time in the last 17 domestic cup draws (League Cup and FA Cup) that Liverpool have been drawn against a fellow Premier League team.

And in the 18 League Cup games under Jurgen Klopp, 69 different players have been used.

A Tough Road Ahead

Liverpool, this evening, embark on a run of games that will see them play six of their next seven away from home – the exception being the home game with Manchester City in 12 days time.

Daniel Farke reached the fourth round of the League Cup in his first two seasons at Carrow Road but went out at the first time of asking in the last two.

City have lost every game this season apart from the 6-0 League Cup win over Bournemouth in the last round.

And they have lost all three home games in the top-flight – Liverpool (0-3), Leicester (1-2), Watford (1-3) and have conceded 14 goals in all five league games – the most by any Premier League team.