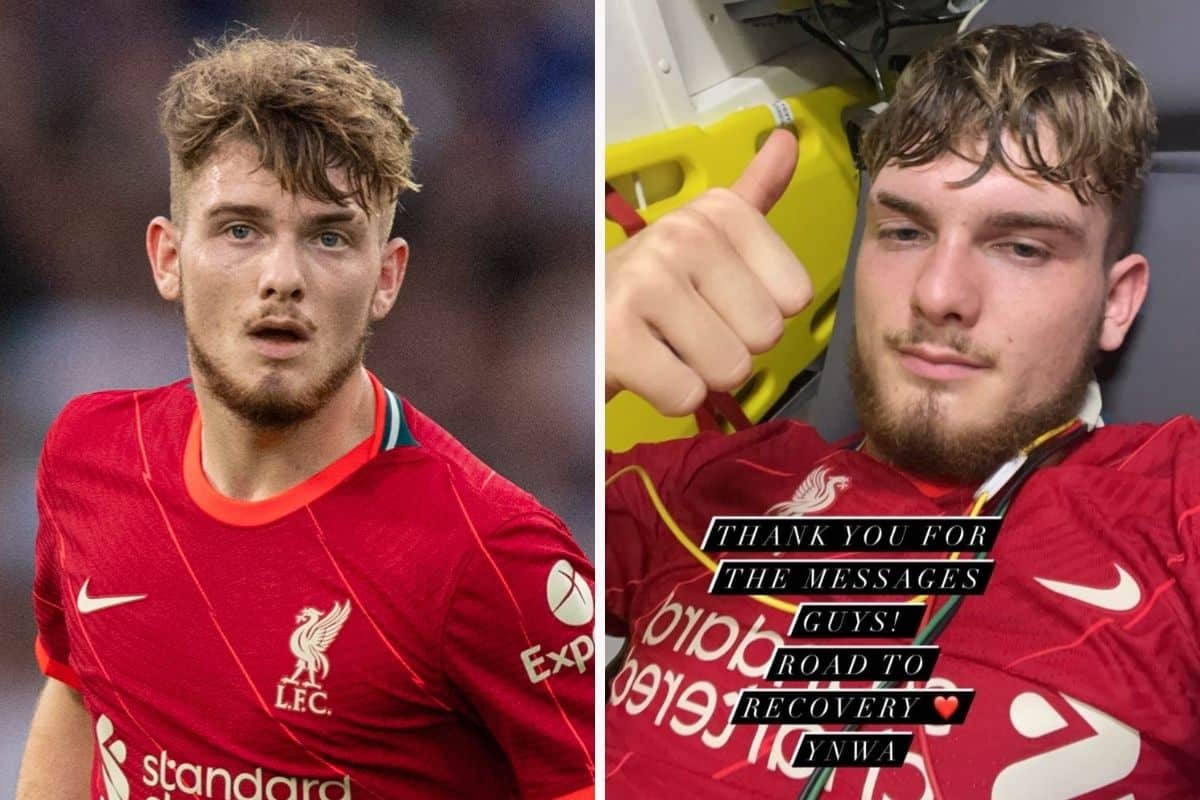 Harvey Elliott is facing a spell on the sidelines after suffering a dislocated ankle in Sunday’s win at Leeds, Jurgen Klopp has confirmed.

The 18-year-old’s injury overshadowed Liverpool’s 3-0 win at Elland Road, with Elliott stretchered off after a challenge from Pascal Struijk, for which the defender was sent off.

The reactions of those around Elliott immediately underlined the serious nature of the injury, with Mo Salah straight away screaming to the bench.

Ibrahima Konate was visibly shocked and was at one stage in an embrace with Klopp on the pitch, while one of Liverpool’s medical staff had tears in her eyes.

“It is a bad injury. Ankle dislocated, we could put it back. He’s now in the hospital, so we have to wait.

“Do I want such a young boy to have this experience that early in his career? No, but now it’s the case and we have to be there – and we will be there.

“We will play football without him, but we will wait for him as well. Because obviously he’s a top, top, top player.”

On his immediate reaction, the manager added:

“I saw the situation. I saw then immediately the effect, because I could see his foot not in the right place.

“That’s why we were all shocked, absolutely. That’s it.” 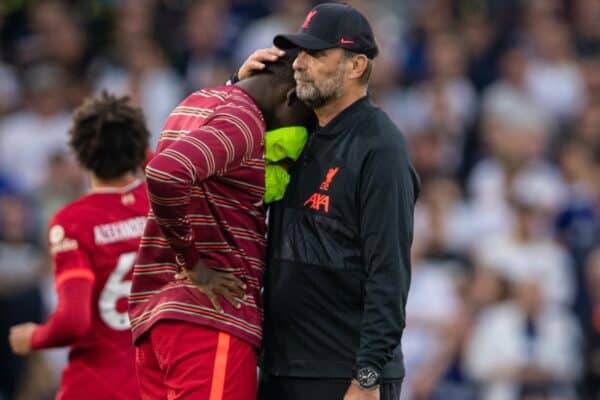 Klopp refused to be drawn on what he said to the referee, Craig Pawson, instead opting not to comment on the injury in relation to refereeing.

Having only last month spoken of his dislike for the new ‘interpretation of tackling fouls, we can all assume how angry Klopp is but he has wisely opted not to make that the story here.

“I’m not sure this is the right moment to talk about these things,” said the boss.

Meanwhile, Elliott himself posted an updated on his Instagram from the ambulance, saying: “Thank you for the messages guys. Road to recovery ?? YNWA”

“First and foremost, it’s one of the few Instagram posts I love because if he sends that already then it shows he has not that much pain anymore, that’s great news.

“Obviously it’s a bad injury and we have to wait now for further examinations, assessments or whatever, scans, and that’s what we do.”

At this stage it’s difficult to put a timeframe on how long Elliott will face on the sidelines, but Liverpool fans shouldn’t expect him back this side of the New Year.