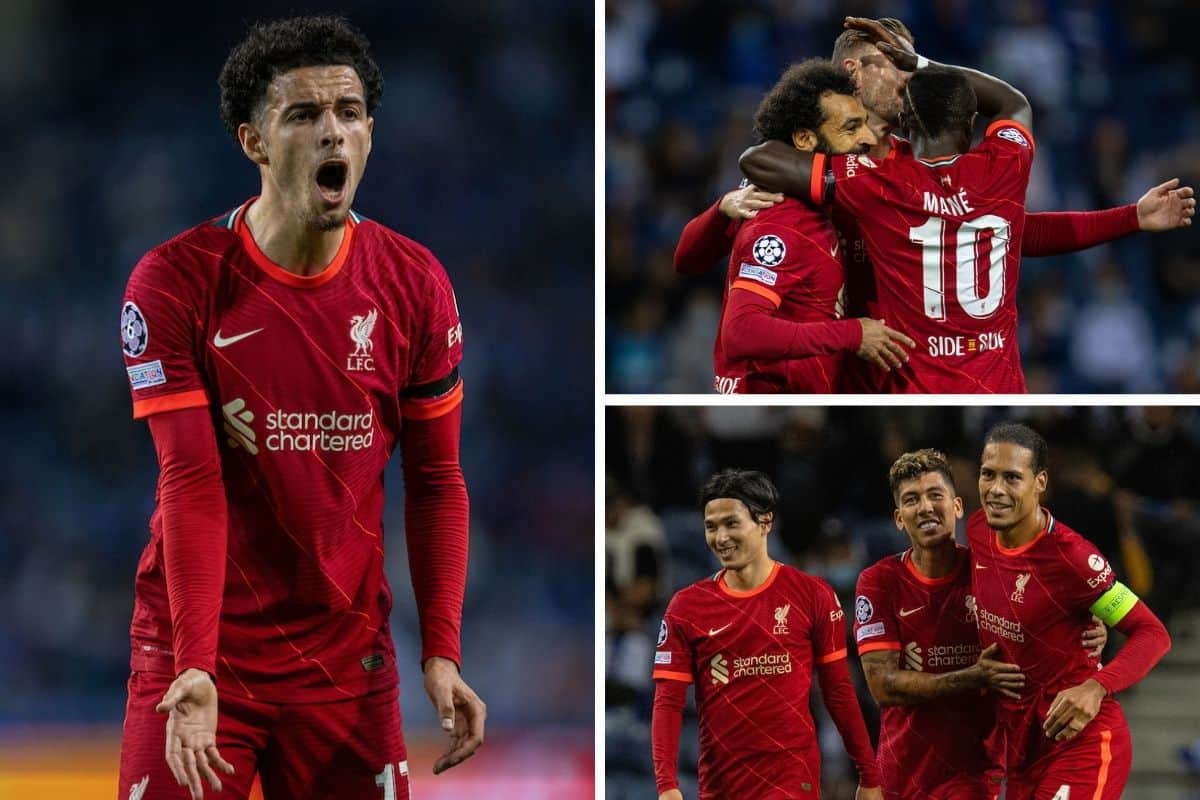 It was a five-star performance from Liverpool once more at Porto, a result that offered greater insight into the Champions League group and the levels Curtis Jones can reach.

Jurgen Klopp insisted pre-match that recent meetings with Porto meant nothing, but history repeated itself as the Portuguese side were left to lick familiar Liverpool-inflicted wounds.

Mohamed Salah, Sadio Mane and Roberto Firmino were all on the scoresheet, with Jones’ hands all over the impressive victory that maintained the Reds’ spot atop of Group B.

After asking for a response from the draw at Brentford, the manager got one and his side now have Man City ahead before yet another international break sees domestic action take a backseat.

Here, This Is Anfield’s Joanna Durkan (@JoannaDurkan_) is joined by Danny Dwyer (@decayingcactus) to discuss one Curtis Jones, the shape of Group B and the XI for Man City‘s visit.

How about that performance from Jones… 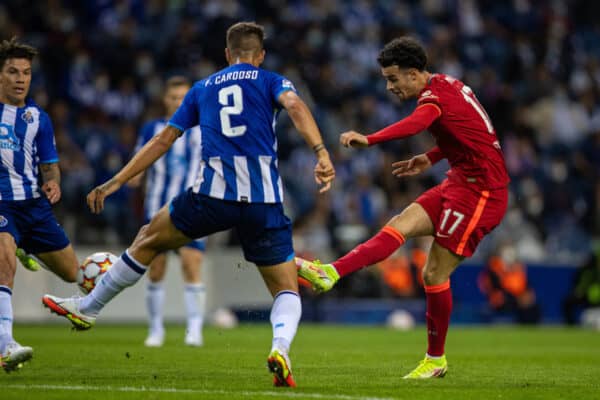 DANNY: He was absolutely outstanding. Credited with two assists but he made four of the five goals happen. His composure on the ball is exciting to see from a young Scouser.

JOANNA: That’s something that also stood out to me as well, Danny. He’s always had that confidence but we’re seeing more now that he can ride tackles, see the bigger picture and execute.

Harvey Elliott‘s injury opened the door and he is making the most of the opportunity. He ran the game at Porto and it’s so easy to forget he is still just 20!

DANNY: He adds an element of unpredictability to the midfield because he’s happy to run at defenders, not afraid to shoot from range and can pick a pass. His goal against Brentford was superb and proved to be important, and to follow that up with a masterclass against the Portuguese champions who were on an 18 match unbeaten run is truly sublime.

An excellent few days from him and, hopefully, he can keep this momentum up on Sunday. His chance has come after a few injuries to other midfielders and, as Joanna said, he’s grasping that opportunity with both hands. “Warra win dat was den!”

JOANNA: It’ll be hard to push him out of the side for Sunday, that’s for sure!

We’ve seen 2 group members up close now, how we feeling about things… 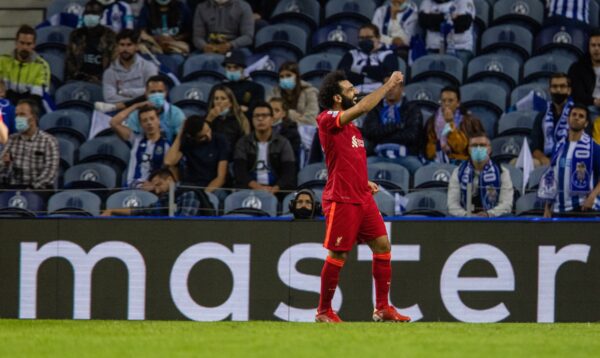 JOANNA: From what we’ve seen, Liverpool certainly look the most convincing – the blip against Milan was just that, a blip.

The double-header against Atletico will be tough, despite their early struggles, but getting points on the board in the first few games will do us wonders when it comes to the fixtures piling up towards the end of the year.

DANNY: Adding to the Atletico talk, they haven’t got going this season and were extremely fortunate to win at Milan with one of the worst converted penalties I’ve ever seen, after struggling for over an hour against ten men.

We’ll be out for revenge in what should be two spicy affairs against them, and if we can get four points from those next two games, we’ll be cruising.

JOANNA: For the health of my heart, that would be wonderful. I can see us getting those four points and it helps that we’ve got four days on either side of the meeting at Anfield.

DANNY: It’s a competitive group but we’re the best team in it. We’ve got Porto’s number, they can’t cope with us.

I’m hoping the last game against Milan at the San Siro isn’t a must-win for us and we have qualification wrapped up by then. The other teams will take points off each other and it’s up to us to just win our games and hopefully secure top spot.

It’d be nice to do the group stages the easy way for a change! There’s work to be done but I’m not concerned.

And the XI vs. Man City… 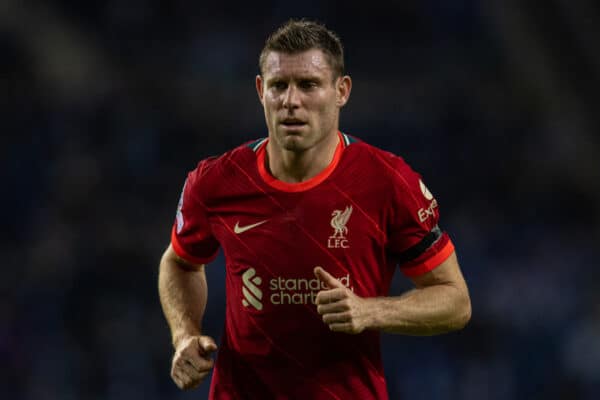 DANNY: If Trent is missing that’s a huge blow. It seems unlikely he’ll recover in time so my team would be unchanged from Porto.

Milner being subbed in the 66th-minute may indicate he has a shift on Sunday. He hasn’t let us down at right-back in the two games he’s been deployed there this season (Palace and Porto), where he was faced with tricky customers (Zaha and Luis Diaz).

I expect his form, leadership and big-game experience to earn his place at right-back in Trent’s absence.

Jones has to keep his place in midfield after last night’s showing so I’d be surprised if Klopp changed the team for Sunday. You need your best available XI on the pitch against City, and that’s the team who started at Porto.

The likes of Firmino and Keita are great options from the bench. It’s a massive game and I think the crowd will be well up for it which will get us over the line.

JOANNA: I agree with you there Danny in that I think Milner will be the chosen one, even if Joe Gomez did take over late on at Porto.

It’s not ideal but he has more than enough know-how to see the game out, but creativity will be just as important as keeping City’s forward at bay.

However, I see Firmino coming into the XI at the expense of Jota – it was a surprise that the No. 9 didn’t start on Tuesday and he’ll add fresh legs into an attack that is working together nicely.

Not sure if we’ll get three or more goals for the seventh game in a row, but I’m nervously optimistic for Sunday.

DANNY: My prediction then. 2-1 Liverpool with goals from Salah and Jota with a yellow card for James Milner!