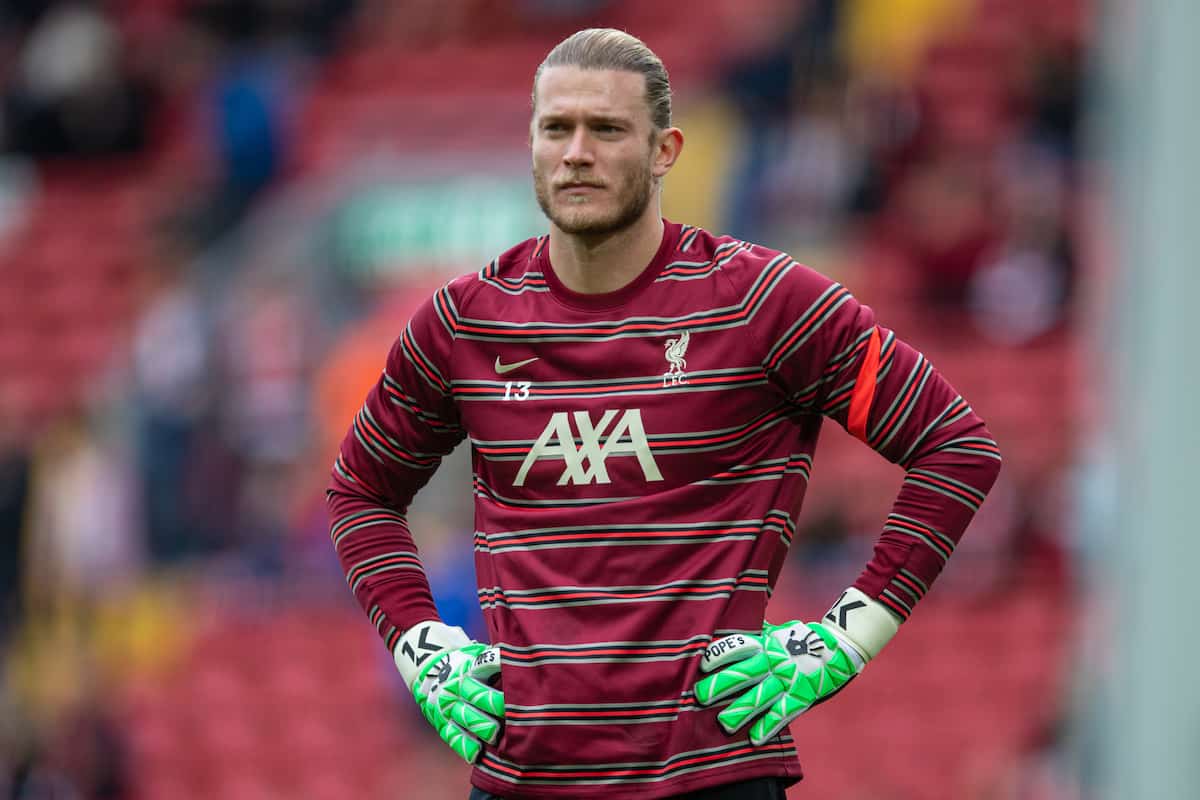 Loris Karius has been sidelined with a shoulder injury dating back to before the end of the summer transfer window and a move in January is on his radar.

The goalkeeper had been expected to depart in the summer after having failed to make a competitive appearance for Liverpool since 2018, now firmly acting as the fourth choice at best.

But no switch materialised before the August 31 deadline or thereafter for leagues elsewhere in Europe, leaving him to sit idle at Liverpool until January at the earliest.

It came after a switch to Basel reportedly fell through due to his wage demands, with a pay cut ultimately rebuffed for a fresh start in the Swiss Super League.

Instead, the 28-year-old has been nursing his shoulder injury in Berlin and has his sights on returning to training after the international break before taking stock of his future ahead of the winter window.

In an interview with BILD, Karius spoke of his goal to be a regular starter – but that can only come to fruition with a transfer either in January or as a free agent next summer.

“I’ve been out for about six weeks and I’ll try to rejoin training after the international break and get back in top shape. And then we’ll see what will happen in the winter,” Karis said, via Voetbal Primeur.

“My goal is to be under the bar every week. And we’ll see where that is.

“There were a few clubs in the picture [in the summer], but that didn’t get off the ground for various reasons.”

There will be no Liverpool comeback for Karius but after a tumultuous few years the hope is he will be able to restart his career sooner rather than later.

And the club’s goalkeeping coach John Achterberg has insisted he cannot say “anything negative” about the Reds’ former No. 1, whose career took a turn after the final in Kyiv.

“You hope that your goalkeepers make as few mistakes as possible,” Achterberg told AD, via Sport Witness.

“Karius making a mistake in the final against Real Madrid? You win together, and you lose together. It can make or break a career, but I can’t say anything negative about him.”