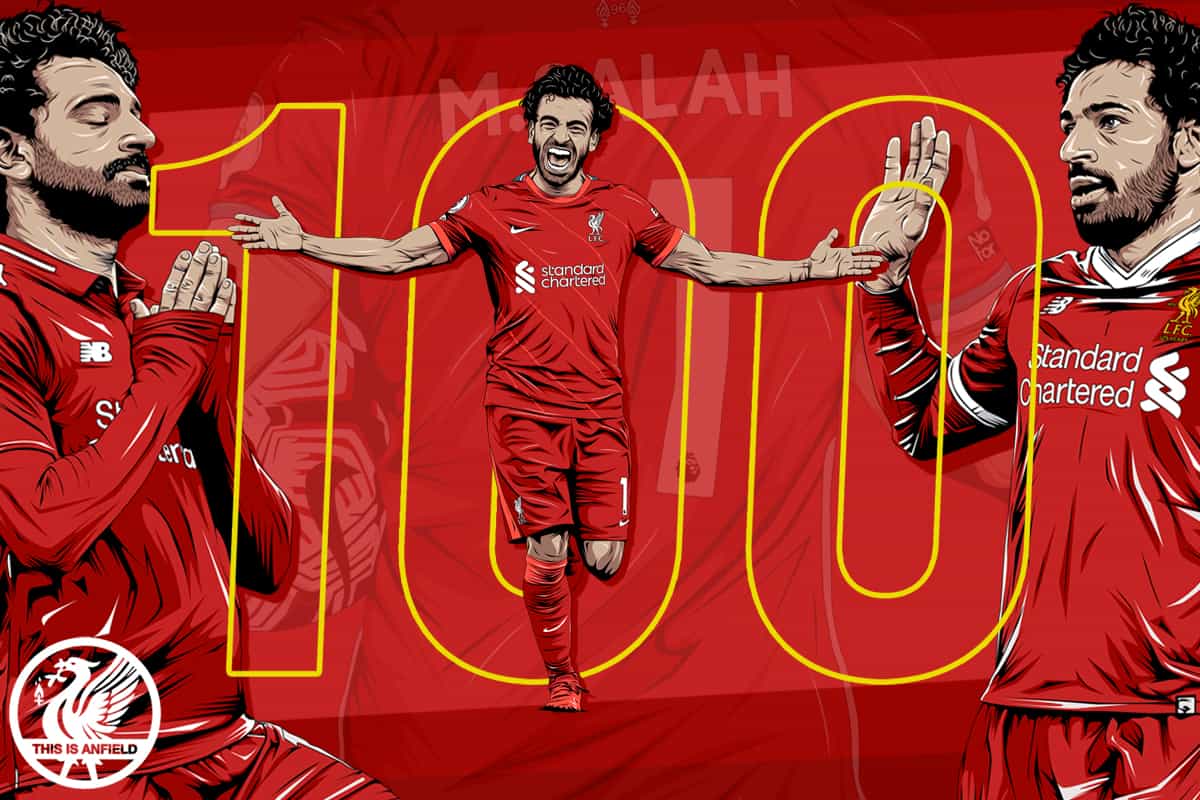 Mohamed Salah scored his 100th Premier League goal in 162 games as Liverpool beat Leeds 3-0 on Sunday evening, becoming the fifth-fastest player to do so.

When Salah arrived at Anfield, he was considered a winger – and one with major doubts raised over his capability after a quiet first spell in England with Chelsea.

But the No. 11 has defied expectations in the four years since swapping Roma for Liverpool, with 128 goals in 207 games cementing him as one of the best players in the club’s history.

Of those 128 goals, 98 have come in the Premier League, and having scored twice in the top flight for Chelsea, he has now joined the 100 club.

Salah is the 30th player to net 100 times or more in the Premier League, and having done so in 162 games, he is the fifth fastest to do.

Only Alan Shearer (124), Harry Kane (141), Sergio Aguero (147) and Thierry Henry (160) hit the milestone in fewer appearances, which is a testament to Salah’s achievement.

100 – Mohamed Salah is the 30th player to have scored 100 Premier League goals, with only four players reaching the milestone in fewer appearances than the Egyptian. King. #LEELIV pic.twitter.com/sSGKd7F9V4

He is the eighth player in the 100 club to have represented Liverpool throughout their time in the Premier League, following Peter Crouch, Emile Heskey, Steven Gerrard, Nicolas Anelka, Robbie Keane, Michael Owen and Robbie Fowler.

Owen (118), Gerrard (120) and Fowler (128) are the only players to net 100 or more Premier League goals for the Reds, and in all probability, Salah will become the top scorer before he departs.

Liverpool are eager to keep Salah beyond the expiry of his current deal in 2023, and this latest record highlights just why they will be desperate for him to extend his stay.