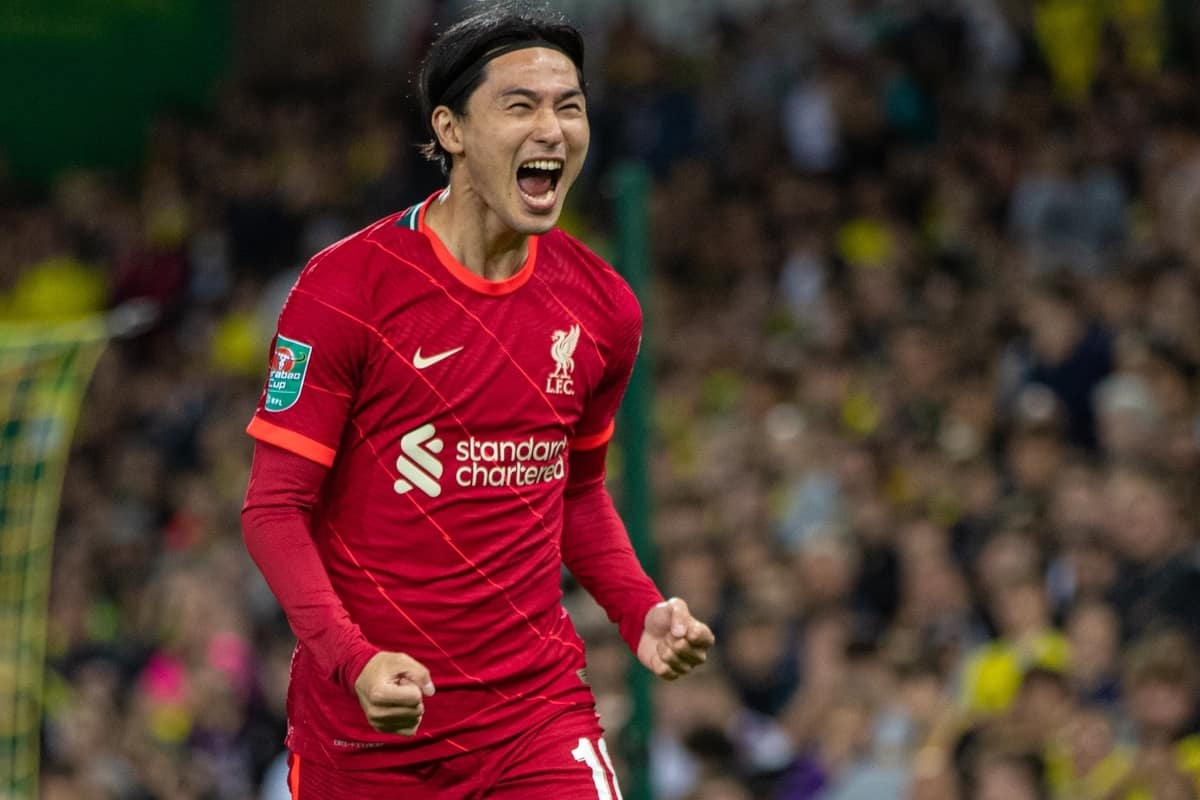 A number of players caught the eye in Liverpool’s 3-0 win away to Norwich in the League Cup, including two-time goalscorer Takumi Minamino.

The Reds took on the Canaries in third-round action on Tuesday evening, with Jurgen Klopp ringing the changes and resting key men.

Minamino gave Liverpool an early lead with a well-taken finish, before Divock Origi added a second soon after the break.

The former got his second of the night to round off the scoring, as Jurgen Klopp‘s fringe players delivered at Carrow Road.

It was a routine win for Liverpool, even though Caoimhin Kelleher saved a penalty at 1-0, and the fourth round now beckons.

Here we compare our player ratings with those from the Liverpool Echo, The Redmen TV, FotMob and the TIA readers. 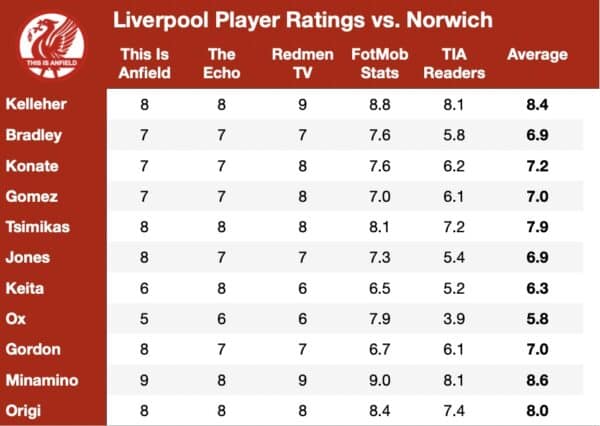 It was no great surprise that Minamino (8.6) ranked highest in the average ratings, following an influential showing.

The Japanese took his brace with aplomb and showed that he could be an invaluable squad option for Klopp this season.

TIA’s Jack Lusby gave Minamino the Man of the Match award, claiming he “showed his quality in two positions” and lauded his “brilliantly taken goals.”

Ian Doyle of the Echo felt he was “always a danger” to Norwich‘s defence, on what was an extremely positive night for him.

Kelleher (8.4) was considered the second-best player at Carrow Road, mainly due to his penalty stop.

The Redmen TV hailed it as an “exceptional performance” by the 22-year-old, while Lusby said it was a “statement” display in front of the Republic of Ireland manager.

In third place was Origi (8.0), who was also much-improved for Liverpool, looking lively and causing problems.

Doyle took his hat off to the Belgian for being a “focal point for the attack,” also noting that he “pressed well” from the front.

It was a poor night for Alex Oxlade-Chamberlain (5.8), however, who ranked lowest after losing seven duels and only completing 73 percent of his passes, according to FotMob.

There were few issues to dwell on, though, following a hugely positive night for the Reds.