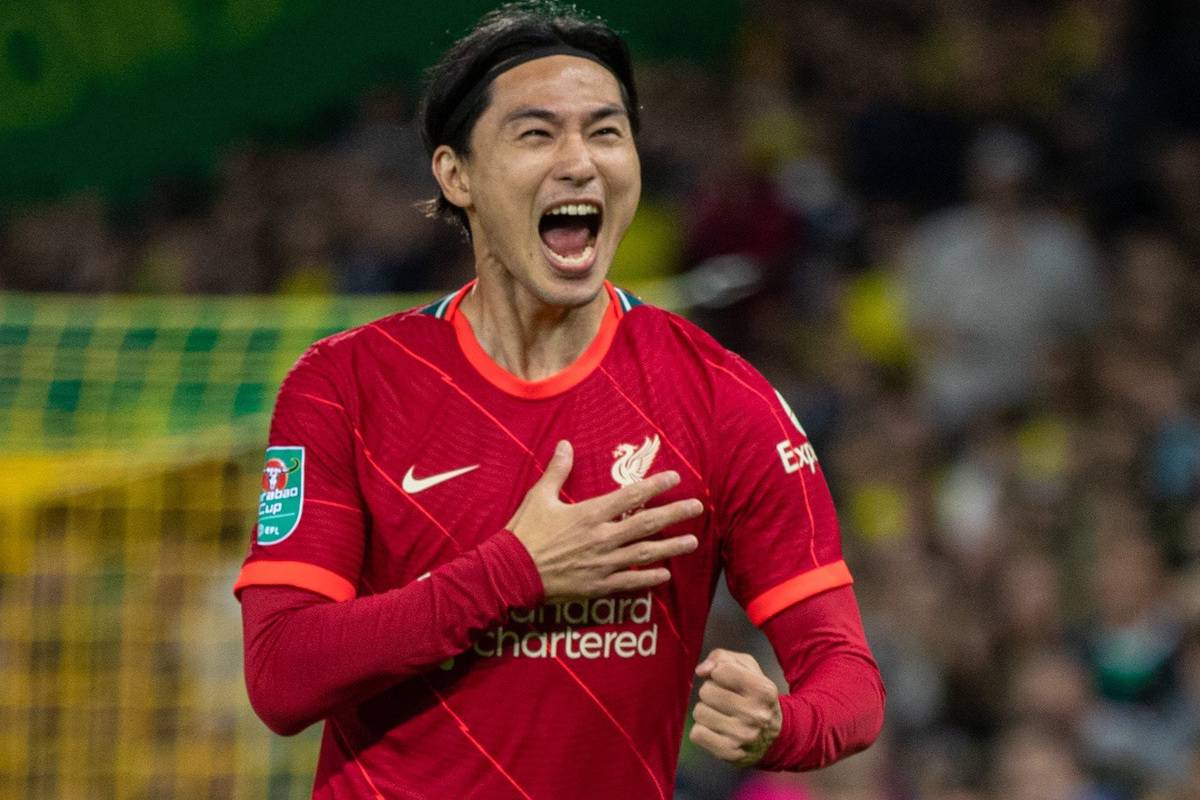 Minamino was not expected to depart the club midway through his first full season, but deadline day came in February and the Japan forward was on his way to St Mary’s.

The deal transpired after an enquiry into the availability of Neco Williams, with Liverpool rejecting advances for their young right-back but offering up the services of their No. 18 instead.

In a uniquely different season, Minamino was deemed less reliable an option than Divock Origi, with Klopp even suggesting he had preferred the Belgian due to his height at set-pieces.

With the squad reset following the return of Virgil van Dijk, Joel Matip and Joe Gomez, though, Minamino is back in the fold, scoring twice in Tuesday’s 3-0 win at Norwich.

Speaking ahead of the trip to Brentford this weekend, which could feasibly see Minamino involved again, Klopp reflected on how time at Southampton helped him during a tough adaptation period.

“Taki is really an outstanding, outstanding talent,” the manager told journalists from his briefing at Kirkby.

“He came in when everything was difficult, we had no supporters in the stadium, all that stuff.

“Then you need to get used to the Premier League, that’s how it is.

“Yes it helped massively that he went to Southampton, of course. He came back a completely different player.

“You can see that now, his finishes are really incredible, how he connects the game, how he drops in the right moment.

“He’s a different package now, that was really helpful.

“Players need time, we just don’t give them it often enough. He used the time, so that’s good.”