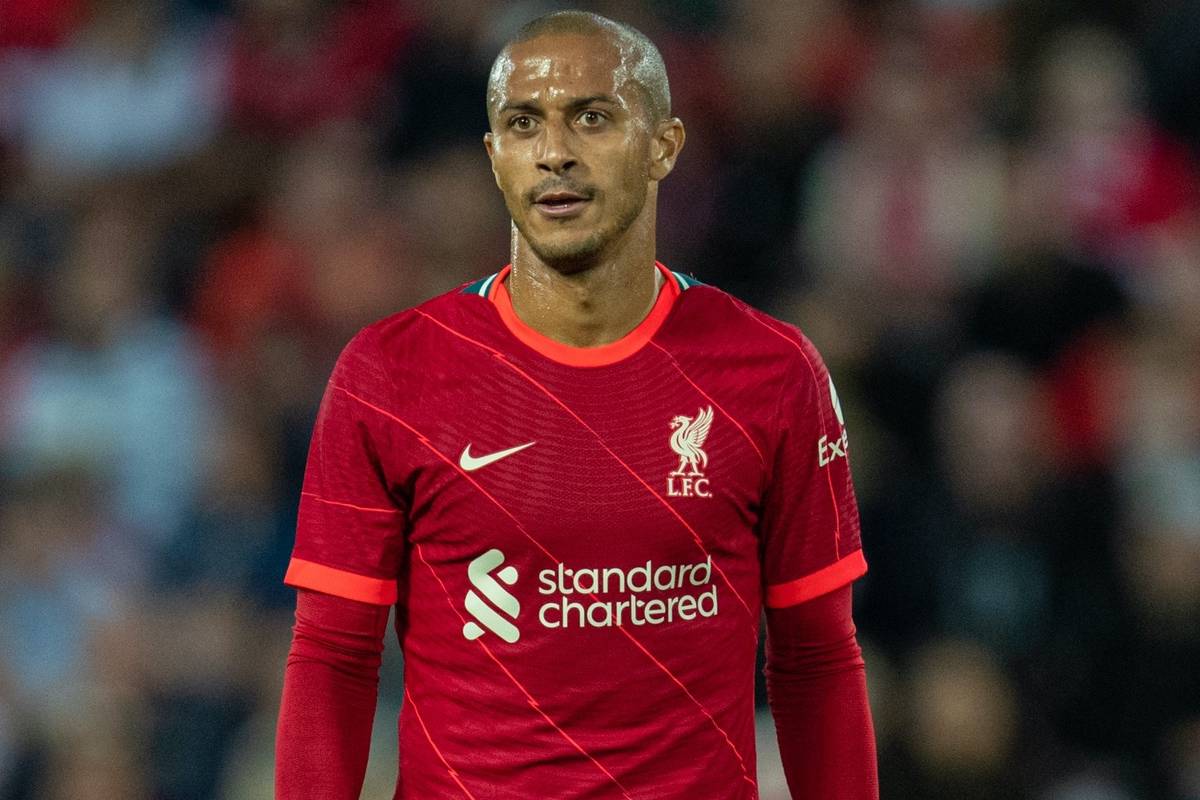 With Thiago sidelined until at least after the Man City game on October 3, the sight of the Liverpool midfielder on crutches has sparked concern he could be out for longer.

Thiago has been absent since the 3-0 win over Crystal Palace on September 18, with the Spaniard forced off due to injury just after the hour mark.

His replacement, Naby Keita, struck a stunning volley to seal the victory that day, but he has since also joined the injury list as one of three midfielders out.

The situation is likely to put heavier emphasis on Fabinho and Jordan Henderson as regular starters, while Jurgen Klopp will rely upon a mix of youth and experience as the third option, alternating between Curtis Jones and James Milner.

Liverpool have gone from considering the midfield as their strongest area to now being short of bodies, with no return date set for Harvey Elliott.

Speaking on Thiago‘s calf injury prior to the weekend’s 3-3 draw at Brentford, Klopp admitted it was “not 100 percent clear” how long the No. 6 would be out, but suggested he would miss at least the next two games against Porto and Man City.

Now, a photo of the 30-year-old and his family, shared by his wife Julia Vigas, showed Thiago to be using crutches as he continues his recovery.

This is normal procedure, of course, with Liverpool’s medical staff advising the player not to put any pressure on the muscle, but it is certainly not encouraging that he is not walking freely yet.

Thiago was unlikely to have been named in the Spain squad for next month’s Nations League semi-final against Italy and World Cup qualifiers against Greece and Sweden, but he will now be ruled out of contention.

The hope will be that he can use the international break to get back up to speed ahead of the trips to Watford on October 16 and Atletico Madrid on October 19.

But given his injury history, it would be no surprise if Thiago is sidelined for a longer period, with muscle injuries particularly troublesome as Roberto Firmino‘s recent month-long spell out proved.