Caoimhin Kelleher praises Liverpool youngster who is “pushing on” in training

Caoimhin Kelleher has singled out youngster Marcelo Pitaluga for praise, with the Brazilian goalkeeper “pushing on” since joining first-team training last year.

Due to the high turnover of games and the need for intensity in every session, Liverpool goalkeeping coaches John Achterberg and Jack Robinson typically work with a group of four.

Sometimes, that can even be increased to five, but more often than not, and Kelleher are joined by one other stopper.

Often this player can be deemed a ‘training goalkeeper’, with Andy Lonergan and Alex Manninger prime examples of this during Jurgen Klopp‘s reign, while Loris Karius could fit into this bracket upon his return from a shoulder injury.

But a specific focus on youth is also encouraged, with this the pathway Kelleher followed into the senior setup, allowing him to leapfrog Adrian and become second choice.

Now, it is Pitaluga – an 18-year-old signed from Fluminense last summer – who regularly trains with the first-team goalkeepers, with the likes of Harvey Davies and Jakub Ojrzynski also stepping in when required.

Speaking to the Liverpool FC magazine, Kelleher praised his young team-mate for his efforts in training, particularly following a spell out with injury.

“It’s been really good to train with him,” the Irishman said.

“He’s been here nearly a year now so we know him quite well, but he had an injury so it was great to see him back in pre-season.

“He’s been doing really well – pushing on – and I think all the goalkeepers are quite close as a group.

“We train really well together and it’s a good group to be part of.”

Achterberg has recently revealed that Pitaluga could be in line for a loan move in the near future, following the likes of Ojrzynski and Vitezslav Jaros in departing on a temporary basis.

But it can be argued that working with the likes of Alisson and Adrian every day could benefit the teenager more at this point, as Kelleher himself could attest.

Kelleher was close to a loan switch to the Eredivise ahead of last season, while Preston have been credited with an interest in the past, but injuries to Alisson left him to stay on Merseyside.

He subsequently impressed Achterberg and Klopp enough – while Adrian floundered when filling in – to earn game time during Alisson‘s time out, and now he is cemented as No. 2.

While Alisson is tied down for the long term having signed a new six-year contract in the summer, the natural line of progression could see Kelleher eventually step up on a permanent basis with Pitaluga challenging him. 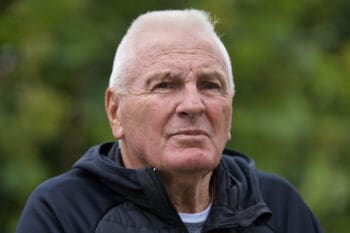