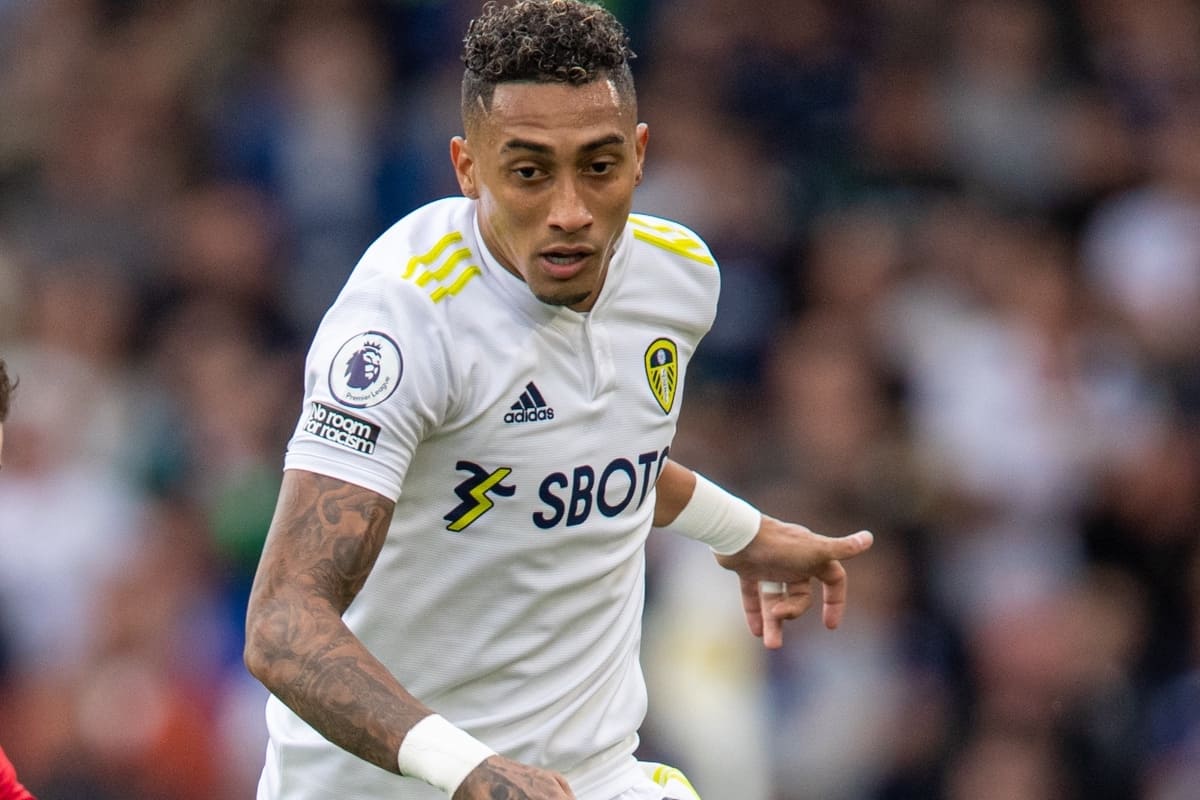 Deco was universally lauded during his time as a player, which most notably took in spells with Porto, Barcelona and Chelsea, but is now retired and working as an agent.

Along with Bayer Leverkusen centre-back Edmond Tapsoba, Raphinha is now arguably Deco’s biggest client, which could see him involved in high-profile talks over the next year.

The 24-year-old is enjoying a blossoming reputation since swapping Rennes for Leeds in 2020, and is now a full Brazil international – capping his first start with two goals in Friday’s 4-1 thrashing of Uruguay.

Despite Leeds‘ esteem in England, it seems only a matter of time before Raphinha opts to join a Champions League club, and Deco has confirmed that Liverpool are among those interested.

“Raphinha has become an important player in the Premier League, the club knows he has grown and things will happen naturally,” he told Globo Esporte.

“He is young, he has many challenges ahead. There are certainly several clubs that like him, and Liverpool do like him.

“There were enquiries [in the summer], but nothing official. Leeds wanted to keep him for another season.”

Raphinha has scored nine goals and assisted nine in 38 games for Leeds so far, and is taking up status as one of their most important players, with three goals in seven outings already this season.

Deco appears to have advised his client well, insisting that the player is happy at his current club, though while he is not “in a hurry,” he admitted Raphinha “has ambitions to play at a higher level.”

“Raphinha is happy at Leeds, and for sure the time will come to take the biggest leap in his career, to take a step forward,” he explained.

“He has a three-year contract, but it is not the contract that defines the length of stay or prevents transfers.

“Leeds are aware. They will want to make an important sale, and Raphinha will end up growing in his career.

“Raphinha has a market and Leeds have high expectations, it was never a project in a hurry.

“He has ambitions to play at a higher level despite Leeds being in the Premier League. But this is not the time, things will happen naturally.”