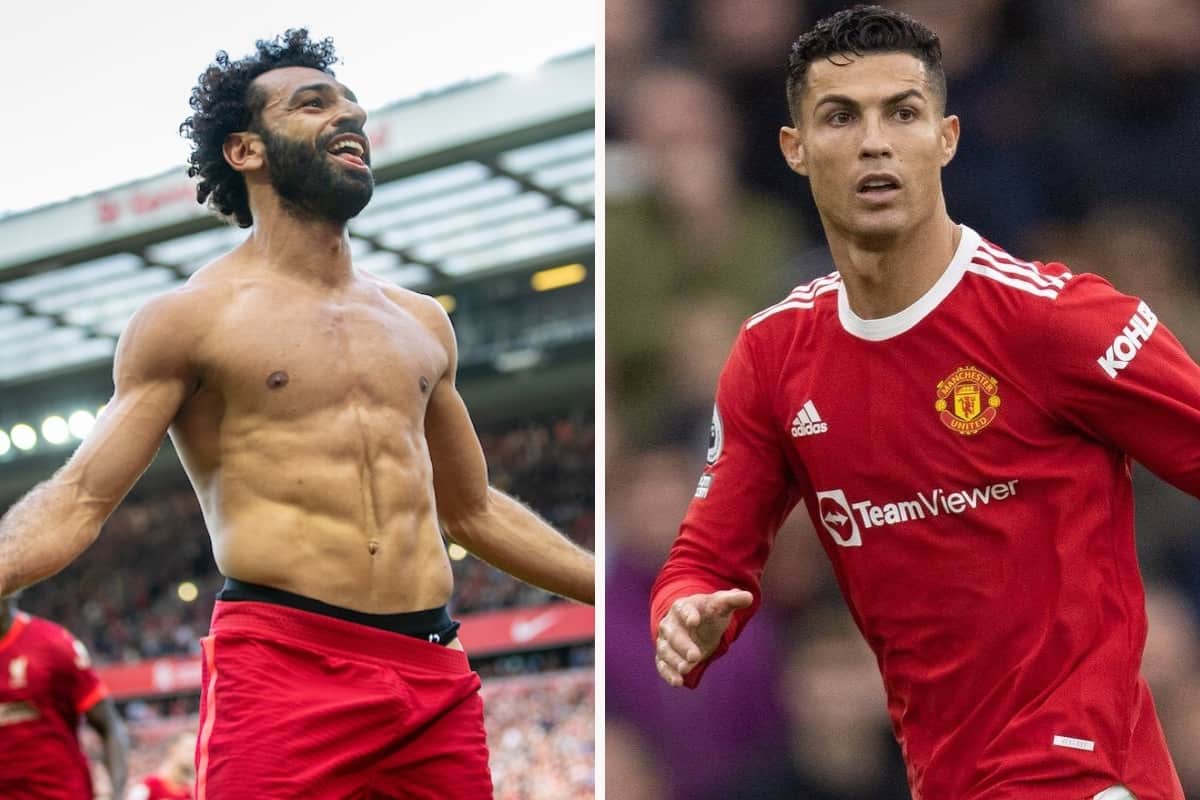 The Premier League Player of the Month award was not awarded to Liverpool’s Mohamed Salah, instead, it went to Cristiano Ronaldo. A decision that left Reds utterly baffled.

Liverpool’s No. 11 picked up from where he left off last season and then some, with nine goals and three assists to his name across all competitions.

Salah has been on another level and while not underappreciated by those of the Reds persuasion, it bizarrely remains the case outside of the club’s walls.

He was one of six players nominated for the Premier League Player of the Month award for September after goals against Leeds, Crystal Palace and Brentford.

However, the gong would go to Ronaldo after three goals in as many games with a brace against Newcastle on his return to Man United – two of those were tap ins.

The announcement was met by confusion as fans took to social media questioning how Salah continues to be overlooked time and time again:

Salah not winning the Premier League player of the month when he’s been the best player on the planet for five weeks is… hilarious. *quickly logs out*

How. Just how is Salah NOT player of the month ? I mean in these are irrelevant to what really matters come the end of the season but how can he continue to be overlooked. It’s so frustrating.

Ronaldo out of all people ?

Hahahaha how has Salah not won this https://t.co/hEVX1z2XQT

The actual player of the month. pic.twitter.com/cSekwRUjnP

A timely reminder that Mo Salah remains underrated *outside* Liverpool.https://t.co/rCDGT3xSeO

Salah vs the POTM at Old Trafford in two weeks ? pic.twitter.com/g9xi1H4ytS

Cristiano Ronaldo has won the Premier League player of the month for September, he has been sensational on his return but Mohamed Salah has been robbed here , Salah has been pretty much untouchable this season but PR will always win this stuff for Ronaldo #POTM #PL

Salah hasn’t won the Premier League player of the month since March 2018, in that time he’s scored 72 goals and provided 27 assists in 121 appearances.

– a goal contribution every 85 minutes

Can't believe Mo Salah hasn't won PL player of the month for September – almost as though awarding it to Ronaldo leads to more engagement and likes….

The award is not one that has a huge influence on the season ahead, although Salah may have something to say about that, but that the No. 11 was overlooked is dumbfounding.

Salah has been in his own league in recent weeks and it has led to a debate over being currently the best in the world, let alone the Premier League.

Not the desired narrative though, is it. In the meantime, Salah will no doubt continue putting the ball in the back of the net as the Reds look to continue their unbeaten streak on their return to action.