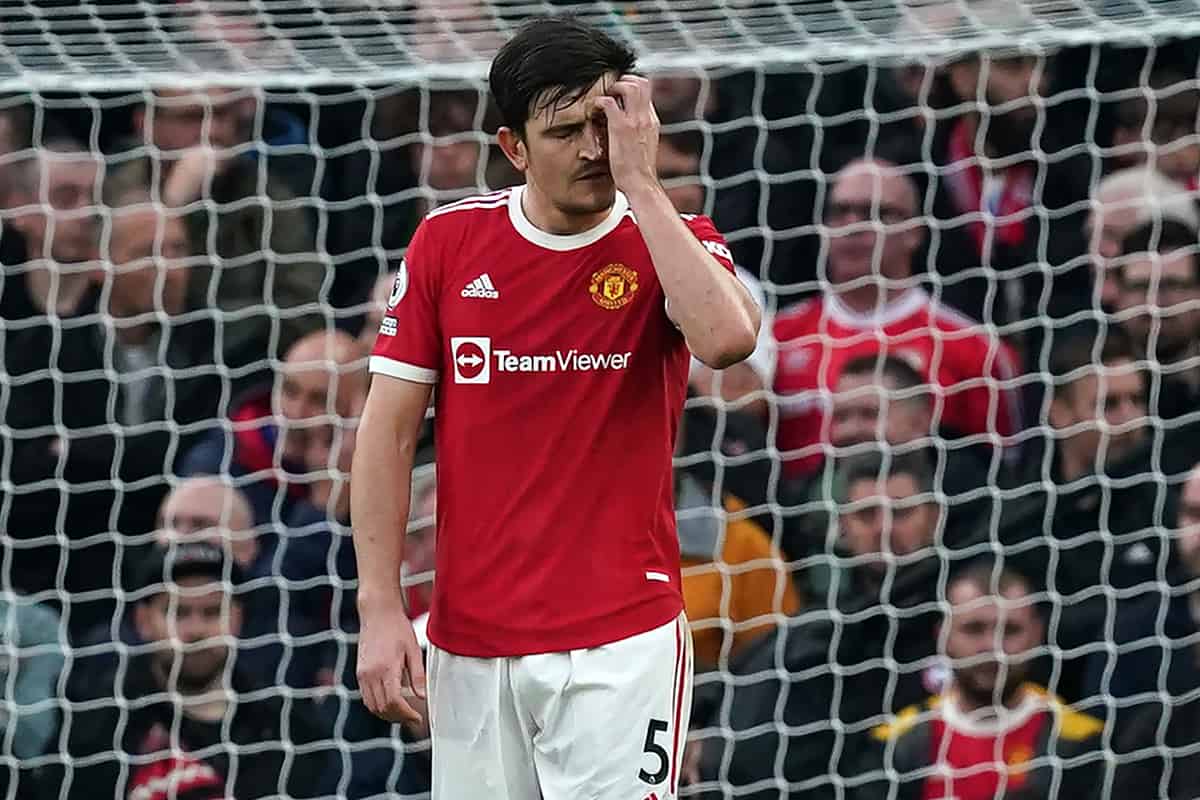 Manchester United captain Harry Maguire apologised to the club’s fans for the performance in Sunday’s 5-0 home defeat to Liverpool, which he acknowledged was “nowhere near good enough.”

Mohamed Salah scored a hat-trick as the hosts were ripped apart by their arch rivals to leave Ole Gunnar Solskjaer under the most intense scrutiny of his near three years in charge.

Shellshocked Maguire told Sky Sports shortly after full-time: “First and foremost, apologies to the fans. It’s nowhere near good enough for this club. We’re all hurt, we’re all disappointed. We’ve spoken in the dressing room.

“Obviously I’m here because I have to be here. The only real thing I’ve got to say is we apologise to the fans.

“They stuck right with us even coming off the pitch at 5-0 in the end – they’re singing and we appreciate that, but as a club we’ve got to do better.”

He continued: “As a player, I’ll be looking at myself, my individual performance. As a team, I’m captain of this club, so I lead the boys. We’ve got to come together, got to stick together.

“There’s no point in blaming people. You look at yourselves in the mirror and think what you can do better. It’s not about looking elsewhere and blaming others.”

Asked if it was too strong to label the result ’embarrassing’, he replied: “No, not really. The term I’d use is ‘not good enough’.

“The group of lads in there, I look at them each and every day in training, they’re doing everything they can, we’re working as hard as possible but at the moment it’s not good enough.”