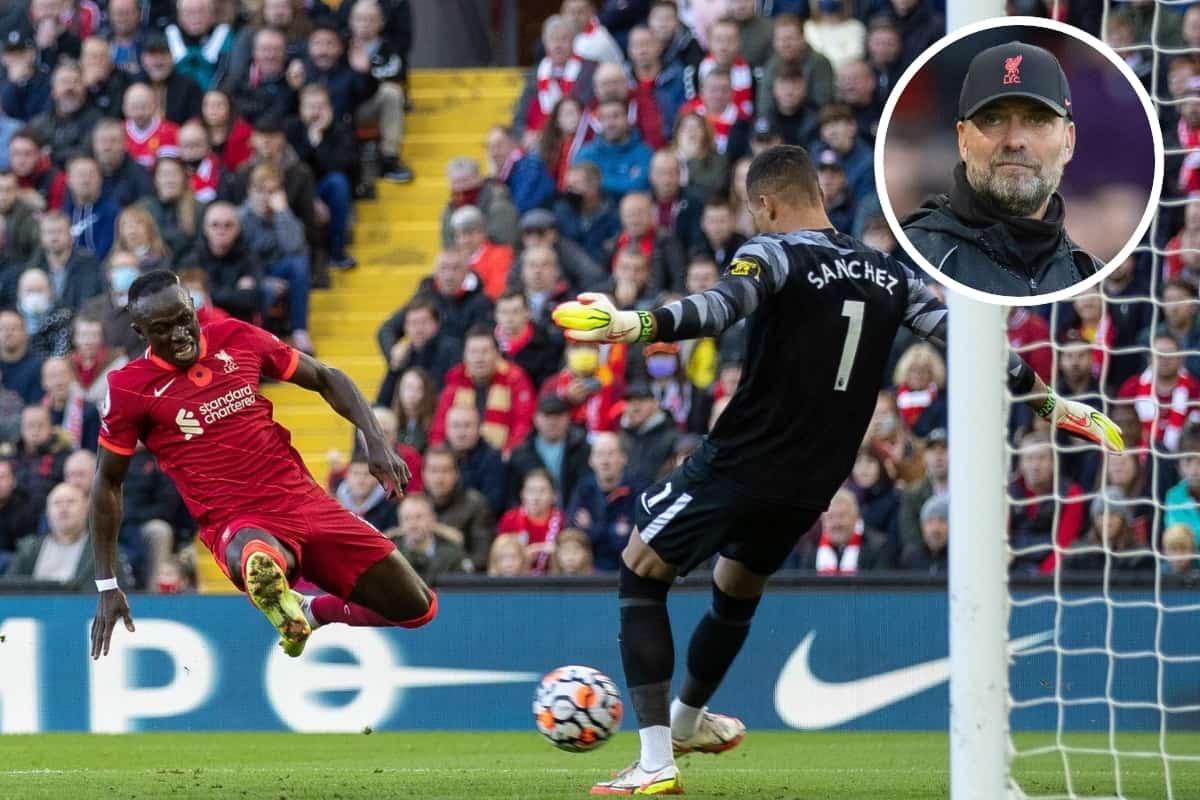 Jurgen Klopp has described Sadio Mane‘s disallowed goal against Brighton as his “favourite goal” as Liverpool manager, claiming “we worked six years” to execute it.

The Reds were already 2-0 up when Mane and Mohamed Salah charged down Brighton goalkeeper Robert Sanchez, whose clearance deflected off the No. 10 and in.

Liverpool believed they had extended their lead, but referee Mike Dean was left to consult VAR and, eventually, the effort was ruled out having gone in off Mane’s trailing arm.

Brighton turned the game around afterwards, with the two sides left to settle for a point, the hosts undoubtedly less happy after a 2-2 draw.

Speaking to LFCTV after the game, Klopp gave an interesting insight behind the workings of that disallowed goal, claiming it as “my goal of my whole six years here.”

“We played some of the best stuff we’ve played. Sadio Mane‘s second goal was, for me, my goal of my whole six years here.

“Pretty much, we worked six years here so we could score a goal like this. Unfortunately, it was disallowed. Then they had their moment.”

In his post-match press conference, Klopp labelled that effort and another from Salah in the second half – deemed offside – as “absolutely incredible.”

“Sadio’s second goal was my favourite goal of all six years at Liverpool probably,” he doubled down, “because how we put them under pressure there was just insane.”

Klopp did accept, however, that it was “probably handball” and rightly ruled out.

This is a fascinating view from the manager, whose high-pressing style has made Liverpool one of the most effective sides in world football, with that outlook employed to perfection for Mane’s unlawful goal.