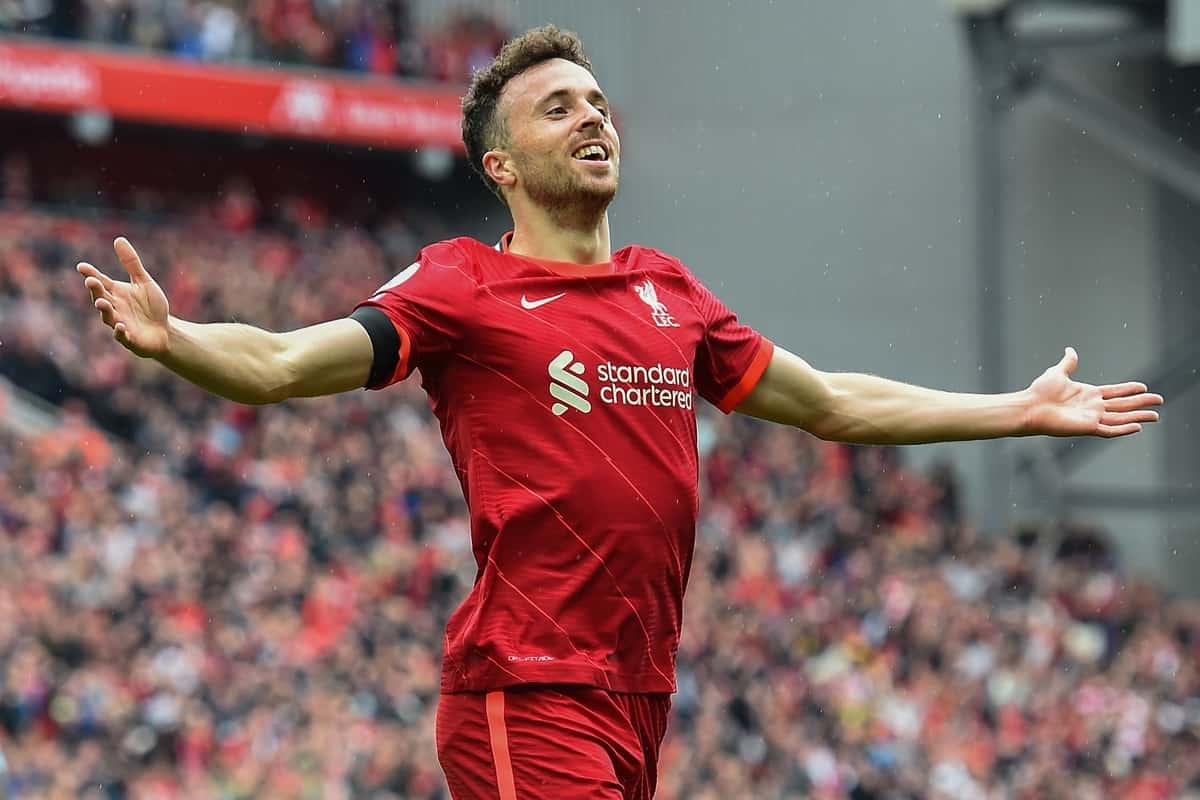 Jurgen Klopp provided the welcome news that Diogo Jota is anticipated to be available for Liverpool’s match at Watford on Saturday despite his early return from international duty.

Liverpool’s No. 20 was a key concern throughout the international break having failed to train or play for Portugal with an undisclosed muscle injury.

Having failed to join in with team training Jota returned to Kirkby earlier than expected, leaving Reds to sweat over his availability for the weekend.

But the manager has since offered a positive update as he expects Jota to be able to train “completely normal” on Thursday and therefore be available for selection at Vicarage Road.

The same goes for Trent Alexander-Arnold after he made his training return following a two-game absence with a groin strain.

Thiago remains the exception with a calf injury that has so far kept him sidelined for the Reds’ last four games.

“They are all good, they are all in a good way, let me say it like this,” Klopp told the club’s official website of his squad.

“So it looks really like Trent and Diogo will be fine, they will train with us tomorrow completely normal, that’s the plan.

“Thiago needs probably a little bit longer, [he] was not in team training yet – that’s always not a good sign for starting the next game.

“And the rest [of the] international [players], some are back, obviously some are not back yet. And we will see.”

Liverpool trained with only 12 players on Tuesday but will be bolstered by the likes of Jordan Henderson, Virgil van Dijk, Andy Robertson, Sadio Mane, Mohamed Salah, Curtis Jones, Naby Keita and Kostas Tsimikas ahead of the Premier League return.

The news of a relatively healthy squad is a welcome one with Liverpool’s prospects not having looked too encouraging earlier in the international period when you also considered the late return of Alisson and Fabinho.

The manager did not elaborate on any plans for the duo but that will be expected when the time draws closer to the resumption of domestic action that will see Liverpool play seven games in 22 days.