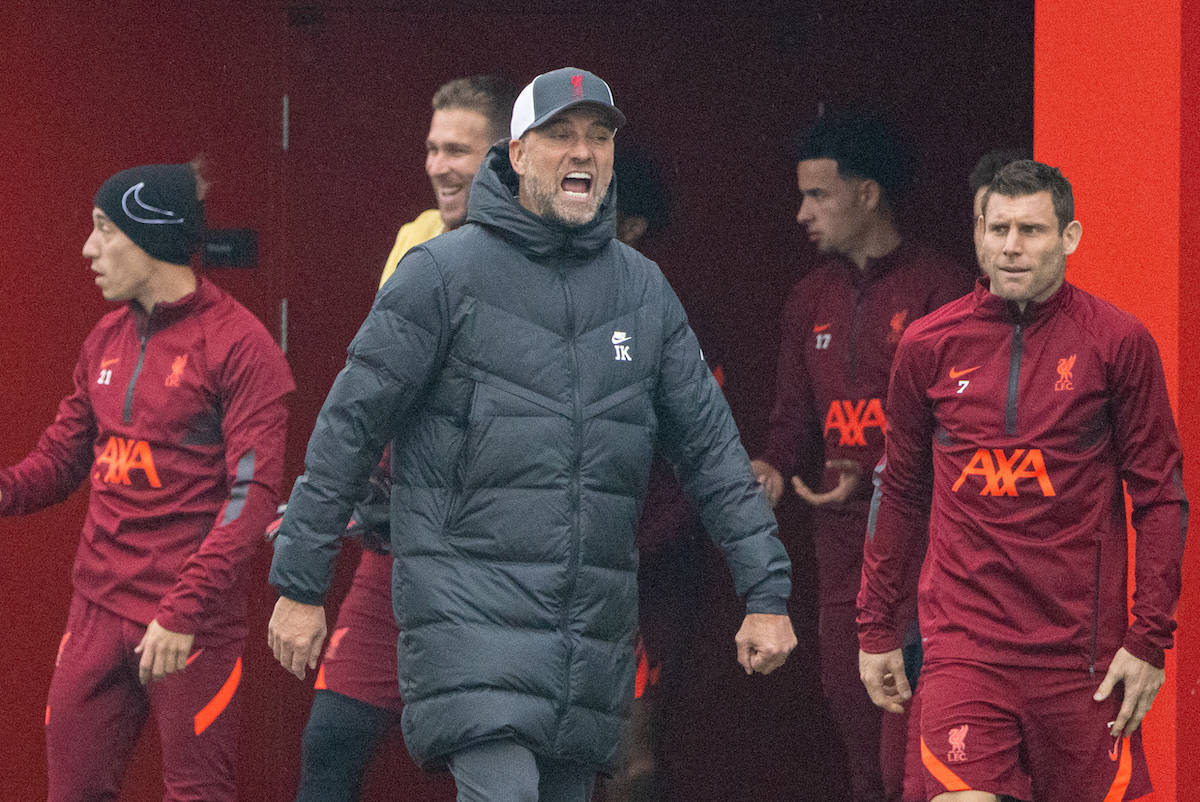 Liverpool manager Jurgen Klopp admits he cannot keep all his players happy but believes having “angry” squad members benefits his side.

Aside from the injuries which have beset his midfield – with Thiago Alcantara this week returning to training after a calf problem and James Milner (hamstring) and Fabinho (knee) both unavailable – Klopp has kept a fairly settled side.

Three of his front four have been rotated – in-form Mohamed Salah being the one exception – with Sadio Mane the one to miss out for last weekend’s historic 5-0 win at Manchester United.

“I don’t think that’s possible to be honest and I don’t think I did it, you should ask all the players in the squad,” said Klopp when asked how he had successfully kept everyone happy.

“I don’t try to keep them happy: yes I want them all to be happy but I want them to be angry as well when we play an opponent who wants our points.

“The thing we have to do is win football games, especially when you play for Liverpool, and as a footballer you learn early that you have to accept the decisions a manager makes and my team is doing that obviously.

“That doesn’t mean they are always happy about the decision, they just accept it.

“The job of the players is to always be that determined, that good in training that at the moment you can come in you can be really influential, that’s the deal.

“It’s not the deal here, it’s the deal everywhere.”

Klopp’s first-choice back four now appears to be Joel Matip partnering Virgil Van Dijk in the centre with Trent Alexander-Arnold and Andy Robertson on the flanks.

That has been particularly tough on Joe Gomez, who just over 12 months ago was the regular alongside Van Dijk only for injuries to prematurely end both players’ seasons.

But while the Netherlands captain has played every minute of all nine Premier League matches, the England defender has been restricted to just three starts, two in the Carabao Cup and one in the Champions League, in seven appearances with the latest Wednesday’s outing against Preston.

Gomez, who also appears to have fallen behind summer signing Ibrahima Konate in the pecking order, is likely to be on the bench again for the visit of Brighton.

“Absolutely, it’s not easy. That is clear. It was always clear in our situation (after last season’s injuries to all three centre-backs) that we had to bring in a centre-half. I think everybody agreed on that,” added Klopp.

“Joe didn’t play much yet, but that’s how it is. After the long injury we decided to start with Joel, which made absolute sense.

“Now Ibou (Konate) came in. We have to deal with Joey, at the beginning still we are dealing with intensity and stuff like this.

“We are not even halfway through the season and people are already talking about these kind of things.

“Now we have only top-class players in that position and that makes it a bit harder when you are not in the line-up at the moment.

“It was always like this in football – the only thing you can do is keep working really, really hard and your moment will come.”

Klopp will have Naby Keita available after the Guinea international’s “lucky” escape having been carried off against United following a tackle that saw Paul Pogba sent off.

Thiago is back in full training for the first time since mid-September following a calf injury but will not feature against the Seagulls, nor will fellow midfielder Fabinho who has a knee problem. 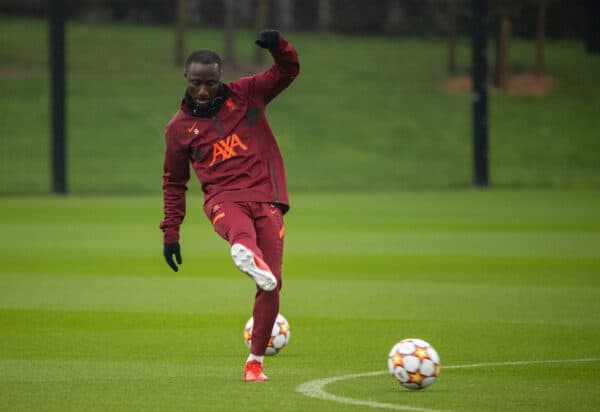 “Naby Keita looks good; we were all surprised, but he was obviously lucky so I think he will be ready,” said Klopp.

“With Fabinho it doesn’t look that good, it’s a bit more complicated. Not too complicated, but complicated enough to keep him out now again, probably.

“Thiago was in team training for the first time yesterday. We did a session where he could be part of pretty much the whole session – that doesn’t mean he is ready to play a football game, unfortunately.”