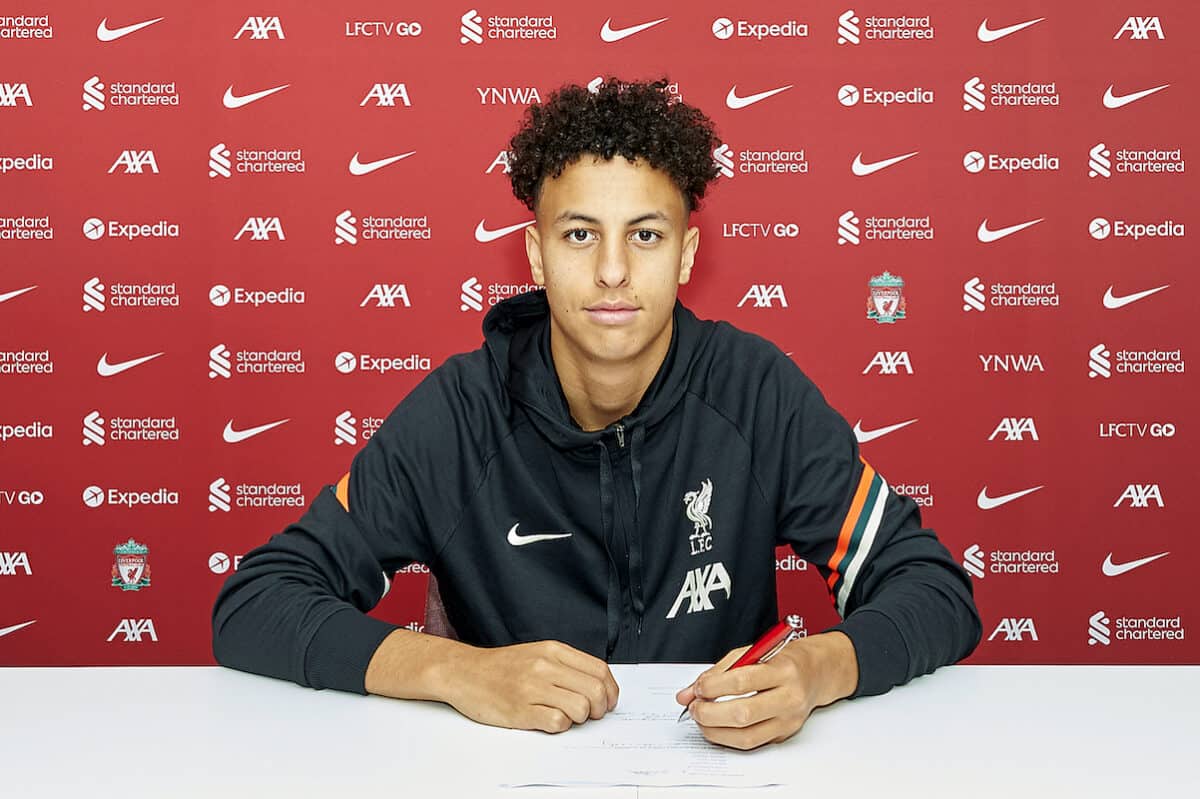 Now 17-years-old, Kaide Gordon has penned his first professional contract with Liverpool less than a month after becoming the fifth-youngest debutant for the club.

The talented winger has a long list of admirers, one that has grown significantly since arriving on Merseyside back in January from Derby at 16-years-old.

It was straight to the academy before he caught the eye of Pep Lijnders in the summer.

“‘Wow, we have a new player here!’” were Lijnders’ words to Jurgen Klopp over the phone after first witnessing a show of “fire” in all his actions during training with the under-23s.

And Gordon was subsequently drafted into the first team’s pre-season plans, and he has not looked back since.

The winger went on to play 194 minutes across five games during the pre-season camp in Austria and France, which he ended with an appearance at Anfield against Osasuna.

But his standout moment to date was undoubtedly his senior debut for the club in the League Cup clash at Norwich, named as a starter before playing the full 90 minutes.

Gordon’s appearance made him the fifth-youngest debutant in club history at just 16 years, 11 months and 16 days.

Now, having turned 17 on October 5, Gordon has signed his first professional contract with Liverpool.

He joins the likes of Harvey Davies, Luke Chambers, Oakley Cannonier and Mateusz Musialowski in agreeing to similar deals earlier this year, with talent not in short supply at the academy.

Liverpool will be eager to manage expectations but it did not stop Lijnders from showering the youngster in praise prior to his debut at Norwich.

“What you see a lot with these kinds of wingers is they can outplay, they can combine and he has a goal in him – he has this natural ability to be in the box, between the goalposts to score,” the assistant manager said.

“Not many talents have this. They may have the dribbling skills but they don’t have this desire to shoot, to come into the box, to score.