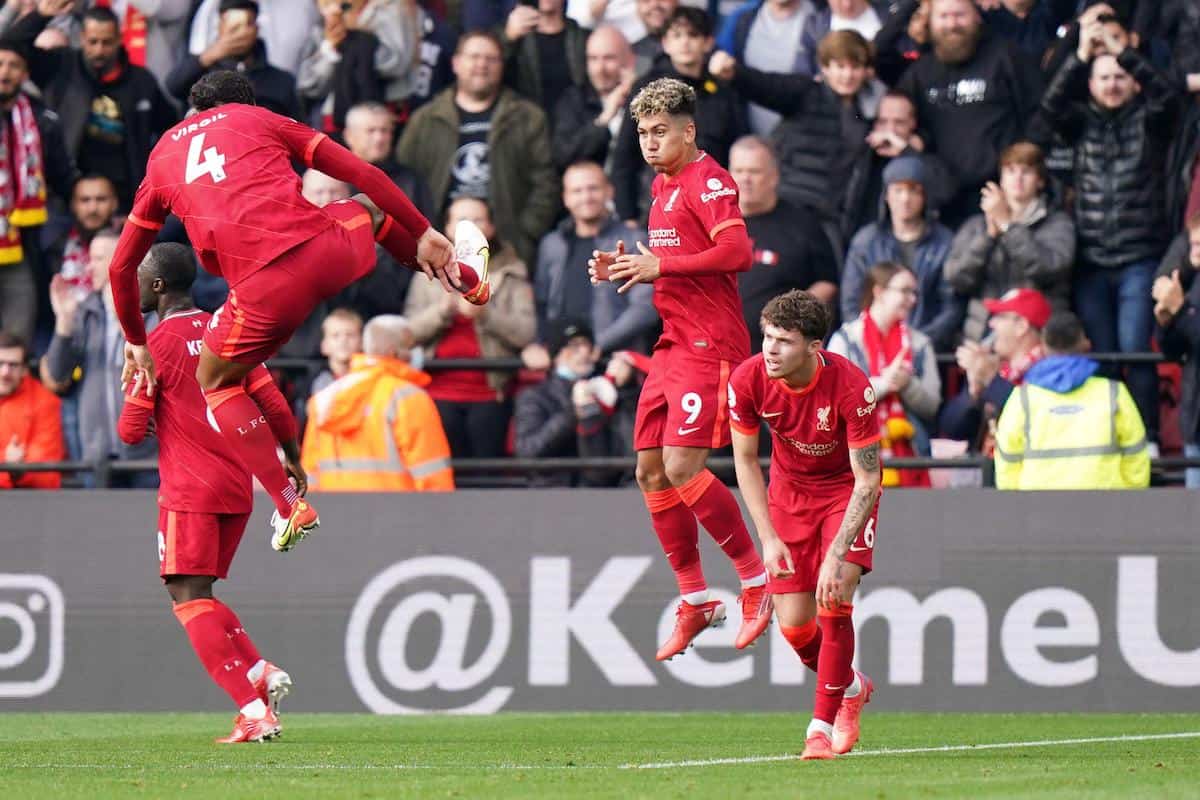 There is one thing Reds will have come to expect so far this season and that’s goals with 33 in just 11 games. But their record on the road is a new one for an English top-flight team.

Jurgen Klopp has his side purring in all facets of the game and with improvement still to be had across the board, it’s a frightening prospect for the opposition.

And home advantage is not always guaranteed when the Reds come to town as in their last seven away games in all competitions they have scored three or more goals.

No other English top-flight team in history has managed such a feat.

? Liverpool are the first English top-flight side in history to score 3??+ goals in 7?? consecutive away games in all competitions ?#WATLIV pic.twitter.com/SEDwbWtuXG

The Reds’ run dates back to the final away match in 2020/21 at Burnley, with three unanswered goals, with the five scored at Watford the latest in the run of the seven.

Burnley (three goals), Norwich (three on two occasions), Leeds (three), Brentford (three), Porto (five) and Watford (five), and only one of those matches ended without a victory.

In total, Liverpool have scored 25 goals in that time and have conceded just four in an impressive return that makes one question how they were so easily disregarded from the title race at the start of the campaign.

You may be surprised to learn that Roberto Firmino is responsible for seven of those goals, with Mohamed Salah the next best with six in what has been a fine run of form for Liverpool’s forwards.

Atletico Madrid will have something to say about the run moving to eight games on Tuesday after conceding just six in their opening 10 games, but you couldn’t put it past Klopp and his side.