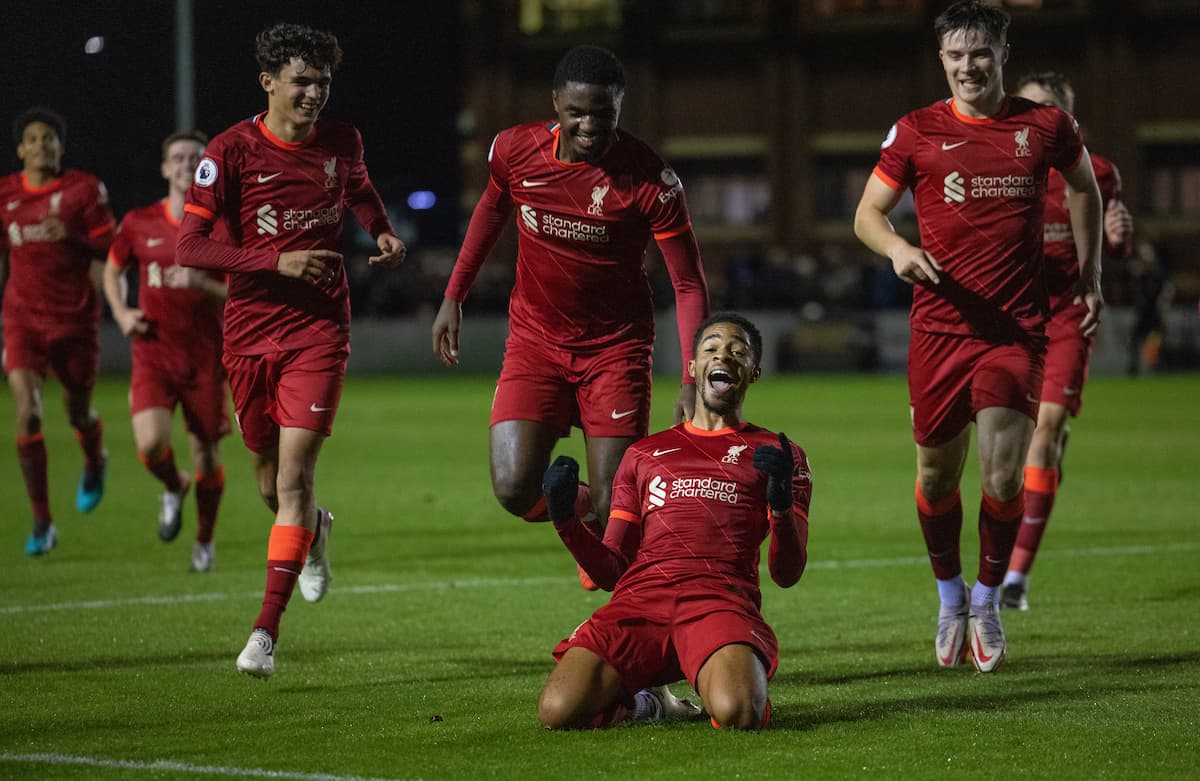 A much-changed Liverpool’s U23 side held Blackburn to a 2-2 draw on Monday evening, but with a League Cup fixture in midweek some could be involved at senior level soon.

Jurgen Klopp has habitually drawn on the depth of the club’s youth academy to fill out domestic cup squads and, especially with several midfield injuries in the team right now, that’s set to be the case against Preston on Wednesday.

With that in mind, it’s likely that the names who didn’t play against Blackburn in the Premier League 2 fixture are perhaps more intriguing, including a starlet from the third-round win over Norwich City, in Tyler Morton, who was entirely absent from the U23s squad.

Instead, the likes of Billy Koumetio featured, while goalkeeper Marcelo Pitaluga was also back in PL2 action after an injury absence, his first start in that competition in a month.

Stefan Bacjetic was pressed into action in midfield rather than his usual defensive role, while the more experienced face of Tony Gallacher featured at left-back, meaning pre-season starlet Owen Beck moved further forward onto the left side of attack.

There was another player who has had first-team links recently, with Elijah Dixon-Bonner – who was part of the travelling Champions Leauge squad to Atletico Madrid last week – starting in midfield.

It was Dixon-Bonner, in fact, who was the driving force behind the Reds’ good start and a two-goal lead at the break. 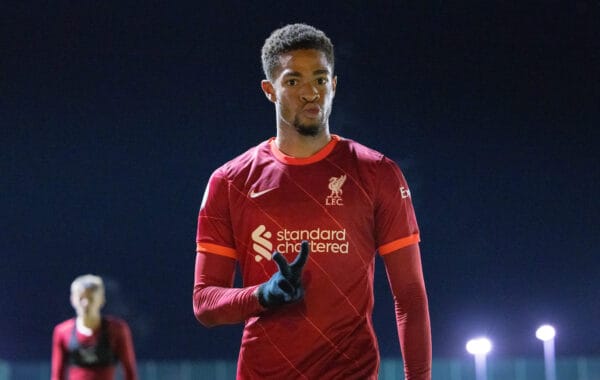 He followed in Max Woltman’s initial strike to tuck home the rebound and open the scoring early on, before firing in a fine effort just before the break after a cleared free-kick fell his way.

The young Reds will be disappointed to have only taken a point after being two up at that stage, and more so as both Rovers’ goals came in the final 12 minutes of the match.

A low cross was slid in by Jacob Davenport for the first, before Koumetio conceded a penalty by way of a handball, which he was unfortunate to see ruled against him. The spot-kick saw Davenport match Dixon-Bonner by netting a brace, just a few minutes before full-time.

While he has been with the senior squad and could feasibly be part of the group to face Preston, the fact Dixon-Bonner played the full 90 minutes on Monday probably rules him out of contention for midweek.

Morton, on the other hand, is surely set for a second senior outing after his strong second-half showing at Carrow Road. With Thiago, James Milner, Fabinho and Naby Keita all sidelined, he’s a near-certainty to come in and anchor the midfield against Preston.

Two other absentees from the squad could also be involved for the Reds, though perhaps only in a substitute capacity: Polish attacker Mateusz Musialowski and long-term academy prospect James Balagizi.

Northern Irish international Conor Bradley might also be in line for inclusion in the senior squad after only coming off the bench here, while forward Kaide Gordon is still sidelined and hasn’t played since the Uefa Youth Cup match against Porto on 28 September, just after making his senior debut against Norwich.