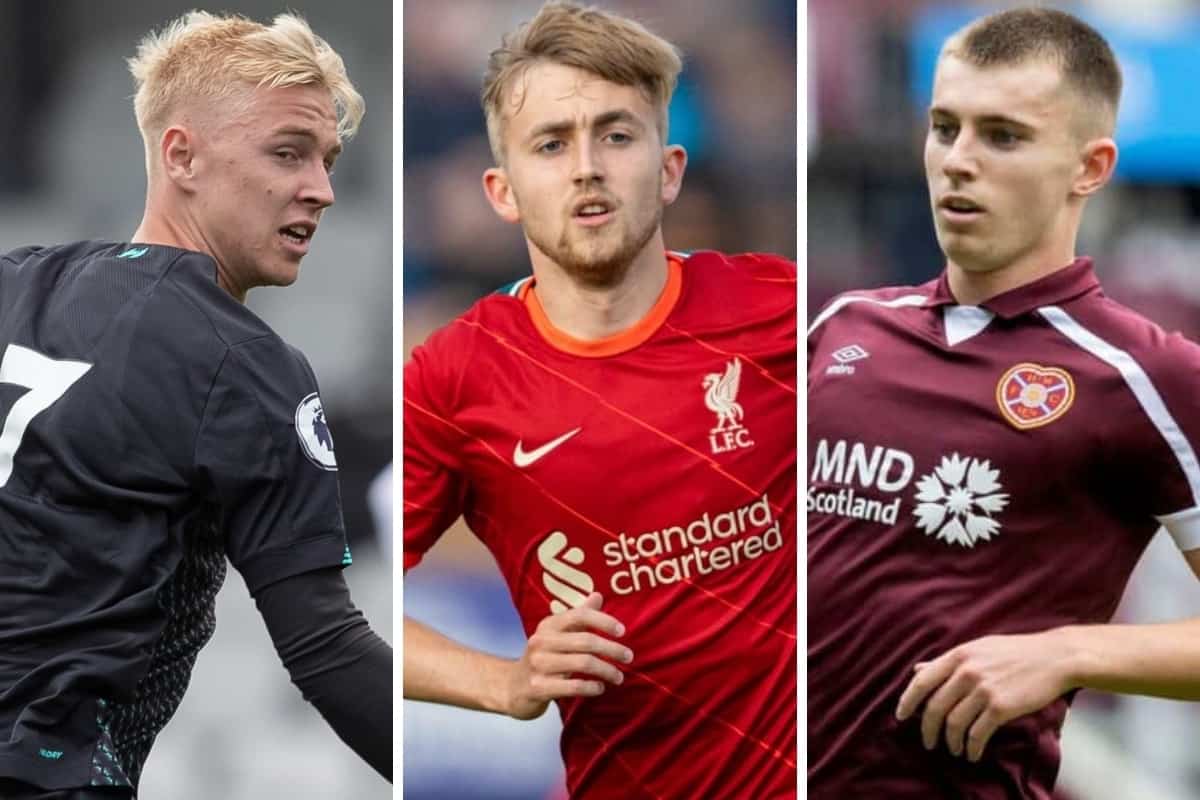 It took Liverpool youngster Luis Longstaff just three minutes off the bench to score his first-ever senior goal, relishing the moment in a big victory for his loan side.

Longstaff has been required to wait for his chances since joining Scottish League One club Queen’s Park FC on a season-long deal in August.

The 20-year-old has been a staple of the Reds’ academy sides after a move from Newcastle in 2015, but the time was right for him to head out and gain experience.

While it comes in the third tier of Scottish football, it arguably provides Longstaff with the reality check he needs as he transitions from youth football to the senior game.

The versatile forward, who has spent recent seasons as a No. 9 for Liverpool, is yet to start in the league for Queen’s Park, with his only two starts coming in the Challenge Cup – in layman’s terms, the Scottish equivalent of the EFL Trophy.

But he made a big impact on Saturday as he came off the bench for the fifth consecutive league game, replacing Bob McHugh with 14 minutes left on the clock.

Taking his place up front, Longstaff found the back of the net three minutes later, finding himself with space to turn onto Louis Longridge’s clipped pass in the box and fire through goalkeeper Sam Ramsbottom with his left foot.

The goal put Queen’s Park 3-0 up and on course for a comfortable victory away to Dumbarton FC, moving three points clear of Cove Rangers at the top of the table.

Next up is the visit of Alloa Athletic, and though it will be difficult to break into Laurie Ellis’s unbeaten side, Longstaff will be hoping his goal gives the manager food for thought.

Elsewhere, there were heroics from Polish goalkeeper Jakub Ojrzynski as Caernarfon Town held Penybont to a 0-0 draw in the fourth round of the Welsh Cup – but it wasn’t enough to thwart a penalty shootout defeat.

Ojrzynski dived well to keep out Kane Owen’s spot-kick, only to see his opposite number Ashley Morris save three in a row to help Penybont through.

The only other Liverpool loanees to suffer defeat were fellow goalkeeper Vitezslav Jaros and forward Sheyi Ojo, while Leighton Clarkson went unused in Blackburn’s 2-2 draw with Coventry.

There were wins for Ben Davies and Anderson Arroyo, and Ben Woodburn, Sepp van den Berg and Jake Cain were involved in draws.

It is unclear whether Rhys Williams is simply being safeguarded by Swansea manager Russell Martin’s side after being subjected to racist abuse during September’s 3-3 draw with Luton, but the 20-year-old missed his fourth consecutive game on Sunday.

Williams had been on the bench in the 0-0 draw with Derby prior to the international break, but was left out of the matchday squad entirely as Swansea beat Cardiff 3-0.