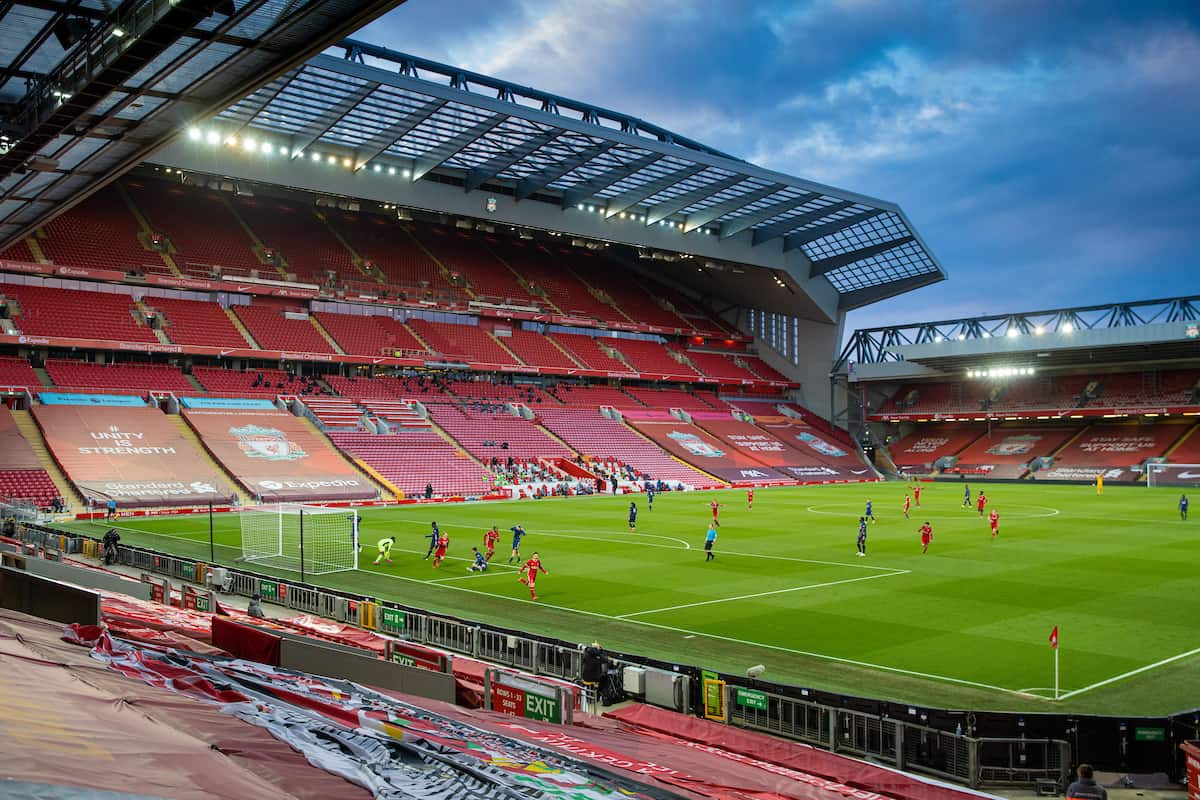 Liverpool’s under-23s will get a taste of Anfield on the weekend as they host an Arsenal side who currently sit in second place, 11 points ahead of the young Reds.

Whether at full capacity or with a few thousand in the ground with the first team or the academy, the significance of playing at Anfield is not lost on any player.

And it will be the case for Barry Lewtas’ side on Saturday after their league fixture with Arsenal was moved from Kirkby to Anfield with Jurgen Klopp‘s men in Watford over the weekend.

But fans will not have to pick or choose between the U23s and the first team, with the 4pm (BST) kickoff following on from the 12.30pm start at Vicarage Road.

Both teams will want to return from the international break with a positive result, ones that have not been too forthcoming for the U23s having won just one of their opening seven Premier League 2 games.

The Kop will be there to offer their support, however, as the only stand open for the match, and they will hope to witness a similar result to the under-18s when they hosted Arsenal at an empty Anfield back in April.

Mateusz Musialowski was among the scorers that day as the Reds notched a 3-1 win over Arsenal in the FA Youth Cup, and seven of that XI have been regulars for the U23s this season. 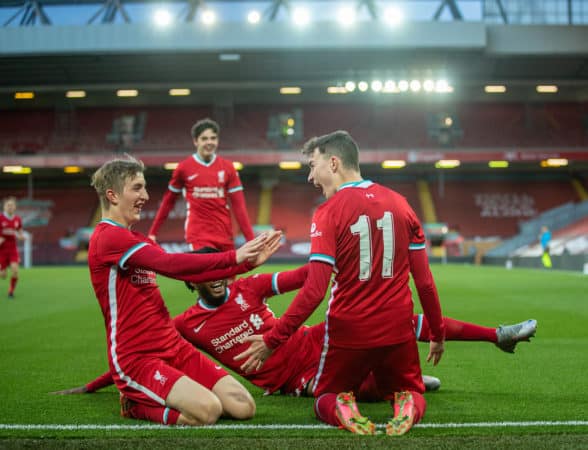 “For the U23s, I suppose the next step is always to play at the first-team stadium, so it’s something we’re all looking forward to,” Lewstas told the club’s official website.

“It would be good to get a few people in and give the boys a feeling of that stadium environment.

“A few of the lads will have had that experience of playing at Anfield before and that will be good for the game.

“It’s a competitive league and Arsenal are a good team, so it should be a good game for anyone who can come down and support the lads.”

Fans must buy tickets in advance, no later than 4pm on Friday, October 15 as there will be no walk-up admissions on the day.