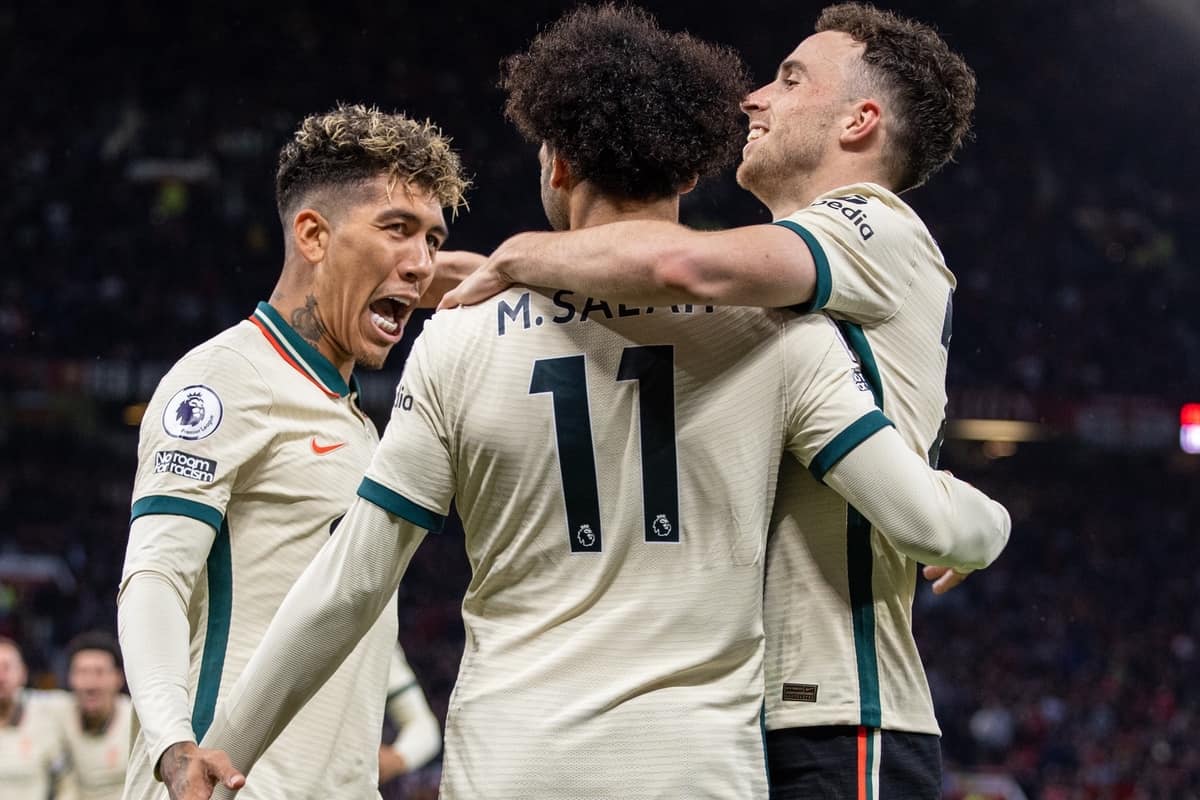 Sunday’s 5-0 thrashing of Manchester United at Old Trafford means Liverpool have now scored 41 goals in 13 matches in all competitions, have kept seven clean sheets and have not failed to score in any match since April 14.

Speaking ahead of the Carabao Cup tie at Preston on Wednesday, Lijnders believes a “back to basics” approach and giving the players as much time off as possible has been key to the goal rush.

“I think it has to do with how the team is playing,” he said.

“You can never judge scoring just by the goals scored; it’s how we move the ball from the back, it’s how we are protected, it’s the whole package that creates our front players getting in constantly good positions to score.

“And then the quality of our front three, we said they look like raptors in Jurassic Park. They are lethal and that’s what we want of course.

“We always want to improve but sometimes improving is just going back to basics and that’s what we did in pre-season. Also top players need a break. After emotional periods, after lots of finals, a lot of intense seasons it’s good for them to have a break.

“You have to respect the process of recovery, not only between the games but also between the seasons. Long may it continue.”

Although Old Trafford hat-trick hero Mohamed Salah and fellow forwards Sadio Mane and Roberto Firmino are unlikely to be included in the squad at Deepdale, Lijnders believes there will be no change in attitude from the players in the last-16 tie.

“We are trained to do this, we are used to playing every three or four days,” Lijnders said.

“If you want to achieve big things you have to focus on the small things, which means we have to do the session after the game right, the recovery process right and we have to prepare the team and the players who are going to play against Preston.

“What I like about us is that we don’t prepare differently if we go away to Preston or we go away to Man United and you see that in the mentality of our players.

“You see that in the hunger in the sessions and as long as that’s the case, that the day before the game the session is so intense and quick and difficult for the starters, we are really confident to attack the next game.

“That’s what we want. Going game by game, session by session focusing on the small things, being ready and show our fans away at Preston our hunger, our desire and our way. That’s the only way to become consistent in a season.” 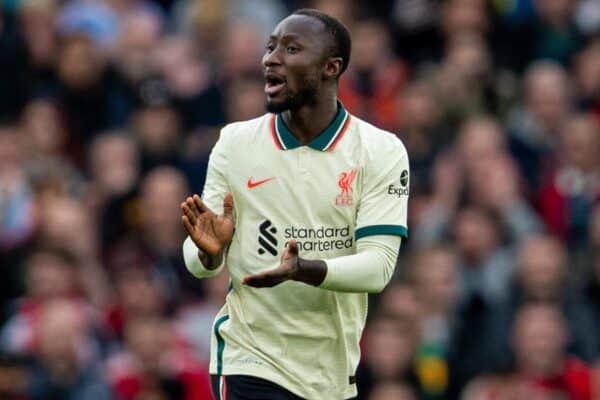 James Milner will be sidelined until mid-November with the hamstring injury sustained on Sunday, but Naby Keita suffered only bruising in the challenge from Paul Pogba which saw the United midfielder sent off.

Referee Anthony Taylor initially showed Pogba a yellow card but changed it to a red after being told to check the pitchside monitor.

“I think we should speak about VAR because it’s a major advantage in my opinion to protect the players,” Lijnders added.

“Sometimes we whine about the referee or the performance of the VAR but this is exactly why it’s there, to make the game honest and protect our players and that’s what I really like.

“It was a bad tackle, luckily Naby’s foot was not on the ground so it’s just a bruise. It could have been much worse.”