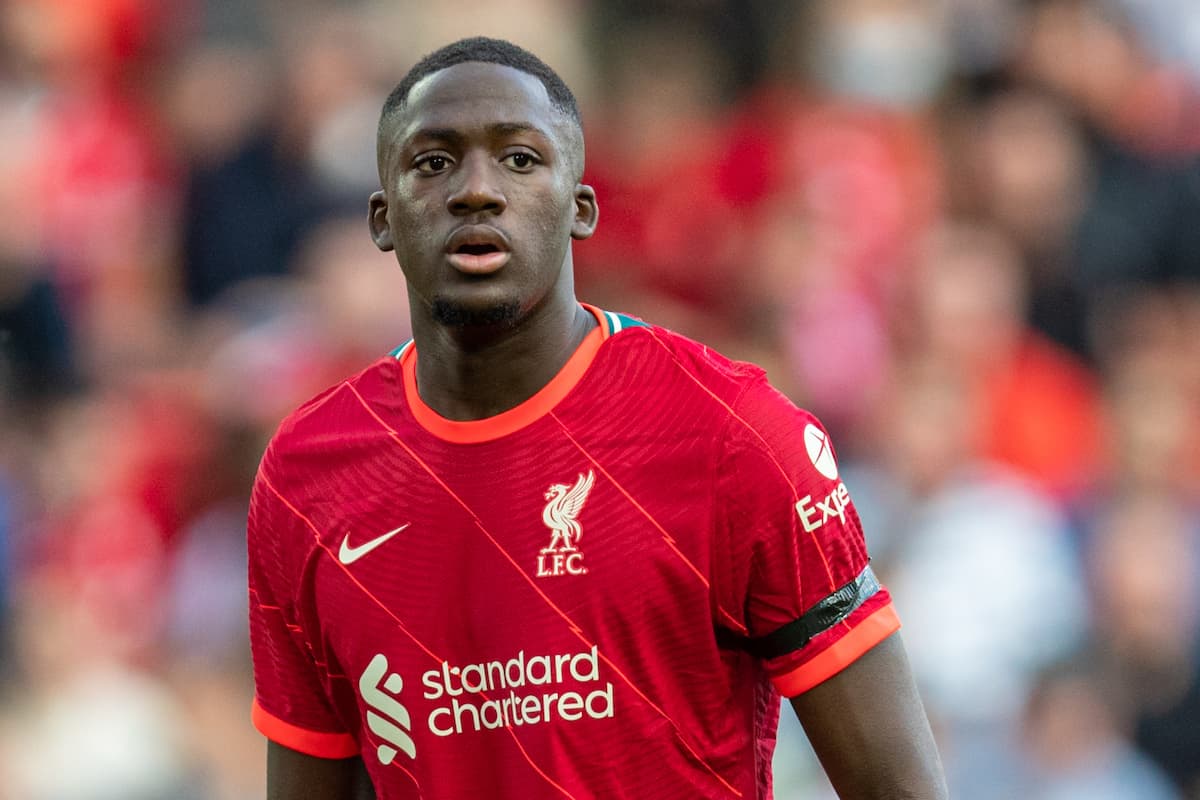 Jurgen Klopp brings Ibrahima Konate into the line-up for the match against Man United – but there’s still no Fabinho in the team.

Back-to-back huge matches for the Reds, after the midweek win at Atletico Madrid, would ideally have everyone fit and available – but the boss has had to make do with the midfield available to him over the past week or so due to injuries and other absences, and that continues here.

Man United have not been in great form of late, but it’s still always a huge encounter and one where the Reds need to be at their best on and off the ball to ensure their quality counts.

To that end, it’s no surprise to see Jurgen Klopp make two changes from the Champions League encounter on Tuesday, though it is a shock to see Fabinho omitted – reportedly due to a knee knock.

The two changes are Konate in for Joel Matip, and Diogo Jota in for Sadio Mane.

Alisson is in once again in goal, behind a back four of Trent Alexander-Arnold, Ibrahima Konate, Virgil van Dijk and Andy Robertson.

Jordan Hendersonthen anchors the midfield, with James Milner and Naby Keita either side of him once more in the key No8 roles.

And in attack, it’s Mohamed Salah and Diogo Jota either side of last weekend’s hat-trick hero Roberto Firmino. 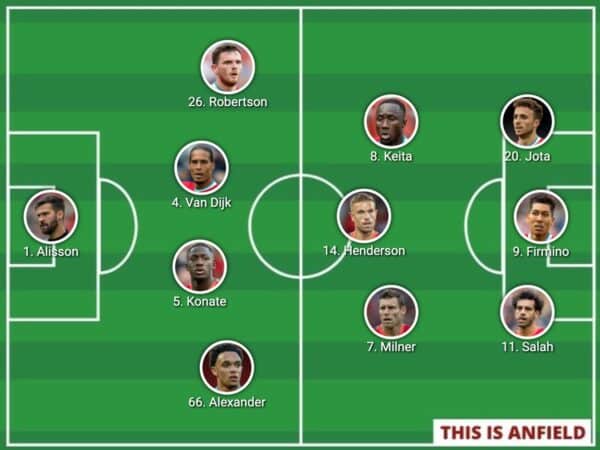