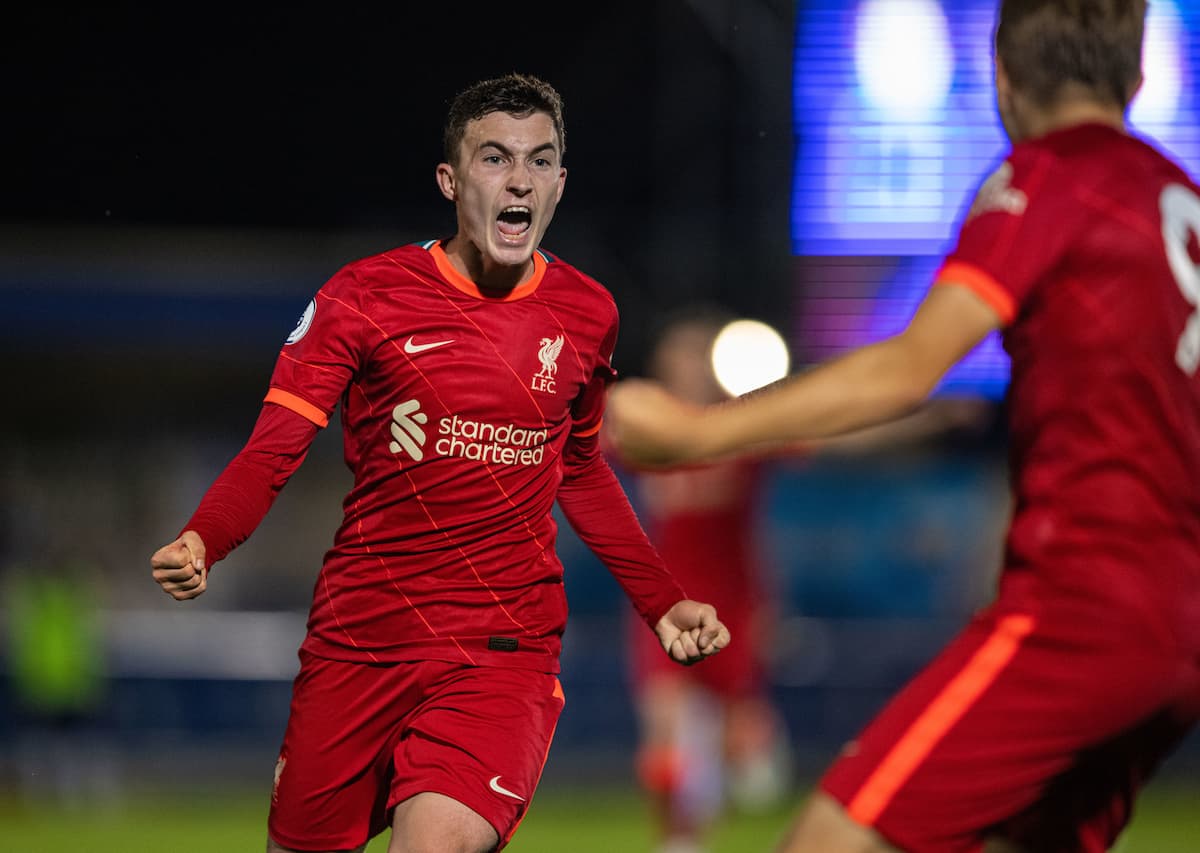 Liverpool under-23s marked a memorable afternoon at Anfield by thrashing 2 high-flyers Arsenal 3-0 thanks in part to the standout Mateusz Musialowski.

After a fairly even first-half showing at Anfield, Barry Lewtas‘ men came flying out the blocks after the interval as they shocked the Gunners by firing three goals in nine second-half minutes.

Musialowski, who was celebrating his 18th birthday, handed the Reds their much-craved goal just before the hour mark, when he went on one of his trademark marauding runs into the box before emphatically firing his effort through the legs of Arthur Okonkwo.

Moments later, the returning Paul Glatzel, who has spent the early parts of the season on loan over at Tranmere Rovers, hit Arsenal with further misery as he self-carved an opening with some delicate footwork before placing his effort into the far corner from close range.

And James Norris sent a healthy Anfield crowd into further joy as he picked the pocket of Tim Akinola on the halfway line before running the length of the half before coolly slotting past the helpless Okonkwo to send Lewtas’ side into dreamland.

The win is the Reds’ first since August when they beat neighbours Everton in the mini-Merseyside derby. 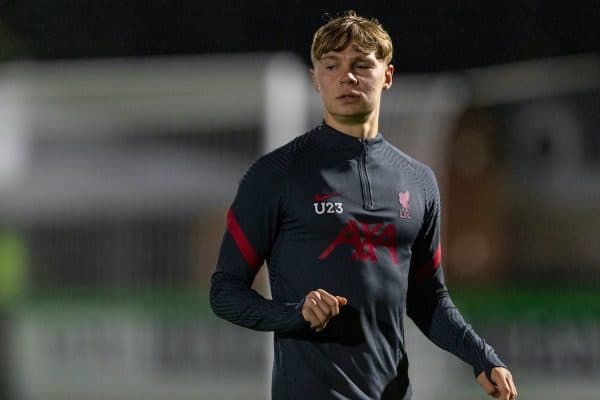 Having only featured for Tranmere five times so far this season, Glatzel made his return to Lewtas’ side in order to keep the match sharp.

Having missed large parts of the last campaign through injury, and having trained with experienced Football League players every day so far this season, Glatzel was ever so impressive with his performance.

The young Reds have been in desperate need of a focal point at times this season as they have been forced to endure the pain of missing academy hotshot Layton Stewart – who is still sidelined with a long-term injury – and Glatzel’s performance as an old-fashioned No. 9 saw him play an instrumental role in the victory as he was able to hold up anything that was pumped in his direction.

In addition, his linkup play with Musialowski allowed the young winger to flourish in his preferred position out on the left-hand side instead of being forced to operate down the middle alongside two physical defenders.

Glatzel marked his return with a well-taken finish early in the second half as he put the game well beyond Kevin Betsy’s side.

Lewtas explained after the triumph that the young forward, who is still based on Merseyside, is able to feature for his side if he is not getting the sufficient minutes under Micky Mellon. 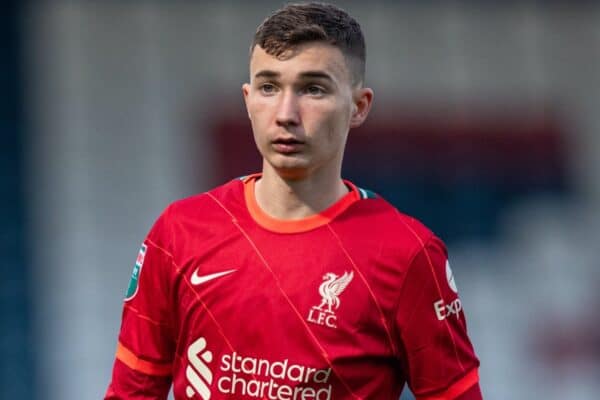 The Polish forward certainly marked his 18th birthday in pretty special circumstances as he put on exceptional individual performance in front of the thousands of Liverpool fans who had come down to Anfield to support Lewtas’ side.

Having lit up the U18 during his debut season at the club, Musialowksi has since been rewarded as he has found himself involved with Lewtas’ side on a frequent basis this season.

However, he has, like many of those who have made the off-season jump between age groups, found the acclimatisation to his new level hard.

As he, and Liverpool, have struggled to showcase their quality thus far, having only racked up one league win so far this season.

This felt like Musialowski’s arrival at this level as he ran ragged a side that have gone toe-to-toe with Man City in the early weeks of the season.

With the Kop his backdrop on Saturday evening, Musialowski effortlessly assigned himself with the role of an entertainer as he dipped and weaved in and out of any challenges those in luminous green attempted.

Operating off the left-hand side of a front three, he was the Reds’ outlet as Arsenal looked to pile plenty of pressure on Lewtas’ side during the early stage of the contest.

Having become a household name among Reds supporters after his impressive solo goal in April fended off strikes from Mohamed Salah and Sadio Mane to win the club’s Goal of the Month competition, there was plenty of similar, eye-catching qualities on display against the Gunners.

He would not be begrudged for feeling upset that he did not take the match ball home as he had plenty of chances to add to his tally while cutting in off the left-hand side.

That became his customary party trick all afternoon as he gave Zak Swanson a torrid run around at Anfield, only for the defender to be saved by the Gunners’ goalkeeper.