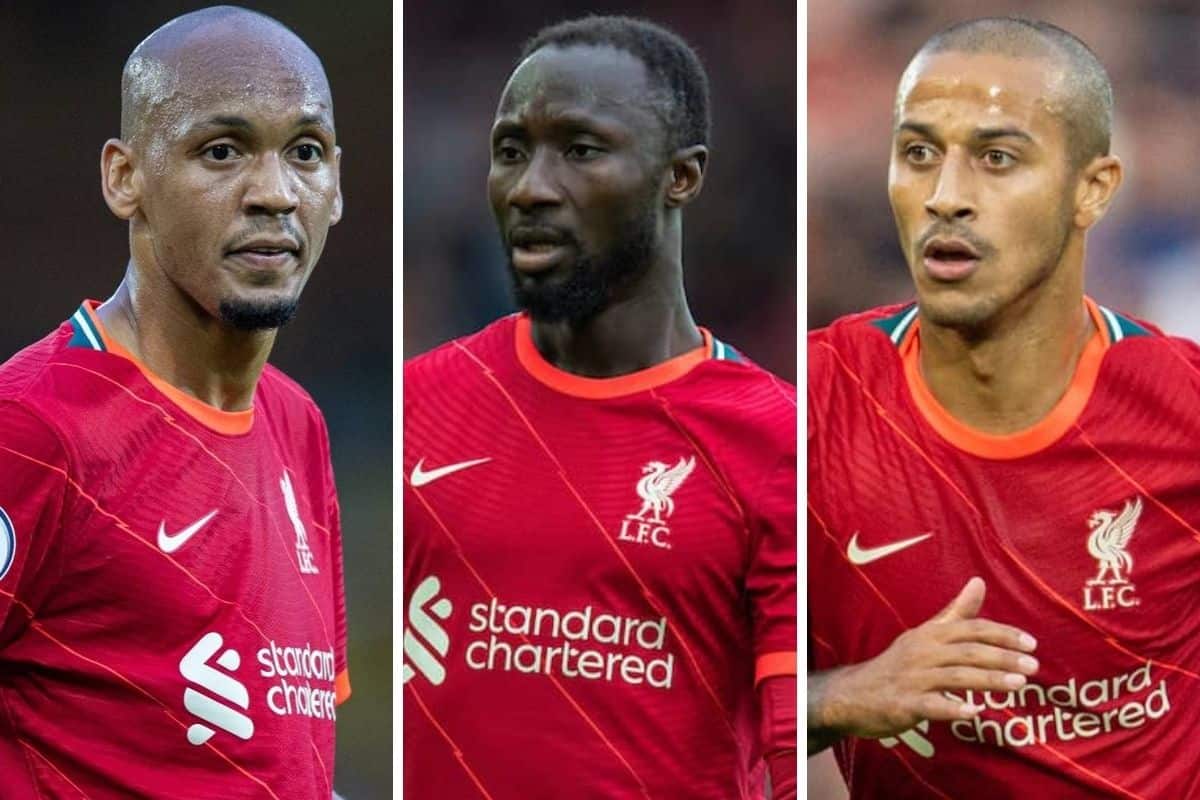 Jurgen Klopp offered a mixed injury update on Naby Keita, Thiago and Fabinho, with the former a likely chance to feature against Brighton.

Liverpool had little in the way of luck regarding injuries to midfield players so far this season with Jordan Henderson and Alex Oxlade-Chamberlain the only ones to avoid such fate.

But on Thursday the Reds were offered a welcome boost with both Thiago and Naby Keita taking part in training at Kirkby ahead of Brighton‘s visit on Saturday.

The Spaniard has been out of action for nearly six weeks due to a calf injury while Keita was lucky to escape Paul Pogba’s reckless challenge on his shin without serious damage.

Their presence provides a boost to the Reds’ numbers ahead of another big week of action that includes fixtures against Brighton, Atletico Madrid and West Ham in the space of eight days.

And on the availability of the duo for Saturday’s league game, Klopp said:

“Naby Keita looks good, we were all surprised but he was obviously lucky. So I think he will be ready.

“Thiago was first time yesterday in team training and we did a session where he could be part of pretty much the whole session, but it doesn’t mean he is ready to play a football game, unfortunately.

“We will see what we do with him but he is much closer than he was last week!”

Fabinho, meanwhile, was not pictured with the main group on Thursday after suffering a knock to his knee during his 45-minute appearance against Atletico Madrid.

It was something Pep Lijnders said the club would be taking “day by day” prior to the mid-week win at Preston and Klopp has now explained his injury is a bit “complicated” and enough to keep him out of Brighton‘s visit.

“With Fabinho it doesn’t look that good, a bit more complicated. Not too complicated but complicated enough to keep him out now again, probably,” Klopp said.

“I’ll still wait for last news but he was not in team training yet and that means it’s never a good sign.”