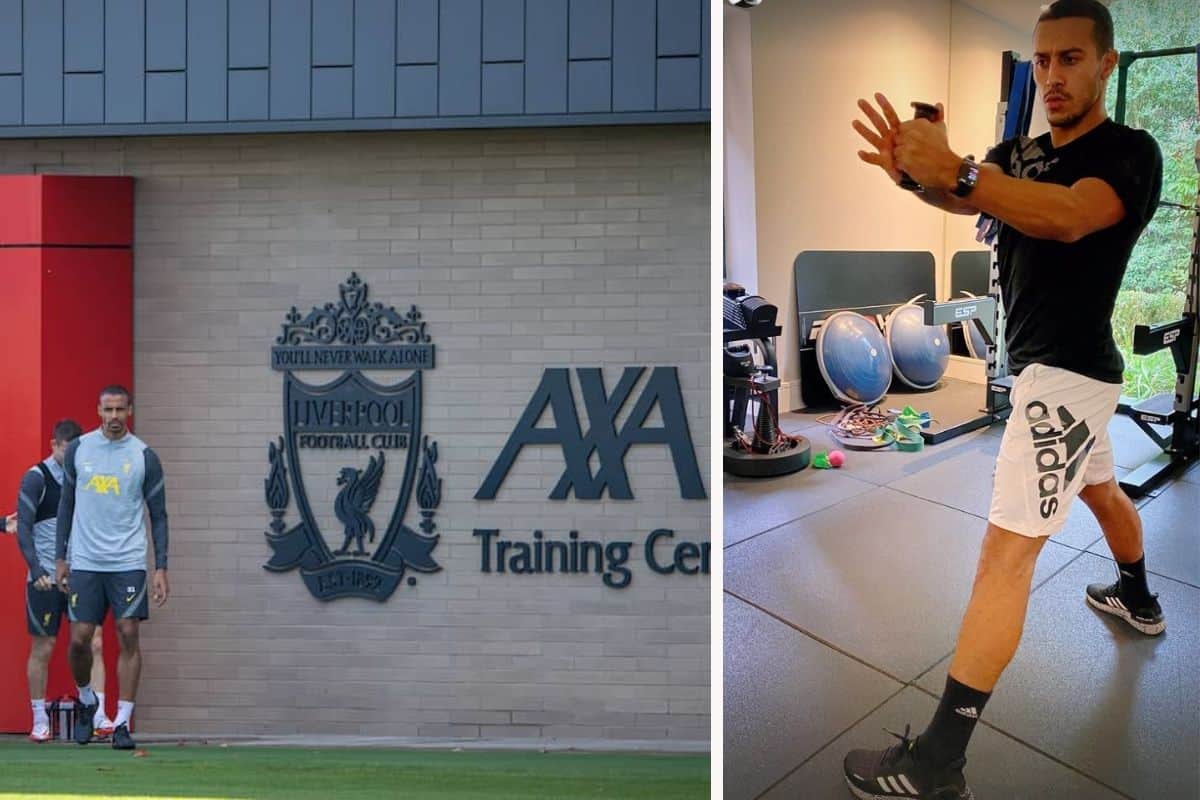 Liverpool’s preparations for the trip to Watford started on Tuesday, with only a handful of senior figures present while Thiago continued his individual programme.

The Reds are less than three days away from restarting their Premier League season at Vicarage Road and Jurgen Klopp has a number of selection conundrums on his hands.

But Trent Alexander-Arnold is to be a straightforward one after the right-back returned to training following a groin injury that kept him out of the fixtures against Porto and Man City.

The right-back was one of just nine senior outfield players present at Kirkby on Tuesday as eyes started to turn toward the weekend, but Thiago will be expected to miss out once more.

The Spaniard has been unavailable for the last four games after having been withdrawn during the match against Crystal Palace with a calf injury, one that continues to keep him away from team training.

“After the international break” was Klopp’s realistic target for the No. 6 but the first of seven games in 22 days will be too soon as continued to put in the work for his recovery.

Diogo Jota could join him on the injury list after returning early from international duty with Portugal after failing to train or play due to a muscle issue.

But Roberto Firmino will be ready to step into the XI after three appearances off the bench following his own return from a fitness issue back in September.

Meanwhile, James Milner and Alex Oxlade-Chamberlain will have been eager to take advantage of international absences to stake a claim for Saturday as the two sole midfielders in the training group. 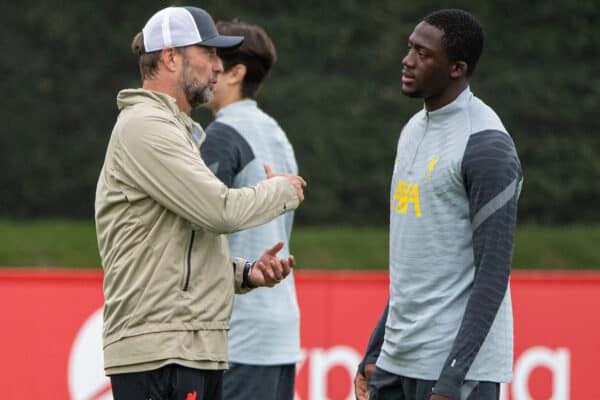 Joel Matip, Joe Gomez, Ibrahima Konate and Nat Phillips were also present on Tuesday as part of the 12-man group that was under the watchful eye of Pep Lijnders and Klopp.

And with Alisson and Caoimhin Kelleher both representing their country, 18-year-old Fabian Mrozek joined Adrian and Marcelo Pitaluga in the goalkeeping group.

The Reds will be bolstered by the return of 11 senior faces in the next day as the international break comes to a close. 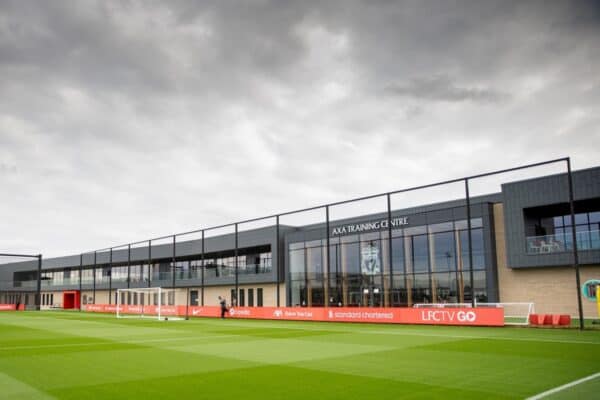