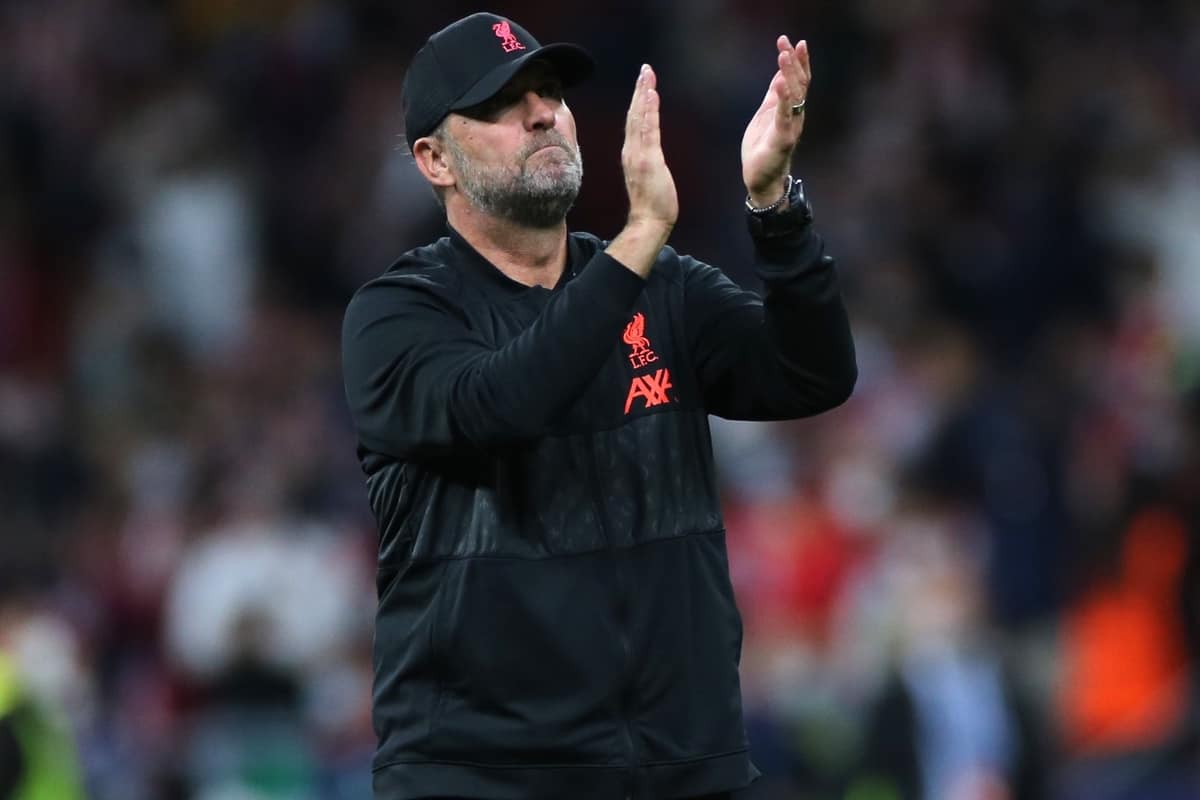 It’s no secret that the margin for error in the Premier League is slim and there would be no better time for Liverpool to make a “big statement” and reverse their fortunes at Old Trafford.

It’s one of the biggest days on the calendar but the Reds have won only three times at the home of Man United since 2005, a tally that needs adding to on Sunday.

Jurgen Klopp‘s side heads into the clash off the back of a 21-game unbeaten streak while United have not won any of their last three league matches.

But form often means nothing in encounters such as these and that Liverpool could record back-to-back league victories at Old Trafford for the first time since 2002 speaks volumes of the fact.

Jamie Carragher can attest to finding little enjoyment from the short trip on the M62 but a second win in as many seasons could prove decisive to the Reds’ season ambitions.

There have already been two draws against fellow ‘big six’ members Man City and Chelsea and avoiding a third and instead taking all three points on Sunday will prove to be “a really big statement.”

“If Liverpool want to win the league, they’ll have to start winning games against the other so-called ‘big six’ or ‘top four’,” Carragher told Sky Sports.

“This is their third opportunity so I think it would be a really big statement if Liverpool could go to Old Trafford and win for that reason.

“Whether last season gives the Liverpool players that bit of confidence to go to Old Trafford, but for me, it’s a completely different proposition and Liverpool have found it difficult historically really.

“Man United at home against Liverpool notoriously, going back 10 or 15 years, they’ve had Liverpool’s number in the fixture.

“Liverpool have found it really difficult to win at Old Trafford and going back a long time, even the great Liverpool teams, it’s always been a venue Liverpool have struggled at.

“We had a little spell of winning there under Gerard Houllier, but there hasn’t been too much since that really.

“From Liverpool’s point of view, they’ll want to put in a good performance, but I think they’ve got to start winning at Old Trafford.

“This would be the third game Liverpool have played this season against a rival, and they haven’t won any of the other two.”

The trip last season ended in a 4-2 win, the first under Klopp’s reign, but the challenge will be different once more with the return of fans and Liverpool need to rise to the occasion.

They’ve been guilty of not doing so in the past but with a four-point lead over United heading into the clash, Liverpool cannot let them off easily when it is all there for the taking.

As Carragher alluded to, there are only so many points one can drop on route to the title and avoiding doing so at Old Trafford would be significant to say the least.